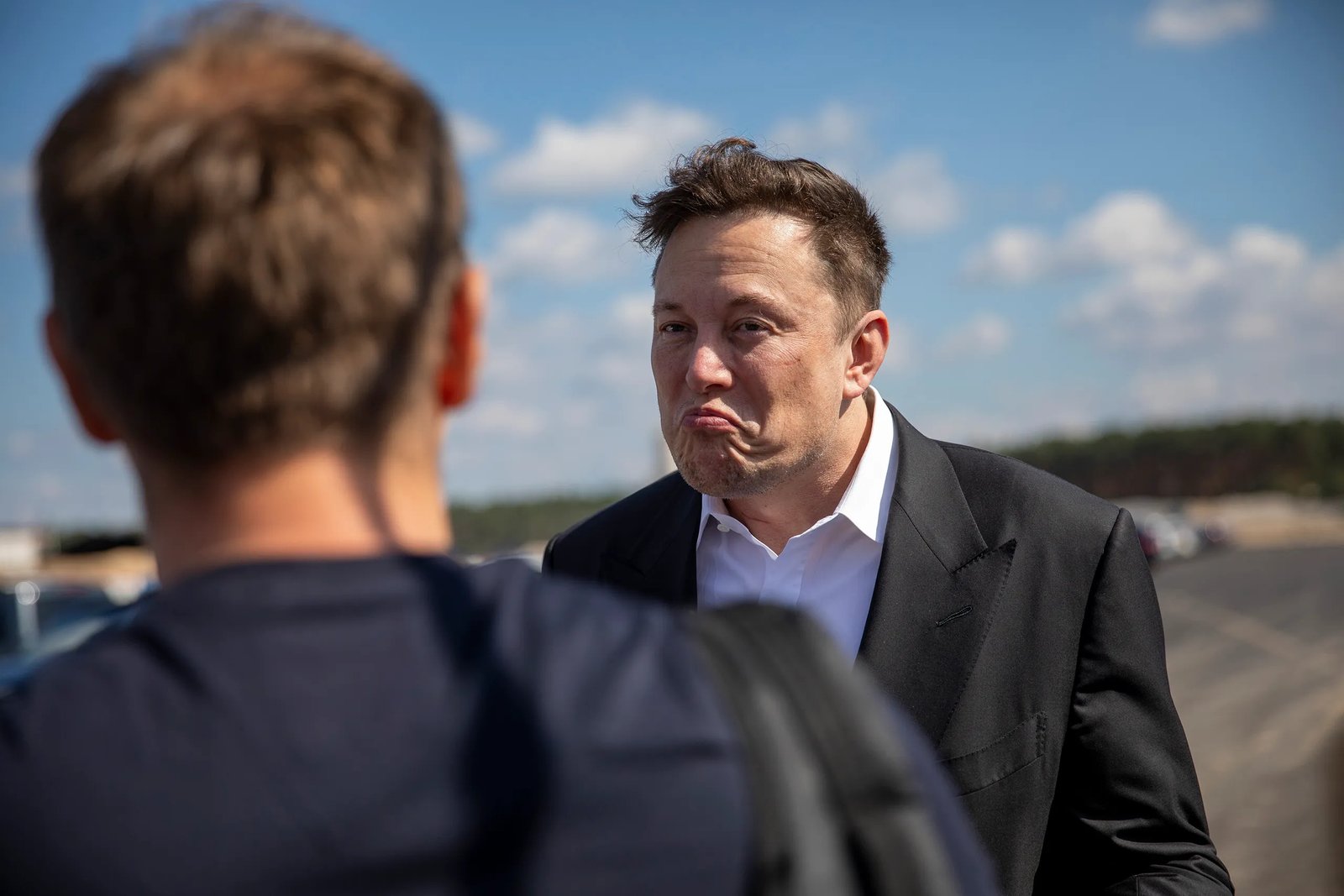 Why Author says Elon Musk’s antics are ‘jazz hands from a billionaire’? Take The First Look:- Former president trump may soon be back on Twitter. The owner of, Twitter Elon Musk, is hosting a poll on his feet of whether to reinstate the former president’s account.

This comes after he banned several controversial accounts, including Kathy Griffin, Jordan Peterson, and all of the quitter’s officers currently closed — and a mass exodus is underway after Elon Musk’s ultimatum to staff to work quote extremely hard-core or leave.

Last weekend, your co-host told us you’re on the show and your podcast that he would be surprised to Twitter went down in the next week. Are you going to see, the whale with the little bird up in the air?

That was years ago. These systems are very resilient. I think people panic a little bit about that, but what could happen is if he starts to push real changes that could cause problems. If there’s a mass amount of people, like for the world cup, that could cause a problem.

If someone makes a mistake, that could cause a problem. What you’re gonna see is a lot of problems on the edges. If you have to factor authentication, a new sign-off, you can sign back on. Or whether you want your archives, it’s hard to, get them because they’re moving slowly, if you get it all.

As the kind of thing, you are going to see. Like they brought Kathy griffin back, but she seems to have lost all her followers. Things like that that has never happened before. The wholesale collapse certainly could happen. But there are systems and backup systems.

He’s just making it riskier for them. What are you hearing from employees still left on Twitter about what’s happening inside the company? Are people being locked out and given mixed messages and so on, this is no way to run a railroad I think.

I think they think he’s manic. They don’t know what to do. Some of them can’t leave because they’re on Visas so they might have personal issues and things like that. A lot of people left on this hard-core sign for hard-core or else kind of thing.

I think 1000 people left. And they already cut it in half to 3700. That’s a lot of people. A lot of these tech companies are shutting down workers because they over-hired. Twitter’s been famous for the.

That said he did it indiscriminately all once because he has some neat notion that he is a chemotherapy to this company. But chemotherapy is also poison.

He doesn’t know what’s going on. He’s doing a lot of formative stuff about technology. He showed a picture that’s not a code review, but just — so he’s gonna keep marketing it to cost people to pay attention. Numbers are up because everybody likes traffic accidents.

So the numbers are up? This is working for musk what he’s doing right now do you think? >> I don’t think this is good marketing, but everybody looks at it like Donald Trump knows. That if you make noise and you can raise money, you can get attention, you can get the media fixated on you, you it only helps Twitter in that regard.

I don’t think it helps it for good. Is not saying why it’s a good place to be. It’s just, saying what a crazy person is running. This look at what he’s gonna do next.

How sensitive is musk to criticism? You recently got an email from him about some of the tweets that you sent. What did he say? We’ve been going back and forth for a few years. I’ve covered him for 20 years or more. He was just angry about a tweet that I tweeted from the Washington Post that Elon is going to Elon Musk.

I’m not sure what sets them off. It’s just like. That is just manic. Maybe he’ll start talking to me again. He’s just like. That he’s very thin skin. Like a lot of tech people. It’s all well and good when you’re agreeing with him, but when you push back, there’s something wrong with you.

It’s also performative. Someone called it’s not getting through. It’s not marketing, it’s snarky marketing, so it’s snarky adding. He has this poll on restating trump. I was at the white house. I was there when trump got off Twitter.

I suppose this is one popular vote that trump may win. What does Elon Musk do at that point? I suppose it’s gonna put trump back on Twitter. Trump has said he’s not interested in getting back on Twitter. Whether or not that’s true feelings we don’t know.

It’s all performative. This whole thing is performative. Of course, he’s gonna put him back on. He was supposed to have a moderation council and he put people back. On anything, he says to take it with a large grain of salt, and he does what he wants, he’s the owner, onset has a lot of money.

That’s one of the things pressing down on, him in a poorly big payment shoe. He’s very wealthy and may throw more money out, and he has a lot of rich friends, bankers made that a mauve, but he has to ultimately run a business and have products that people like to use.

That’s what you should be focused on. The rest of it is hand waving. It’s jazz hands for millionaires essentially. This is one of those things, like my parents, they’re not on Twitter. I suppose there are a lot of people.

Exactly. Is this something that you are now and folks in our would make such a big deal about but it doesn’t have as big of an effect on everybody else? Another question I have is, why can’t somebody come up with a Twitter that is a good thing for the world? Like where we can go out there and share information, share the news? Twitter is a great thing for local news outlets, newspapers, and that sort of thing.

So two questions there. What do you think? Let me start with the latter. There are a lot of people working on helping it all. He started ways, post start news, focused on, use and people of differing opinions. There are lots of people starting things.

Lots of people are trying to figure out how to do this again because it’s an opportunity if Elon Musk fails here. Twitter is a great brand. That’s one thing. But most people don’t use it. That it’s media and politics. Marjorie Taylor Greene once to just as much as you do Jim.

It loves the thing. it has a little echo chamber. In that way, it’s powerful because the powerful use it. Celebrities drop off because it’s messy. Advertisers don’t want anything to do with this thing right now. It punches above its weight.

It occupies, its lives rent-free in the head of media and politicians, so that’s why it’s important. It’s a great product when it’s great. When it’s, not it’s a cesspool. That’s what you’ve got here. It’s a bar that getting dicey for a lot of people.

Well, we all look out for that failure in the next coming days. Anytime you want to come on this old-fashioned technology called TV, we’re happy to have you.

Thanks for reading till the end. Comment what your opinion is about this information:– “Why Author says Elon Musk’s antics are ‘jazz hands from a billionaire’? Take The First Look”

1 thought on “Why Author says Elon Musk antics are ‘jazz hands from a billionaire’?”