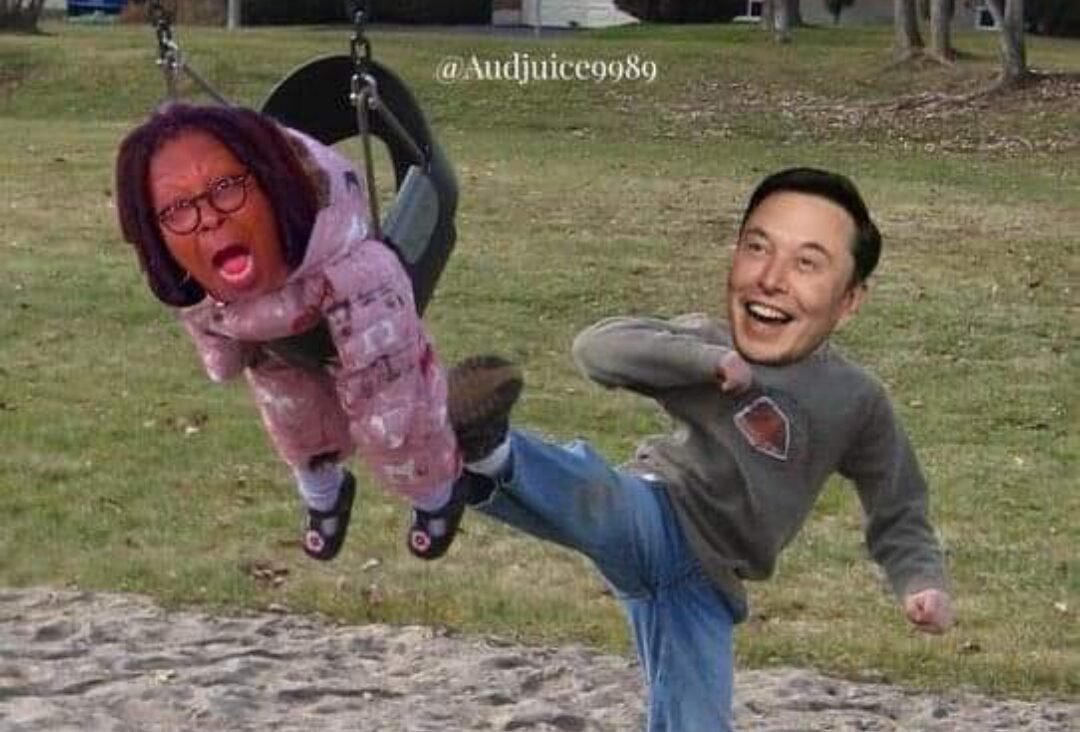 Whoopi Goldberg Joins Celebrity Exodus From Twitter: ‘It’s So Messy’? Take A Look:- ”I’m gonna get out, and if it settles down and I feel more comfortable, maybe I’ll come back,“ Goldberg said

Whoopi Goldberg is joining the celebrity exodus from Twitter in the wake of Elon Musk’s takeover. The host of “The View” announced the news during Monday’s show.

“I’m gettin’ off,” she said. “I’m gettin’ off today because I just feel like, you know, it’s so messy and I’m tired of now having had certain kinds of attitudes blocked, and now they’re back on. I just, I’m gonna get out, and if it settles down and I feel more comfortable, maybe I’ll come back. But, as of tonight, I’m done with Twitter.”

Though the rest of the table largely agreed that Twitter is a “hellscape,” none of Goldberg’s cohosts said they’d be leaving Twitter with her.

“You’ve got this Elon Musk turning it into something that it was never intended to be,” Sunny Hostin said. “He said it’s gonna be ‘the public square,’ well, I don’t wanna be part of that public square. But I also don’t want to miss the valuable information that can be put on there.”

Host Sara Haines agreed, saying that Musk’s plan to eliminate bots on the social media platform by charging for verification is “shortsighted,” and that, as a result, people will be able to “impersonate better” on the platform.

Host Alyssa Farah Griffin also readily agreed, noting that the only reason she got verified on Twitter was that she was being impersonated.

“Here’s the other I wanna know: Who owns your Twitter feed?” Goldberg added. “Who owns what you write on Twitter? You’re paying them $8, who owns it? See, there are too many questions right now.”

On Monday’s episode of “The View,” Whoopi Goldberg alerted the world that she was leaving Twitter.

“I’m getting off today because I just feel like it’s so messy, and I’m tired of now having certain kinds of attitudes blocked now getting back on,” Goldberg said during a segment. “So I’m gonna get out, and if it settles down enough and I feel more comfortable, maybe I’ll come back. But as of tonight, I’m done with Twitter.”

No time was wasted in deactivating her account, although whether that was done by Goldberg’s hand or a Twitter minion is unclear. Either way, the comedian and daytime talk show host no longer has a personal perch on Elon Musk’s flailing bird app, abandoning her estimated 1.6 million followers (according to an archival figure).

As for the extent of the loss to matters of public discourse that her departure represents, that’s up for debate. This is not an agreement with the radioactive pile-on from right-wing toads and goblins celebrating Goldberg’s flight from Twitter, by the way.

It simply acknowledges that she didn’t actively engage with followers or other users that frequently to begin with.

A cursory search for instances where Goldberg’s tweets made headlines primarily yields reminders of her misguided comments about Jewish people and the Holocaust on “The View” and on “The Late Show with Stephen Colbert.” Although she apologized – via tweet, as is the celebrity way – she was also suspended from appearing on “The View” for two weeks.

Aside from that, and a spirited request to Disney’s theme park division to create a Wakanda-themed experience, Goldberg seems to have used the app in the same way most folks do. She promoted whatever project she was working on, shared a few photos, and probably doomscrolled.

Even so, Goldberg’s exit from Twitter differs from the announced goodbyes of celebrities such as Ken Olin, Shonda Rhimes, Sara Bareilles, Toni Braxton, Gigi Hadid, and, understandably, Amber Heard.

She may not be blue check official or active, but as a host on “The View,” she’ll continue showing up in the app’s stream regularly. The ABC talk show’s reach and relevance are fueled by its clips’ virality and whatever frenzy results from the day’s discussions.

Those will remain the bread and circuses of news sites that cover “The View” along with apoplectic right-wing hecklers, regardless of whether Goldberg has an account. As long as “The View” has wings, Goldberg’s influence is secure in the old media kingdom of daytime broadcast; what need does she have for Musk’s increasingly disordered coop?

Indeed, Goldberg’s decampment from Twitter may someday be regarded as a part of an already-in-progress realignment of the influencer firmament in stronger favor of other social media platforms.

As my colleague Amanda Marcotte cited in her story about the app’s implosion, Twitter is the 15th most popular social network.

To those working in creative fields that aren’t celebrity-focused – including authors, screenwriters, and visual arts – Twitter is still the best option for interacting with fans or sharing information about live appearances and other matters vital to their careers.

Even so, the Pew Research Center revealed that journalists use Twitter more frequently than most of the general public, mainly to do their jobs.

Among people who don’t work in news, it’s the third most popular social media site for seeking information, ranking behind Facebook and YouTube.

That means Goldberg, whose public Facebook page has two million followers, already possesses a means of interacting with her audience in social spaces that are a better fit, albeit in venues that aren’t exactly under more benevolent management, only ones that aren’t as overtly messy.

Instagram and TikTok are increasingly the stars’ personal megaphones of choice, save for the rare and special birds blessed with devastating wit and the ability to slay trolls in fewer than 280 characters.

And believe it or not, many celebrities thrive without having fallen into Twitter’s clutches, including Daniel Radcliffe – a fact Weird Al Yankovic used to prank users over the Chief Twit’s ridiculous new rules about parody accounts.

Thanks for reading till the end. Comment what your opinion is about this information:– “Whoopi Goldberg Joins Celebrity Exodus From Twitter: ‘It’s So Messy’? Take A Look”