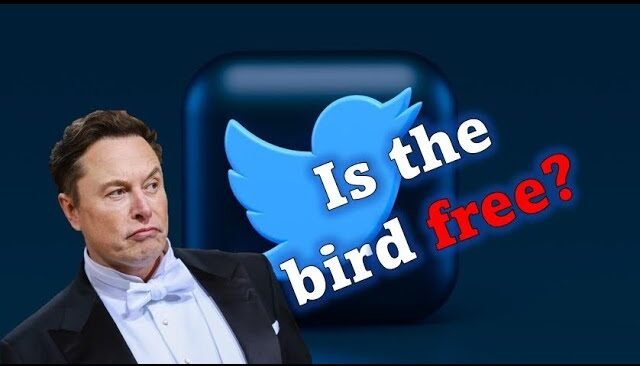 The Truth behind Elon Musk’s Twitter Buyout | Case Study:- You may have heard the news because it’s all over the news that Elon Musk finalized the deal to buy Twitter for a total of $44 Billion.

I think most of us would know this as this deal garnered a lot of attention from the very beginning. For those who don’t know, here is the general timeline of how this whole saga unfolded. Elon Musk acquired a 9.2% stake in the company in April.

Twitter resisted in the beginning but then gave in. However, then Elon Musk had his reservations because he believed and I believe he still does that a big portion of Twitter users is bot accounts.

He believes that the number may be as high as 20%, as opposed to Twitter’s claim of such accounts being less than 5%. Because of these reasons, Elon Musk tried to cancel the deal in July to which Twitter responded with a lawsuit.

It went on back and forth for some time but ultimately the deal was closed in October and Elon Musk became the owner of Twitter. Now, this case is certainly a very political one because it has a lot of political implications, but I think as finance or business students, it serves a bigger purpose for us because it gives us a wonderful case study on how the real finance world works.

Elon Musk said that he wants Twitter to serve as a digital town square where everyone could exchange their ideas without the fear of being shut down or canceled.

Okay, that sounds great, however, does anyone believe that anyone would just spend $44 billion just so people can have a free place to speak their minds? Well, some people might but it’s just hard to believe especially considering that the money that was used to finance this deal didn’t all come from Elon Musk.

About $13 Billion were secured through debt financing through banks like Morgan Stanley and Bank of America. Debt financing simply refers to a sort of loan which you have to pay back along with the interest.

I know what you are thinking. $13 Billion! What’s the guarantee? I mean it’s not very common to get a loan of over $100,000 without putting a collateral, is it? Well, you are right if you are thinking that.

This is called a Leveraged Buyout. You use debt financing to acquire a company, using the assets of the company as collateral. The bank which lends the money doesn’t directly have any ownership in the company but gets a preference in terms of the money hierarchy.

What that means is that you have to pay the bank first. If Twitter were to go bankrupt and they had to sell its assets, then the proceeds from the sale would be used to pay off the debt first, and then the remaining balance would go to the Equity holders as per their ownership.

This brings us to equity financing, which was used to fund the remaining portion of the $44 Billion. For this deal, Elon Musk sold some of his shares in Tesla to partly fund this deal and got the remaining balance from investors like Larry Ellison and Saudi prince Al-Waleed Bin Talal.

In this case, Elon Musk happens to be the majority owner obviously and the other investors also have a certain percentage of ownership in the company. Equity holders of the company are ranked lowest in terms of the money hierarchy.

This means Equity investors would only be paid when all other obligations are paid off. This is exactly like when you buy a share of a company on the stock market.

The only difference is that you can do that for public companies which Twitter was, but now that Elon Musk and other co-investors have bought all the shares, it would be considered a private company now.

Now that we know all of that, would it make sense for Elon Musk to make such a decision, just so that he could just provide a free speech platform for everyone? He might have if it was only his money involved, but it’s not. It’s not just the lenders and investors who have a stake.

It’s also investors in Tesla who are indirectly affected. But then the question is what makes Twitter so important for Elon Musk, and what opportunity does he see in there? Let’s take a deep dive into the financial statements of the company.

About 90% of the revenue on Twitter comes from advertising and the remaining from Data licensing and other sources, which by the way included Twitter Blue which is the subscription model for select individuals and businesses.

Twitter said that they had 217 million monetizable daily average users for the last quarter of 2021 of which they believe less than 5% are fake or spam accounts. Elon Musk on the other hand believed that the number is higher than 20%.

The issue with this is that these metrics are key for advertisers. If 217 million people are logging in every day, then that’s that many potential eyeballs for the products that they advertise. But if the number is much lesser than what is being portrayed, then their advertisements are falling into emptiness.

This would turn away the advertisers which can affect the main source of revenue for Twitter. So, in a way the company is hugely dependent on other entities for their revenues. You can see the financial statements.

The company has been in losses for most of the last decade except for the years 2018 and 2019. Their operating income has been negative for a lot of those years including the last one. So, there lies the opportunity.

Twitter currently has about 420,000 verified accounts, which used to pay a subscription fee of $4.99/month. However, this blue tick verification was only open to certain individuals and businesses, requiring them to meet the eligibility criteria.

Now, that is going away. Instead, the subscription is open to anyone willing to spend $8/month. If you have been following the news, you may have noticed certain sites suggesting that Elon Musk was planning to charge $20/ month, which led even known personalities like Stephen King to voice dissent on Twitter.

This led to Elon Musk replying of course, how about $8? Now if you noticed that this number is 60% lesser than what was originally proposed.

When you generally haggle, it is very uncommon to drop the prices by 60%, isn’t it? This might already have been the plan but instead of showing a 60% increase from $5, he showcased a 60% decrease from $20. Business students ought to take notes.

Now, even if we assume that 20% of the accounts are fake, then we would still have over 160 million users and even if 10% of them decide to join twitter’s new premium model, that’s still 16 million users. At $8, that’s still $128 million per month and over $1.5 Billion in extra revenue per year.

The opportunity here is that Twitter already has a large user base and technology. And even though I don’t want to discuss politics, we can all acknowledge that there has been a good portion of the population that has been unhappy with Twitter and the establishment over the curtailment of free speech.

I think that was the opportunity. You realize that there is a demand for free speech, a certain section is being accused of trying to limit it, and then comes a rival who is willing to provide that free speech platform but at a price.

Will you pay for it? And more importantly, will this model work? Elon Musk has been able to turn multiple companies profitable in the past, so history sides with him, and the way it looks so does the present. I guess we will have to see what the future holds.

Elon Musk already went ahead with significant cost cuts through layoffs and if he can deliver on the promise he made about providing the free speech platform that people have been demanding then there is no reason people wouldn’t pay $8.

Thanks for reading till the end. Comment what your opinion is about this information:– “The Truth behind Elon Musk’s Twitter Buyout | Case Study”