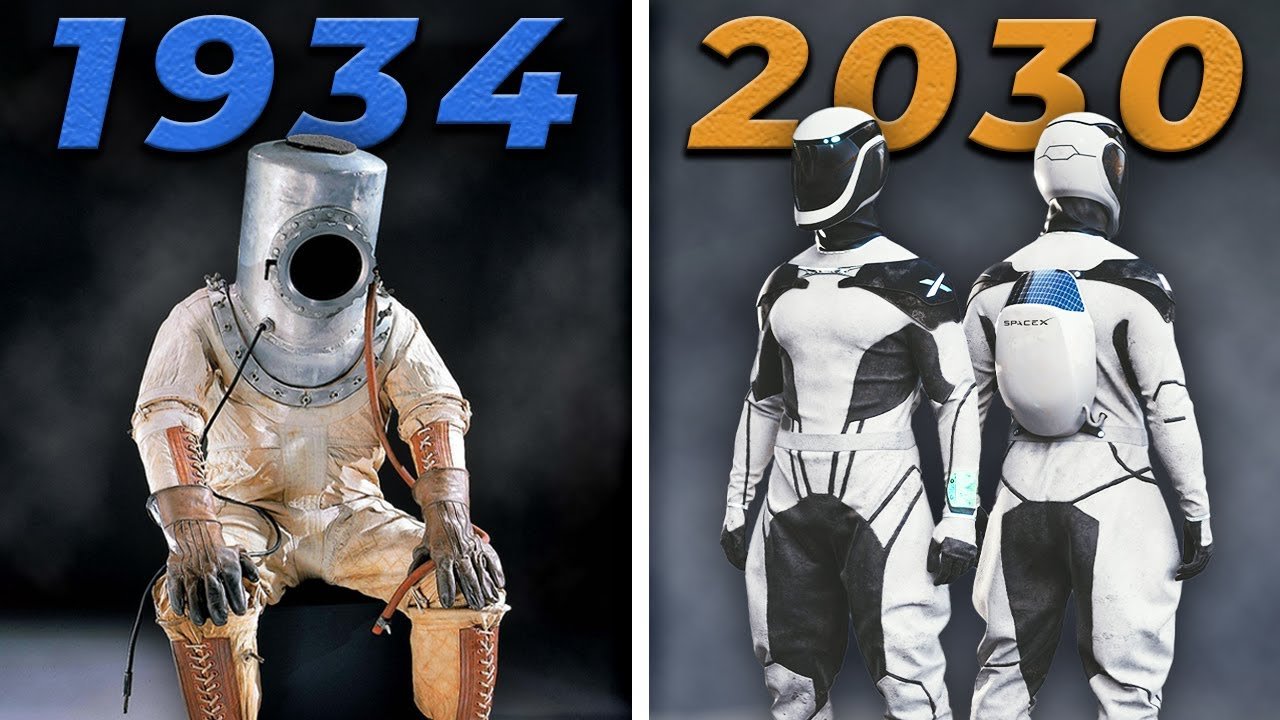 We are stepping into an era, where soon, commercial space travel will not be a far fetched dream. With ambitious ventures like SpaceX, we now see new projects and rockets being built and for every new spaceship, there must be a new breed of spacesuits too.

Elon Musk’s main goal with his company SpaceX has always been to make space travel and human space flight a possibility. He achieved this same ambition on May 30th 2020 with his Crew Dragon Spacecraft that was able to carry NASA astronauts Bob Behnken and Doug Hurley to the International Space Station.

They made history as this was the first time a crewed spaceship was sent from American soil, thanks to the spacecraft developed by SpaceX and Boeing.

This amazing project not only brought the Crew Dragon spacecraft to everyone’s attention, but also the amazing spacesuits that the two astronauts wore for their journey into orbit. Spaceships as well as the suits have come a long way from the early days of their conception.

You might remember the images of the big and bulky orange suits that astronauts wore when they were launched into space. Well, it looks like Elon Musk holds his love for sleek design and innovation when it comes to every aspect of his work and this means the suit is not an exception.

Why should space travel not be sleek and fancy? We can hardly disagree. Let’s take a closer look at the spacesuits. When the ambitious Crew Dragon mission was announced, it also revealed what will now be the next generation of astronautical wear, that is the SpaceX suit or otherwise called the Starman suit.

If we’re being quite honest, one look at the suit and it’s like you’re looking straight into the future or from a movie. This is exactly something you would expect from Elon musk if you take a look at his design for the Cybertruck that was criticized for looking like it belonged to aliens. But when it comes to the spacesuit, no one can really deny the sleek design is actually pretty nice.

All the credit for the design and tailoring goes to movie costume designer Jose Fernandez from Ironhead Studios. He has also previously worked in movies like Men in Black, BlackPanther and even Ironman.

Oftentimes people have said that the movie Ironman is actually based on the real life of Elon Musk, so this seems just too good to be true that he managed to get Jose to design the spacesuits.

In fact, the designer actually thought the “costumes” were for a film production about astronauts, little did he know he would be setting the new standard for space fashion! The designer stated that he wanted the spacesuit to almost be like putting on a tuxedo, that it should make the person look better.

The designer didn’t even know what SpaceX was, let alone that he would be the one designing their futuristic suits. When you actually compare the suits now to the ones that were revealed by Musk in 2017, the changes are very few, at least on the surface level.

The white and black suits, that are more body hugging and sleek, have protruding shoulder pads and a more minimalist feel. The suits have been designed to perfection to compliment the Dragon spaceship. They go together so well, you could actually say that they are merely an extension of the actual spacecraft.

To begin with, the stylish helmets were 3D printed, and they look like something straight out of the Tron Legacy. We can imagine how Doug and Bob must have felt while putting the headpieces on.

The helmets include integrated valves and mechanisms for visor retraction, locking as well as microphones built within the helmets structure. As far as helmets go, that has got to be something you would see only in movies.

Astronauts would be relieved by the new shape of the helmet as well and will no longer have to wear that round bubble of helmet that probably Neil Armstrong had to wear. Honestly, no one likes the idea of a fishbowl around their head.

The primary objective of course is to protect the crew from depressurisation, that is in the event that there is any loss of air inside the capsule. Each suit has been designed and customized to fit the astronaut correctly. They didn’t want to repeat the old bulky suits that you would see in movies.

The suits have been designed in such a way that they will ensure the astronauts have sufficient oxygen that they need and will also be able to regulate their temperature. They have something that is similar to an “umbilical” cable that is in the seat and it plugs into the suit.

With this, they can use it as a source of breathable air and it also doubles up as a communications link! By the way, if you are watching us for the first time, make sure to hit that subscribe button and turn on notifications so you can enjoy our future videos while getting updated.

Getting back to the topic … When it comes to weight the suits come in at around 20 pounds and are made from a fire resistant material Kevlar and Nomex.

Every aspect of the suit is so intricate and detailed, even the gloves have been designed to provide just the right amount of pressurization and protection and at the same time it offers touchscreen compatibility so that the astronauts can work with all the control surfaces of the Dragon.

The suits were made in Hawthorne California, in the very same building where SpaceX makes its rockets. Now that’s pretty epic! This just goes to show how much value and effort they have put into the suits and they see it as much value as they do their rockets unlike how NASA usually just has someone else make them.

Both of the suits had been tested and sent into space twice before they were actually worn by the two astronauts. The first time was when they placed it on the dummy at the wheel of the Tesla that was launched into space on the Falcon Heavy Rocket back in 2018.

The second time around, they placed it on the dummy called Ripley that was on the Crew Dragon, when they sent the spacecraft into orbit, to complete its first unscrewed Demo 1 test flight. Both times the suit fared extremely well and without any problems.

We do not yet have an exact number on how much the suits cost, but Musk has been quoted as saying that the project has cost them close to a billion dollars. With all those amazing features it does not come as much of a surprise. What’s even more notable is the fact that unlike any other suits that have been made, this one was made by SpaceX themselves.

This is not the same case when it comes to tomato spacesuit projects. Usually, NASA would be tying up or outsourcing to specialized contractors who have a long history in designing and would make a suit for NASA.

But here we see, SpaceX with their unique approach have been able to create something that not only was made by them but will also serve them. They wanted to create something in house that would serve as an extension of their spacecraft, and they were of the opinion that only they would be able to make the right suit that would be both functional and aesthetically pleasing.

This is not something new to Elon Musk as he does prefer to make everything in house whether it’s Tesla or any of his other projects. Musk said that they worked in the suits for nearly three to four years and the result of course is there for everyone to see.

Musk stated that with the suit, he wanted to create something that would even appeal to children and get them fired up and excited about space travel to inspire a new young generation of astronauts!

The futuristic spacesuits have been well received, especially following the success of the mission and we can only wait and watch for what the company has next in store for space travel, whether it’s their rockets or their fancy suits. And with that being said, it’s time to end our video. What do you think about the SpaceX Starman suit? Let us know in the comments.