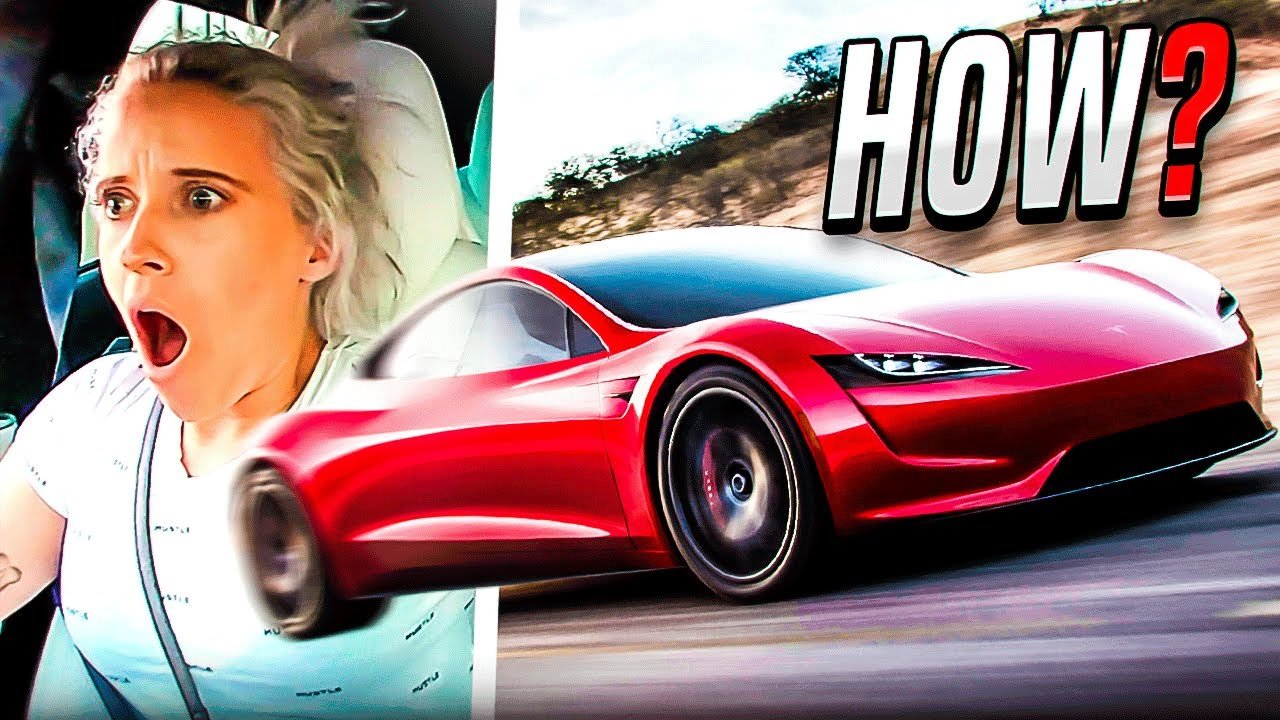 When the Tesla Model S, the first proper Tesla, was announced, no one expected the car to be anything but a bloated heavy, and boring version of your regular sedans.

But seeing as the car publicly humiliated cars like Lamborghinis, Porsches, and Audis multiple times, it didn’t take long for people to change their opinions.

And now, with the upcoming Roadster set to break the records of cars like the Bugatti Chiron, the question has to be asked, more important than ever, what is the secret behind Tesla’s devilish speed? So put on your seatbelts and engage ludicrous mode, because this is what makes Tesla so fast.

But first, let’s establish the stats. To show you just how incredible or, more appropriately ludicrous a Tesla speed is, all you have to do is watch it race against a massive, roaring, and brutish race car and demolish it without making as much as a squeak.

But that doesn’t mean that the figures aren’t impressive, either. The Tesla Model S, the current fastest car offered by the company in its highest performance iteration, the Plaid edition holds the zero to60 mph average record at 2.3 seconds.

And the only cars that were faster at the time of its release were the Porsche 918, aoneofa kind rare car that had a massive engine, a huge battery, and a tiny cockpit. Or the Ferrari La Ferrari, an even smaller, more extreme vehicle.

But that’s not the whole story, because, as it turns out if we’re talking record times, the Tesla has beaten both of them under the right conditions, with the fastest recorded acceleration being a historic 1.98 seconds.

And while track cars have since pushed the ModelS down the list, the upcoming Tesla Roadster is expected to be the fastest car in history by bringing that number down to a skull shattering 1.1second, a feat that even the world’s most incredible car makers never even dreamed possible.

And remember, we’re not talking sports cars against sports cars, but a fully equipped four-door, massive family sedan whose only real competition is custom four-track extreme cars. So what on earth could be the reason behind this? Is it witchcraft? It sure does sound like it.

Well, unsurprisingly, the answer is a little more complicated than some simple black magic. So now let’s turn our attention to exploring the reasons behind this massive speed, starting with the biggest one of them all efficiency of the electron.

While it sounds a little too convenient to say that electric technology is just better, and it would be a little too much to say that Tesla’s harnessing the speed of an electron, the thing is that both of these statements are very much true. Let me explain.

If you have ever known someone who owns a Tesla or watched a video featuring a Tesla, I’m sure that you are aware of the so-called frunk a smaller trunk at the front of the car where the car’s engine would otherwise be. This is because EVs don’t need such hefty machinery. And that is kind of the key.

Here. You see, electric vehicles, unlike mechanical ones, are really simple. There’s a solid chemical battery that supplies current to a coil that rotates a set of magnets that are connected to the wheels, hence creating movement. And while there are other processes regulating and supporting this, as far as the mechanical aspect is concerned, this is all an EV does.

By comparison. In a gas-powered car, you first need gas, which is turned into vapor, which is pushed into the engine, where a spark pluginights it causing an explosion, and this moves the piston. But on the way back to the piston, it compresses, and you get the gist.

EVs are smarter and far, far more efficient, which is good for saving energy, yes, but it also means that an EV utilizes its energy far better than any standard car could hope to hell. That difference is even greater when compared to high-performance simple cars, which are notoriously inefficient.

As for harnessing the speed of an electron, that’s related here as well Zeus speed. Not only does the EV’s efficiency increase the measure of how well the car’s energy has transferred to the road, but it also increases the speed.

In a simple car, there are dozens of mechanical parts that a gas pedal has to transfer its signal to order to make the car go fast. By comparison, in Tesla’s, the accelerator only has to transfer the signal through a simple wire in which that data travels at literally the speed of an electron, making the Tesla far more responsive.

This has been corroborated by science as well as Geordi. Cabana, a chemist at the University of Illinois in Chicago who studies battery chemistry, explained that the electronics in an electric motor are almost instantaneous. There’s no delay in power, waiting for throttles to close. And the key to everything, all those little effects add up by comparison.

The researcher told Live Science magazine that an engine is a sort of breathing animal. It has to take air in and squeeze it. Those processes are not instantaneous. Add that to the lack of gearbox, no friction, and possibility of bad oil, and that alone should be enough to tell you how Tesla’s are so fast.

But as expected, that is far from the only thing making Tesla so freaking fast. So let’s now get into the technical stuff with torque.Mismatch.A car’s torque is its rotational force, meaning that it’s the thing that pushes the car forward every single time.

And so it’s an understandably important metric in our situation. And, well, once again, Tesla takes the cake. You see, in a gasoline-powered car, no matter how high of a torque your car has, you can’t achieve that at both the highest as well as the lowest rpm of the engine, which is basically why we’re supposed to use multiple gears a lot of sense and experience to fully utilize your car’s torque.

As Paul Kanban, a control engineer who is an expert on power trains at Oak Ridge National Laboratory in Tennessee, says, they don’t have that peak torque right away. You have to accelerate to middle speed to gain enough torque. By comparison, in a Tesla, utilizing the maximum torque is the same as flooring it as.

Because of their nature, EVs don’t suffer any of those problems that we mentioned. And then there’s the simpler stuff, like shifting gears. It’s not a shock that if you don’t have to change gears, you’ll save time when racing. This is why almost all modern sports cars are automatic.

But as you already know, a Tesla doesn’t even have a gearbox, meaning that all drivers can accelerate without any gaps or delays. Another simple but incredibly useful thing is Tesla’s true four-wheel drive. It is a pretty well-known and easy-to-understand fact that if you want to move fast in a car, you have to make sure that the car can transfer all of its power as stable and efficiently as possible to the at-fault.

And for most car makers, the key is to make the car’s four-wheel drive. And while that’s usually seen in offroaders and the like, it is actually what makes the real hypercar so fast as well. That being said, even the most ideal combustion engine will struggle to put all that energy into something useful because of the layers upon layers of mechanical parts that transfer that energy from one end of the car to the other.

A Tesla’s four-wheel drive is child play by comparison because instead of fussy crankshafts, tesla simply has two independent motors powering each set of the wheels, allowing all that juicy power to reach the road as best as possible. And that’s not the only thing that helps with this, as we also have to thank Tesla’s physics.

Do you know why all the sports cars are so low? Well, it’s to lower a car’s center of gravity, which helps the car remain stable, put down energy more efficiently, and reduce drag. But for a few simple reasons, tesla has a lot easier time dealing with all that, since A, there’s no radiator reducing drag, and B, the batteries sit at the bottom of the car, giving it one of the lowest centers of gravity in the industry.

That leaves a few smaller contributors, like the fact that Tesla batteries are the most powerful in the EV world, which is the same as a car having the biggest engine, or the company’s continued dedication to keeping the company fresh and updated with timely software patches, which enhance the ludicrous mode every single time

.But the important thing is the fact and knowledge that no matter how much horsepowers the Sheron generates, tesla the King is not going anywhere.