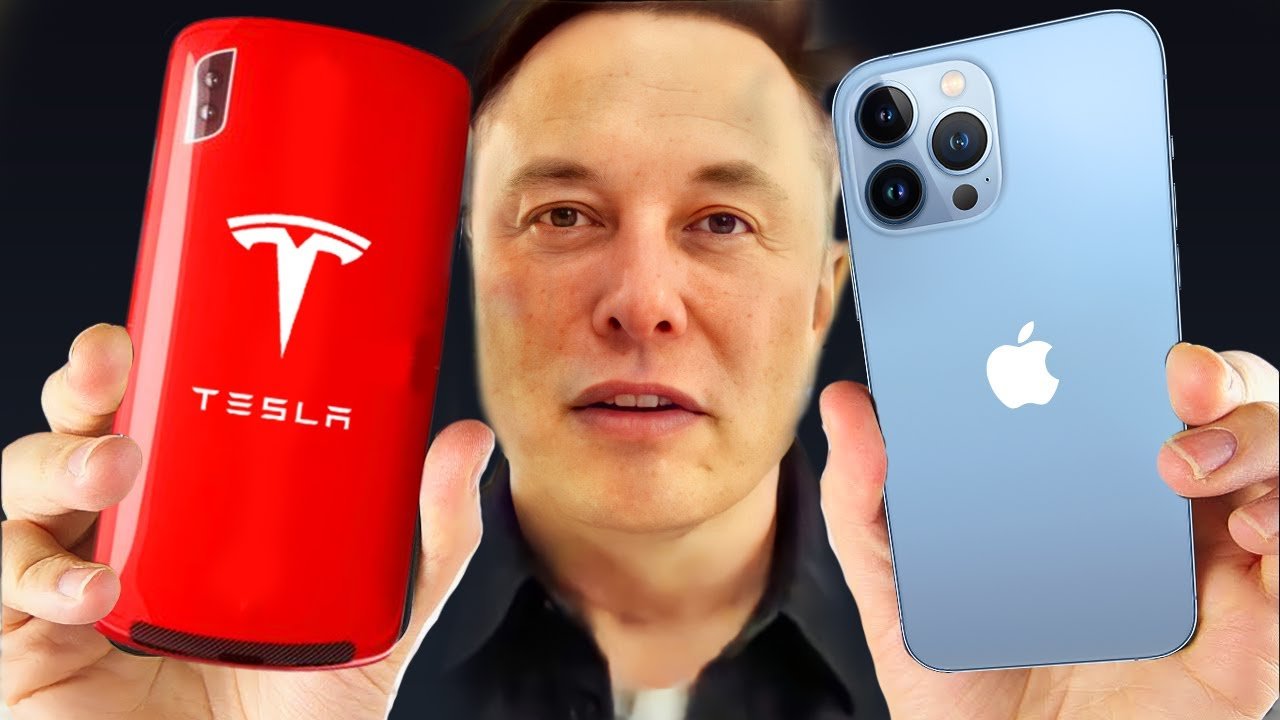 Tesla’s Insane New Phone Is A Game Changer (RIP Apple)- So Elon Musk has been a busy guy lately, from his incredible Twitter poll the other day, to the sale of nearly 5 billion in Tesla shares later. But one announcement that went under the radar update of the rumored Tesla Pi.

So why would you want a phone from Tesla, well the same reason people have an iPhone with their iMac and their iWatch and their iTV sorry Apple TV…it’s the ecosystem, it’s the seamless transition.

Except now we go from your phone to your car, from a satellite straight to your brain. It’s still early days so information is scarce as to what exactly will be included, however, information about possible features recently leaked and I’m excited.

First off the expected integration between the Tesla Pi and your Tesla Model X or Y, what you’ll have will be like nothing you’ve experienced before.

Open Close your doors, start the car stop the car summon it to you, will just work better than you’ve ever experienced on any car before.

How about warming the car or demisting the windows before you head out? Your phone becomes more than just a flashy accessory… What about a phone that earns you money, interested of course you are who doesn’t want more money.

There are serious talks about crypto mining being a feature baked into the phone. Now we all know how much Elon loves cryptocurrencies, Doge falls and rises depending on what he tweets that day.

So mars coin, you know Elon space x mars so mars coin is very likely to be a key feature of the phone… now I’m not saying quit your job and my job all day but just that extra income To date, the extra income of the phone paying for itself for a time.

Especially it feels like the prices of everything are rising all around us. So I know I know a phone we’re talking about is everything except what phones are used to nowadays… a camera. And the Tesla Pi doesn’t disappoint in this area, I’m happy to report.

With the four cameras, we are expecting the normal main camera, ultrawide, telephoto, and macro. This is unofficial all the information we have on the camera right now.

I don’t expect the camera quality to be great. And it’s not a knockoff of the megapixels that Tesla or phones have. With the quality of photos nowadays it’s just the post-processing that matters.

The Google Pixel has an amazing reputation for its photos and camera, and it’s all about the processing that happens after a photo is taken. I hope I am pleasantly surprised.

Finally, rumors are swirling that we might see a Tesla Pi Link with Neuralink technology. If you don’t know Neuralink, it’s one of Elon’s companies, which is trying to advance and heal humans with a chip in the brain.

I can do its own video on Neuralink if you like. But what is suggested and what could happen could advance humans far beyond anything any human can achieve right now.

Now it’s all speculation but linked with Neuralinkthey could allow people you can’t talk to who have never spoken before, to have their first interaction with someone.

Imagine, Neuralink paired with Tesla PI, someone who is unable to talk, be it an accident or something else, Neuralink picks up signals from the brain about what you want to say, sends them over a phone call to Tesla PI sends to Function and capabilities can go a long way, with technology coming to a truly symbiotic relationship.

Thanks for reading till the end. Comment what your opinion is about this information:– “Tesla’s Insane New Phone Is A Game Changer (RIP Apple)”