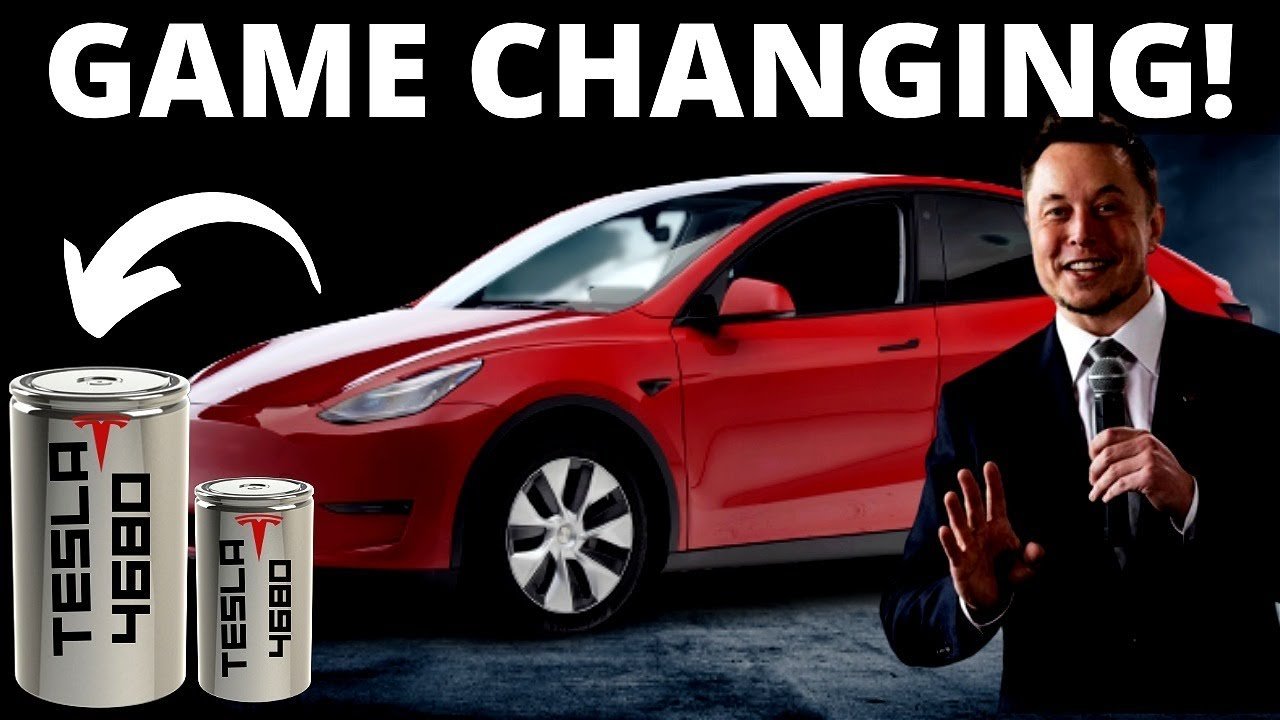 Tesla FINALLY REVEALS Details Of Tesla’s ALL NEW INSANE Upcoming 2024 Model Y And 4680 Batteries?:- Tesla’s current market cap worth is getting closer to $800 billion as the company’s stock price continues to grow.

So, it is probably safe to say that the American carmaker specializing in electric vehicles is having a lot of success. Right now, Tesla has four different electric vehicles that are being manufactured at its numerous factories located all over the world.

These Gigafactories also create solar technologies and 2170 and 4680 batteries. And a semi-truck, a Cybertruck, and a second generation of the Roadster have all been confirmed as being in the works for Tesla, and the company also has plans to build a model with a starting price of $25,000.

Tesla is also currently working on improving its models and employing a more efficient battery to help contribute to this rising success.

So, what are these improvements, and how will this affect Tesla and the EV market in years to come? let’s take a look at the insane updates to Tesla’s All NEW Upcoming Model Y and 4680 Battery! and let’s dive right in! In 2024, Tesla plans to release a new Model Y, which will be an improvement above what Tesla now offers.

So, what kind of mileage can we expect from this brand-new Model Y vehicle? Panasonic is putting a couple of billion dollars into their second electric vehicle battery manufacturing in Kansas.

According to several different news sources, they have it in their plans to provide Tesla with a brand new high-capacity battery. This is significant because Tesla’s future Model Y, which will be released in 2024, will have a substantially greater range than the current Model Y.

However, the increase in range is mainly because of its new 4680 batteries. Additionally, Panasonic is working toward the goal of increasing the energy density of batteries by a factor of five by the year 2030.

This allows a larger battery to be contained inside the same footprint. And if you do some fast arithmetic and assume there will be a 20 percent improvement in range, then the Model Y will have a range of 396 miles in the year 2030.

Previously, it only had a range of 330 miles. However, that will not happen for another 8 years. How about in 2024? We recently produced a video explaining the 4680 batteries and the likelihood that Tesla would release software upgrades that unlock the range from the batteries.

Currently, Tesla is experiencing a cell supply shortage, whereas Giga Texas is producing most of its vehicles with 2170 cells. So in due time, Tesla will have accumulated a sufficient number of 4680 batteries to become the company’s major source of batteries.

Now, Giga Berlin is working on producing a Tesla Model Y equipped with 4,680 batteries. Tesla has stated that their Giga Berlin factory was able to create 1,000 Model Y sedans in only one week.

And by the end of June, a few hundred more of the long-range variety had been added! At Giga Berlin, the production process is constantly being upgraded, which means they need to halt manufacturing while the updates are being done temporarily.

This indicates that by the end of the year, we should expect to see 3,000 Model Y vehicles produced per week in this factory. And according to Tesla, the production of the Tesla Model Y has increased to nearly 2,000 units per day in Giga Shanghai.

The Tesla Model Y assembly line in Shanghai has reportedly received recent updates, all of which have now been finished, and production has restarted. And after the updates, some reports say that the production rate of the Model Y has already attained over 2,000 units per day.

They also intend to reach a daily production rate of over 2,200 Model Ys by the beginning of August. Thousands of Model Y orders have already been placed, and the expected wait period for any additional Model Y orders is 2023.

So, the changes will assist Tesla in reaching scalable volume manufacturing which would reduce the wait times as the company begins to fulfill orders that have already been placed.

Now, on the lower part of the globe, reports say that most of the Model Ys destined for the Australian market had already been completed by the time production was halted in late June. And all of them are the one-motor, rear-wheel-drive variants with the LFP battery pack.

After the latest modifications, it is expected that the dual-motor performance variant, which will be produced for local order holders over the next months, would benefit from the enhanced manufacturing rate.

And in the following weeks, the first shipment of Tesla Model Ys destined for Australia will touch down in the country. However, these were manufactured before the Model Y manufacturing line improvements the previous month.

This news will make new EV owners happy. So, what are these updates and what new features will the Model Y have? Elon Musk has estimated that the Tesla Model Y will be the most popular vehicle sold worldwide within a few years.

Now, the Model Y is currently being assembled in all of Tesla’s central production facilities, which include Fremont, Giga Texas, Giga Berlin, and Giga Shanghai. And Tesla has even produced test Model Ys at Giga Berlin.

Although range unlocks using 4680 batteries have the potential to provide the Giga Texas Model Y with a range of about 400 miles right now, these batteries are currently in short supply. And until 4680 batteries can be mass produced in significant quantities, they will remain a premium item.

We should also anticipate that Tesla will continue to innovate on the Model Y, enhancing its various aspects through over-the-air software updates and physical modifications to the car’s design.

We should expect that a Model Y produced in 2024 with 2170 batteries will have a range of approximately 350 miles for the long range.

Additionally, the Model Y produced in 2024 with 4680 batteries will have a range of roughly 400 miles, but this will require an additional purchase of software to unlock it.

So, do you have any predictions about some other updates to the Model Y in 2024? Will there be a Model Y with a range of 400 miles that uses 4680 batteries? Let me know what you think in the comment section below,

Thanks for reading till the end. Comment what your opinion about this information:– “Tesla FINALLY REVEALS Details Of Tesla’s ALL NEW INSANE Upcoming 2024 Model Y And 4680 Batteries?”