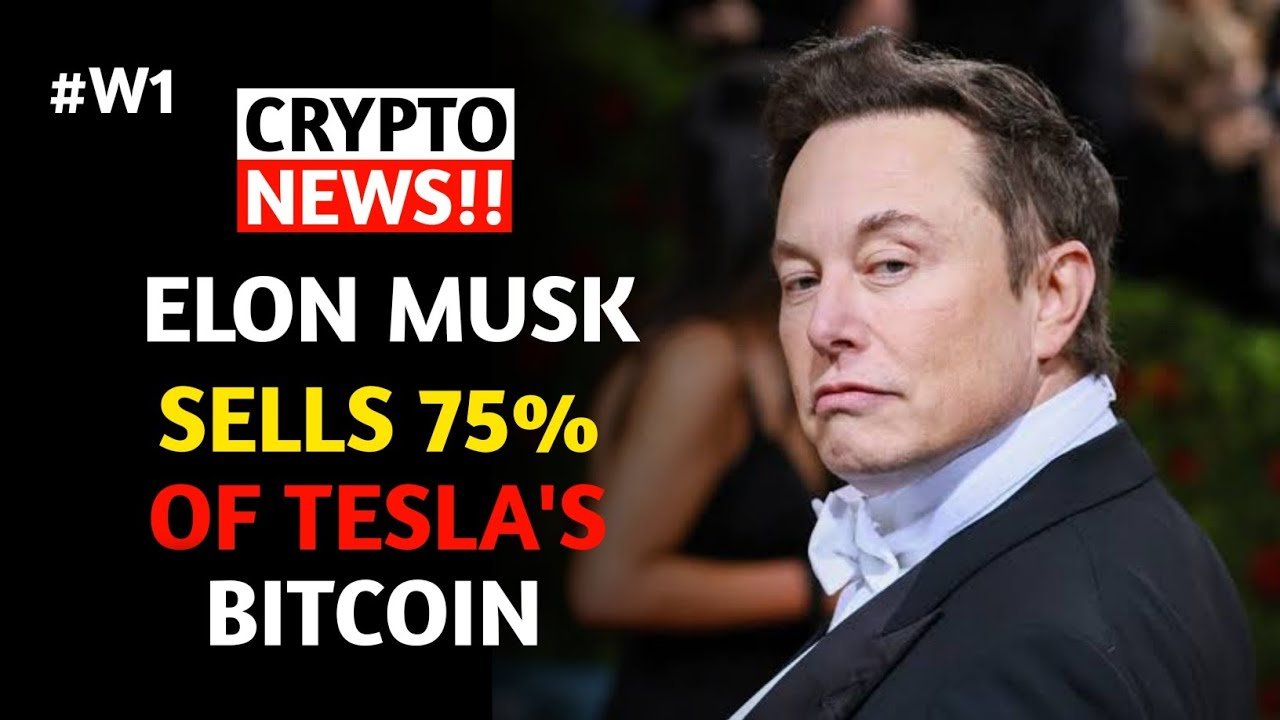 Tesla Sells 75% Of Its Bitcoin Holdings, Expert Says Musk Didn’t Like It Much. How?:- Tesla Inc. has cut its bitcoin stake by a quarter, the famed electric car maker revealed in its earnings for the quarter ended June 2022.

In a shock to the crypto world, Elon Musk’s company revealed that it has converted nearly 75 percent of its bitcoin holdings into fiat currency, adding nearly $963 million to its balance sheet.

However, in February 2021 the automobile major announced that it had invested about $1.5 billion in bitcoin, but later sold its 10 percent stake two months later in April.

Tesla also noted that its crypto holdings have now fallen to $218 million, with the loss of bitcoin hurting its second-quarter profitability. The announcement weighed heavily on the cryptocurrency market, which saw solid profit booking after the latest surge.

Tesla CEO Elon Musk said on an earnings conference call that the company sold bitcoin to maximize its cash due to uncertainty related to COVID. He added that the sale should not be seen as a ‘judgment on bitcoin’.

However, the clarification from the Mercurial technocrat did not help crypto sentiments much as the points of one crypto asset, which was at the $24,200 mark on Wednesday, fell over 6 percent on Thursday to the $22,700 level.

According to data from Coinmarketcap, on Thursday, the token was struggling to reclaim the $23,000 level at 13.30 hours IST, with its overall market cap falling below $450 billion and volumes falling nearly 9 percent to $43.25 billion. Done.

Elon Musk’s sale hurt crypto sentiments as the trading technocrat has been a staunch supporter of digital assets, but there’s no denying that he has always preferred Dogecoin over bitcoin.

Mudrex co-founder CEO Edul Patel said that his vision for Dogecoin is not new. “Following this sale, Musk said on Twitter that Tesla has not sold any of its Dogecoin holdings, which could further drive up the price of the largest Memetocoin.”

Earlier, Musk had criticized bitcoin, citing the adverse impact of bitcoin mining on the environment. His company stopped accepting bitcoin last year but continues to accept Doge for the sale of goods.

One must not forget that crypto has been the worst performing asset class in the year 2022. Bitcoin has lost nearly two-thirds of its value since its peak of $67,800, which was hit in November 2021.

Even the total market capitalization of all crypto assets has fallen near the $1 trillion mark, from around $3.1 trillion in its heyday.

There is nothing to be surprised about here, said Satwik Viswanath, co-founder, and CEO of Unocoin. “At the end of the day, investing is just about making extra money”

“So when someone recognizes that there will be a damaging proposition, they tend to exit and re-enter at a future date,” he said.

Thanks for reading till the end. Comment what your opinion about this information “Tesla Sells 75% Of Its Bitcoin Holdings, Expert Says Musk Didn’t Like It Much. How?”

2 thoughts on “Tesla Sells 75% Of Its Bitcoin Holdings, Expert Says Musk Didn’t Like It Much. How?”