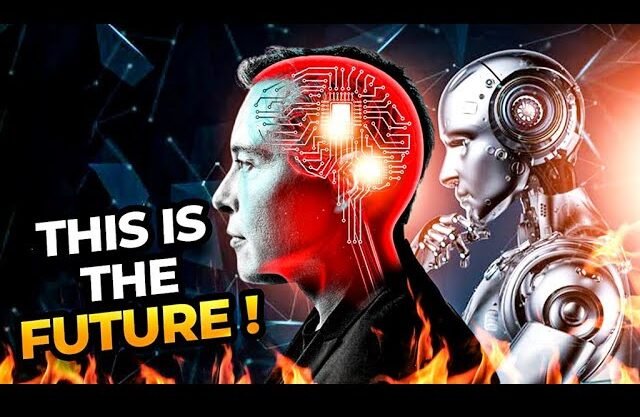 Tesla robot And Neuralink Elon Musk High Tech Shaping The World. How?:- Tesla robot, Syncing the human brain with artificial intelligence? I know we’ve seen it in movies but it sounds a little shacky in reality.

Elon Musk is renowned for founding well-known businesses like Tesla and SpaceX and with his venture into the human brain and artificial intelligence, he is not steering too far.

Here is a look at OPEN AI vs. Neuralink

Elon Musk High Tech Shaping the World. Open AI is a non-profit research organization that seeks to advance and guide artificial intelligence in ways that benefit all of humanity. Elon Musk and Sam Altman created the business in 2015, and it has its headquarters in San Francisco, California.

The organization has a long-term focus on the capabilities and basic advancements of AI. With a $1 billion endowment, the company’s two founders and other investors launched it

Elon Musk departed the company in February 2018 because of potential conflicts with his work at Tesla. [Elon Musk may have stepped away from Open AI, but Neuralink came in at the right time, a wireless chip implanted in the brain?

How does the Tesla robot work?

You might want to stick around for that coming in a minute] GPT-3, a language model trained on trillions of words from the Internet, was unveiled by OpenAI in June 2020.

It also disclosed that the first of its commercial products would be built around an associated Application Programming Interface, simply known as “the API”. GPT-3 is designed to provide answers to questions in natural language, but it can also translate between languages and produce improvised text in a cohesive manner.

DALL-E was also unveiled by OpenAI in January 2021, a year later, their most recent technology, DALLE 2 uses a version of GPT-3 to produce images with a 4x increase in realism and accuracy.

Scientists like Stephen Hawking and Stuart Russell expressed fears that the extinction of humans could result from an uncontrollable “intelligence expansion” if powerful AI one day develops the capacity to redesign itself at an exponential rate.

According to OpenAI, it is difficult to imagine “how much human-level AI could assist civilization,” as well as “how much it could hurt society if employed incorrectly.” [AI “should be an extension of individual human wills and, in the spirit of liberty, as broadly and evenly disseminated as feasible,” according to OpenAI.].

Sam Altman, the co-chair, also anticipates that the multi-decade initiative will outperform human intelligence. Are you a sucker for AI, well you are at the right place? By subscribing to this channel, you get all the information and latest news happening in the world of intelligence.

Neuralink is a tech business that develops neural technology and intends to implant wires in people’s brains. In 2016, Musk co-founded Neuralink, which went unnoticed until 2017, when the Wall Street Journal revealed that Neuralink’s goal was to “fuse computers with human brains.

The businessman has for a time long expressed his concerns that AI may someday conquer humanity. He already established the general-purpose research group called Open AI, but Neuralink’s mission is to develop AI-enabled technology that can communicate with the human brain.

The most significant take-home is that a tiny microchip with electrodes, in theory, could be inserted behind the ear and spread out into the brain. [have you thought about how exactly this coin-sized chip can be implanted? Well don’t fret, Neuralink has developed a machine that would do the job instead of actual surgeons.

But Neural interface technology is not a brand-new idea, other scientists have already developed devices that can analyze brain activity and stimulate brain neurons. The coin-sized chip that Neuralink is creating would be implanted in a person’s skull.

A network of tiny wires that are each about 20 times thinner than a human hair fan out from the chip into the patient’s brain. The chip wirelessly transmits this data to computers so that researchers can study it.

The whole system for Neuralink’s implant is built inside the device, including a battery, processing chip, Bluetooth radio, and roughly a thousand electrode contacts.

There are between 0 and 4 brain neurons that are recorded by each electrode. [According to Andrew Hires, an assistant professor of neurobiology at the University of California, the wires on Neuralink’s proposed device uses could advance the field because of just how floppy they are.].

Andrew Hires added that a living brain is softer than the formaldehyde-stiffened specimens you may have seen in jars. For any device that will spend a significant amount of time in a person’s brain, floppy wires, such as those Neuralink described, maybe a preferable option because they are less likely to harm brain tissue.

Completely new technology has been created by Neuralink, a device resembling a sewing machine that would be used to implant the probes into the brain, it would utilize a hard needle to push the threads into the cortex’s outer layer at a depth of around 1 millimeter because even having a steady enough hand, to complete these tasks manually is really difficult.

With the ultimate goal of developing a full brain interface that can more closely connect biological and artificial intelligence AI is only going to get smarter. Join the AI train by checking out the Future of Human Intelligence.

Thanks for reading till the end. Comment what’s your opinion about this information:- “OPEN Al vs. Neuralink Elon Musk High Tech Shaping The World. How?”