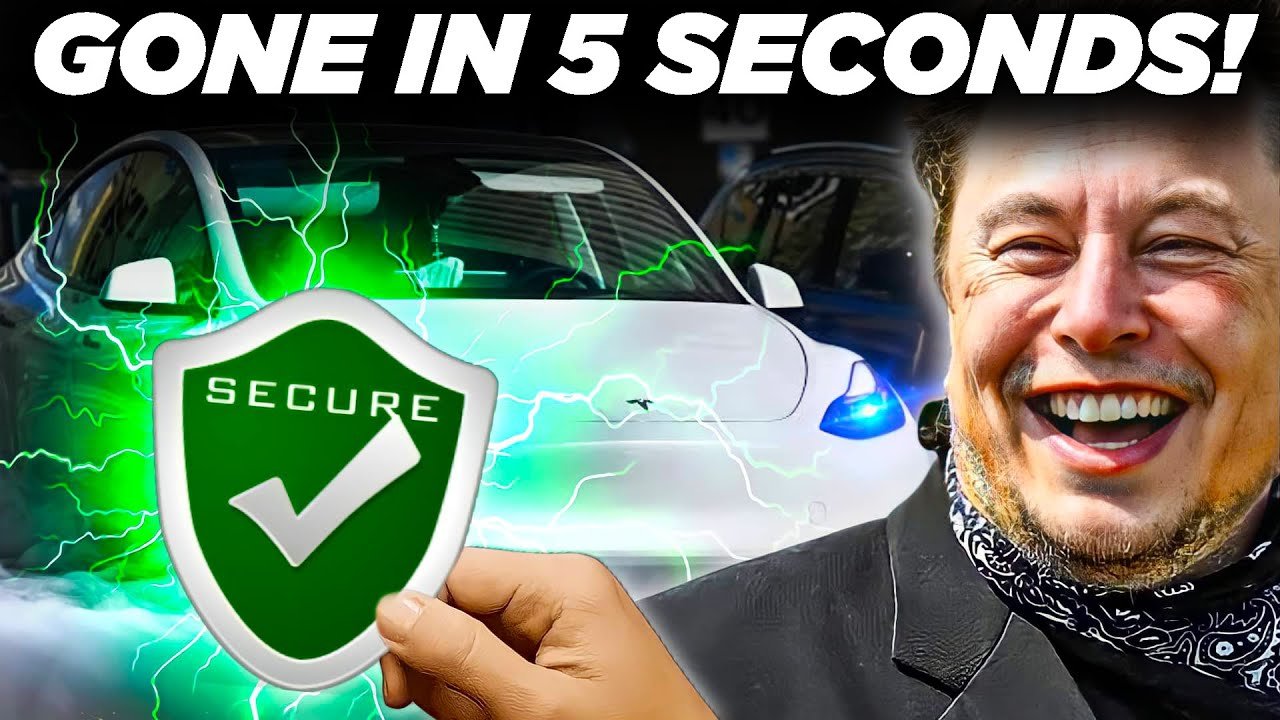 The act of hacking. That’s one term we didn’t expect to be associated with Tesla. Is this a software problem? Or perhaps hardware? Tesla released an upgrade last year that made it easier to start its vehicles after unlocking them with their NFC key cards.

A researcher has now demonstrated how the function may be used to steal automobiles. For years, drivers who used their Tesla NFC key card to unlock their vehicles had to set the card on the center console before they could start driving.

Following the change published in August, drivers may immediately operate their vehicles after unlocking them with the card. we’ll learn how Tesla rejects the supposed possibility of auto hacking in 130 seconds, as well as what the hackers utilize to commit their heinous crimes.

Excited to know all this

Tesla is launching a counter-offensive against owners hacking their vehicles to obtain access to a performance improvement that the carmaker is selling as a software upgrade. Tesla has been offering vehicles with upgradable software-locked capabilities for a few years, such as 75-kilowatt battery pack software locked at 60 kilowatt-hours, or more significant, power outputs enabled through software upgrades.

The most recent example is the Model 3 Dual Motors $2,000 acceleration boost. It adds around 50 Model Three drivetrains and reduces the zero to 60 acceleration time to three 9 seconds. Several reports have come out this year about a startup called Engine Next, which created a gadget that allowed Tesla owners to unlock the same capacity for half the price.

All Model Three owners have to do is attach a connection to their MCU to get the 50 HP pump and a few additional features from Engine Next, such as drift mode. Security experts have discovered another hole in Tesla’ssecurity procedures that might simplify car theft.

This time, potential burgers may use the130 seconds following the unlocking of a car to cut their digital keys successfully. However, as predicted, Tesla began the fight back against the breach. Martin Herford, an Austrian security researcher who discovered other security weaknesses relating to the corporation, discovered the problem. This time.

He uncovered a flaw that appeared to have developed during an August upgrade that enabled drivers to start their Tesla immediately after unlocking it with an NFC card without placing it on the central console. How did the hacker manage to tobreak through Tesla’s defense system? What Tesla models does this hack apply? Comment below and let us know.

If you believe the upgrade was a good or bad thing. The upgrade is intended to make ticking off easier by giving the driver approximately 130 seconds to start their car without additional procedures. The problem is that the car is set to accept new keys without authentication for that period.

The car also does not attempt to notify the driver if a new key is registered using this manner. Although the Tesla phone app does not enable additional keys to be registered unless linked to the owner’s account. Harford discovered that the car would communicate with any Bluetooth low-energy device in proximity.

So he created an app that communicates with the car in the same language as the official Tesla app. The authority granted the 132nd timeframe is far too broad. It’s not only for driving. Herford said to Arch Technica, that there’s no link between the online account and the offline PLA worlds.

Any hacker who can observe a vehicle’s Bluetooth ads can send VCSE messages to it. In a video, the hacker demonstrated how, if he was close to a vehicle being opened with an NFC key card, he could use his program to cut his key and take it later successfully.

He concedes that this may be difficult to achieve in the real world, but by doing so, he gained the ability to unlock, and start to stop a vehicle using this software, all without the owner being aware.

Herford claims to have tested the device on both model 3 and Y, and while he hasn’t tested the newest Model S and X, he believes they are also vulnerable to this assault, although it seems similar to another flaw uncovered in May by experts in the United Kingdom.

They also used Ble Vulnerabilities to unlock and start the automobile. Still, instead of cutting a new key, they used two devices to function as a relay between the key and the car. Tesla has made no public remarks on its security flaw, and Hertford says he isn’t holding his breath waiting for the company to fix the problem.

As a result, he advises being extremely cautious about how and when you use your NFC card. He also suggests that drivers use the Pinterest drive to prevent thieves from actually starting the car, albeit this does not prevent them from unlocking it.

It only implies that owners may need to verify the list of approved keys to start their vehicles regularly to ensure they know every key on the list. An Insight into the Tesla NFC Key CardThe Tesla Keycard is the company’s solution to the problems associated with standard automobile keys.

The pocket-sized card is intended to serve as a backup to your phone key or Key Fob, which are the preferred methods for unlocking and locking your vehicle. The cards are durable, waterproof, do not require batteries, and are inexpensive to replace only $35 for two, whereas standard keys can cost up to $300 to place and reprogram and make it simple to revoke access if a key card is lost or stolen.

The same is true for Tesla Key Fobs, which are an optional extra for model 3 and the model, but standard on Model S and Model X. The Tesla keycard works with all Model 3 NY vehicles and the upgraded 2021 plus Model X and S, making use of the NFC key Card NFC allows you to use your phone as a key card when you register your smartphone as a phone key.

Due to interference from other contactless cards, the keycard may not be detected within a wallet. Place the card flush against the b pillar between the front and rear doors, a few inches below the concealed camera behind the glass.

The car will emit a single chirp to signal that it’s unlocked if the function is enabled otherwise, the lights will flash to show you that it is unlocked. Remove the key from the ignition, get inside the car, and you’re ready to go.

If you wait more than 30 seconds between unlocking the car and pressing the brake, a warning will appear on the screen informing you that you must tap the key again to drive. The screen will display a visual explaining how and where to insert the card, and this varies by vehicle model, so follow the on-screen directions for your vehicle.

How to add a new key card

To add a new card you must have an existing key. Enter your car and select the car option from the screen. To add a new key card, go to the lock section and hit the button. Set up the new card by following the on-screen instructions, which vary depending on the vehicle model.

How to remove a stolen or lost NFC card

You can revoke access if you have misplaced a key card or want to prohibit a key card from entering your vehicle. Enter your car and select the car option from the screen. Go to the lock section and click the Trashcan symbol next to the key card you want to get rid of.

Follow the directions on the screen, and if you’re unsure which key card to use, use this trick whenever you touch a keycard against the central console three Y or wireless charging pad on the 2021s or X, it will identify itself from the list on the screen.

Tesla’s astonishing software overhaul appears to be the cause of its demise. Even though they replied by attacking the hackers, the footage verifies the hacker’s assertions.