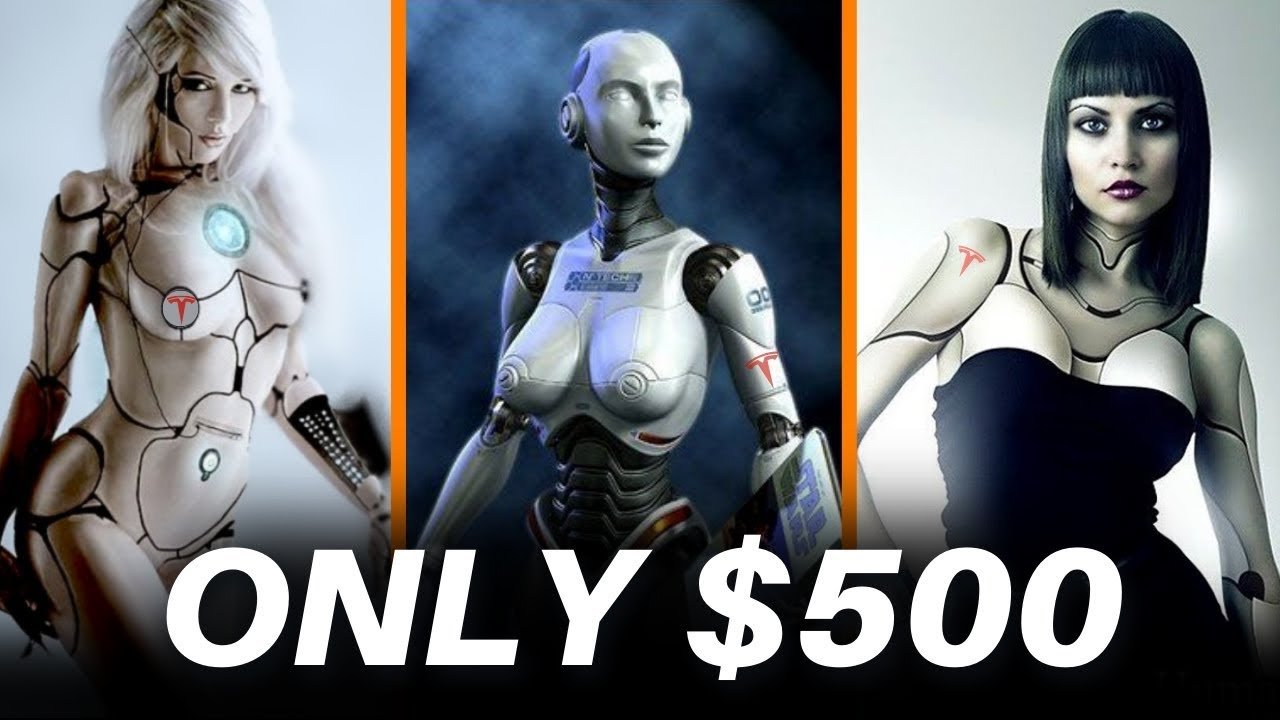 Experts say this robot will be able to mirror human-like movements and also perform repetitive, boring, and dangerous tasks. But what makes Optimus special? What should we expect from it, and when will it be launched?

Stay tuned! Despite being displayed at a recent Tesla AI event, not many people took the news of this spectacular robot seriously. You can’t blame them though. Experience has taught us that sometimes, production delays may disrupt the order of things.

However, the case may be different this time. The Humanoid robot which Tesla claims can do almost anything you can think of is supposedly in the works. As unbelievable as that may sound, one can only anticipate this fascinating humanoid robot called Optimus.

And guess what??! It is expected to be unveiled in a few weeks from now. Recall that Tesla first announced the Optimus during the AI day that took place back in 2021. Admittedly, the concept of having a living robot at your disposal sounds strange, which is normal.

But that might change as soon as the Optimus humanoid robot hits the tech market. It will be the product that performs all your repetitive and dull tasks for you. As mentioned earlier, although Tesla has in the past moved product release dates, the tech company seems serious this time.

As of now, Tesla has uploaded numerous job postings on its website for engineers, architects, and managers among others. These are the professionals who would be working on the Optimus team. There is no doubt that this project is one that the company is serious about, unlike the Tesla phones and some other ideas which never made it past the conceptual stage.

The company is also on the lookout for motor engineers, and designers to work on this program, an indication that the company may be employing more for the Optimus program than for the electric automobiles arm of the company.

The Optimus robot is set to be revealed on the 30th of September, 2022. Unlike other products Tesla manufactures, Elon Musk has revealed a substantial amount of information regarding the humanoid robot.

He highlighted some of the things to look out for in the highly anticipated Tesla Optimus robot in his interview with China Cyberspace magazine. Optimus is a humanoid robot that is shaped like a human and walks on two legs.

It has the ability to walk like humans and ascend and descend stairs. Additionally, Optimus has distinguished life-like facial expressions that make it even more believable. Just like all robots, the Optimus is designed to make life easier for humans.

As a result, it has an impeccable ability to learn. One of the major reasons for designing the Optimus robot is to tackle the increasing labor shortage across the world. Musk believes that the Optimus is a viable replacement for manual employees since it has advanced human-like abilities.

This robot will be able to do different chores independently. Including basic domestic activities like running errands within the house and executing complex tasks such as lawn mowing or even cooking.

Of course, this would mean that the humanoid will possess some extra level of intelligence to be able to work as both an industrial machine and a piece of household equipment. Remarkably, Optimus will run on the same artificial intelligence system used by Tesla cars.

Musk claims that the Optimus will have the ability to interact with real-life items and would be able to traverse its environment independently. This is all thanks to an array of sensors embedded in the robot which enables it to see its surroundings.

This means that the Optimus robot could help deliver a coffee into the conference room while the assistant works on other important things. Interestingly, as Optimus interacts with humans and uses more of its capabilities, it will develop a deeper understanding of the tasks that it’s capable of performing.

It will also know how to efficiently accomplish them. So in a sense, the Optimus gets better with use and it can do various jobs safely and more efficiently. Musk stated that the company intends to make room for continuous expansions of the robot’s intelligence.

Another significant feature that should be expected is the option of updating it. It is believed that owners will have the ability to update it to keep up with the current technological advancements. Currently, no one knows how much the robot would go for.

Musk believes that focusing on mass production will ultimately reduce the price of the Optimus robot. He reassures that he intends to make it affordable to everyone. He even stated that the Optimus might become cheaper than the regular Tesla cars in the coming years.

For the first year of production, however, many estimate that the Optimus cost price will start from $20,000 upwards. Regardless of the cost, however, the goal is to create a robot that is efficient enough to take on dangerous factory jobs yet flexible enough to take care of domestic household chores.

To further reiterate the safety of his robot, he stated that he’ll be gifting his grandparents the Optimus to serve as their caregiver. The Tesla bot is designed to do tasks you don’t want to do. We know we already have machines that make working easier, but you would agree that it would be nice to have a machine that helps you load the dishwasher with your used plates.

Or perhaps, one that runs errands like going to the grocery stores for you. That would be nice but we do not expect these features anytime soon. For now, the Optimus robot will just be used to lift heavy objects when asked.

This is because it is still in the works and so many developments can arise during production. Since the robot will have all these amazing abilities, one begins to fear the situation of a robot “taking over.”

If it looks like a human and acts like one, what’s the guarantee that it’s not going to overpower humans? Well, Elon Musk has assured us that no such thing will happen.

He stated that the humanoid is something we can always get away from. The robot will be designed in a way that one can overpower it. All operations will be manually imputed by the owner. He also stated that a localized chip will be imputed into the humanoid for its safety.

This localized chip cannot be upgraded remotely. One of the safety measures would also be the humanoid’s complaints to orders to avoid the dystopian situation. So, you will be able to instruct your humanoid to stop singing something and it will listen to you.

As for the specs, Optimus weighs 57 kilograms and has a top speed of five miles per hour. It is 173 meters tall and has a maximum payload capacity of 45 pounds. As impressive as these specs are, one can’t say for sure if the Optimus robot will always be like that.

Like many prototypes, these features are subject to change. It is possible that they’ll come in different sizes, or you could have the option of customizing yours, although Musk has not mentioned this. Experts say Optimus will be a general-purpose robot.

But other than that, there are so many details about it that we don’t know yet. For instance, we don’t know for sure what it would look like. However, Musk made it clear that the final product would look nothing like the prototype that was presented.

The Tesla bot which was presented had a digital screen in place of facial features. This feature displays information and is used as a substitute for speech. The bot makes use of 8 autopilot cameras in place of eyes to interpret its surroundings.

Since Tesla is famous for manufacturing highly efficient self-driving cars, it is only logical to use some of the technologies used in building its cars in the humanoid robot. One can easily say a Tesla car would pass for a robot on wheels.

The Optimus robot has features such as Multicam video, neural networks, neural net planning, and auto labeling. All of these are natural features of Tesla autonomous vehicles. What do you make of this robot? Is it the coolest humanoid robot ever? Let us know what you think in the comment section.

Thanks for reading till the end. Comment what’s your opinion about this information:- “Tesla AI Day First Humanoid Robot Is Now Officially Alive. Take A Look?”