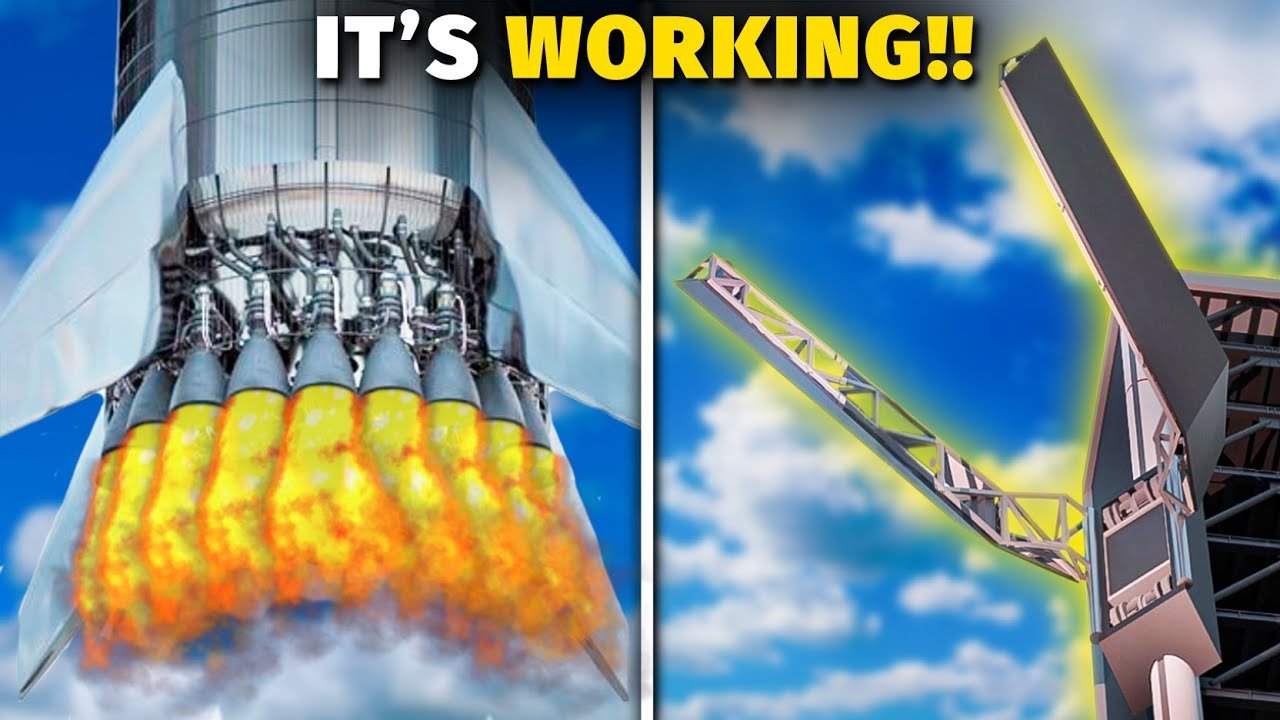 SpaceX has faced so many challenges trying to lift the Starship from the ground to space – one ultimate thing that is keeping the starship project running up till this moment is that Elon Musk’s destiny cannot be denied even though it has been delayed by the FAA.

Today we will have an interesting discussion about how SpaceX plans to fire up the Starship with the 33 raptor engines into space for the first time.

Despite the delay this project experience at the hands of the FAA, Elon Musk didn’t give up his ambitions to land on Mars. He stood keen and confident with what he wanted to achieve with the Starship and his intentions of building a human-friendly city on Mars.

Thank goodness the FAA has given the go-ahead for the Starship to be launched into space. Now it’s time for Elon Musk and SpaceX to make their fans proud. The Starship rocket and its Super Heavy are scheduled for pressure testing and a static fire test at its facility at Boca Chica, which will assess their ability to burn fuel regularly over time.

If it survives, which is by no means certain given the developmental nature of the Raptor 2 engine, the starship launch might happen by this coming July. SpaceX’s next-generation Super Heavy rocket has been moved to the orbital launchpad at its Boca Chica, Texas, Starbase facility ahead of its maiden static fire test using all 33 Raptor 2 engines.

After a thorough environmental evaluation, SpaceX got authorization from the FAA to proceed with launch preparations, 10 days before the flight from its shelter to the launchpad. SpaceX released many images of the giant Super Heavy rocket being brought to the launchpad with care.

Engineers going close to the Super Heavy show the full size of the 229-foot-tall booster, which will grow to 394 feet when the second-stage Starship is fitted at the top. A static fire test entails firmly attaching the reusable rocket to its launch stand before igniting its engines for a brief period to ensure that everything works perfectly.

While SpaceX has already performed a static fire test of a limited number of the Raptor engines on the Super Heavy, it has yet to ignite all 33 simultaneously. And now is the time for SpaceX to fire all 33 raptor engines beneath the rocket.

If the test becomes successful, it should be a beautiful sight we will all behold – sighting the 17 million pounds of thrust, which will make it the most powerful spacecraft ever to fly when it finally takes off. The static firing technique may be carried out in a few days.

Suppose the FAA approves SpaceX’s final launch permit. In that case, SpaceX may launch the first-stage Super Heavy and second-stage Starship all at once into orbit in late July or early August.

SpaceX is one of many commercial space companies working with NASA on the Artemis program, which aims to usher in a new century of human space exploration by sending crewed missions to the moon and Mars.

According to the current plan, NASA will land the first crewed mission to Mars taking place in the late 2030s or early 2040s. But for the time being, all eyes are on the Super Heavy as it prepares for a major static fire test and a much more crucial maiden orbital flight.

Before each launch of its Falcon 9 rocket, SpaceX conducted a so-called static fire test, which involved a brief igniting of all nine Merlin engines on the rocket’s first stage. Let’s look at the purpose of a static fire, the types of flights where SpaceX avoids this test, and why.

We will also explain why certain static fires are executed with payloads attached while others are without payload. Before each flight, SpaceX meticulously tests its engines and rockets. Every Merlin engine, for instance, is tested at least twice individually before its initial flight, and again as part of a fully assembled Falcon booster outfitted with nine Merlin engines.

These testing are carried out at McGregor, Texas, and the new rocket is only shipped to one of the launch sites if they are successful. Previously, each rocket was tested with another static fire at the launch site a few days before the flight.

This test was carried out using a fully built rocket, including the second stage and, on occasion, the payload. The goal of the test was to double-check the first-stage engines, as well as the pad equipment and prelaunch processes, such as fueling and the launch countdown.

SpaceX took prelaunch preparations to the next level last year when it began omitting static fires on some Starlink missions. The first time this happened was on the Starlink v1-8 mission in June 2020, and since then, countless more missions have skipped the test-fire test.

To be specific, the reason for omitting this prelaunch test was that no major designs have been made for the Falcon rockets in recent years. As a result, it is a very reliable and time-tested machine, which likely implies that the static fires test reveals any difficulties over time.

Furthermore, a static fire varies from a conventional launch in that the engines are turned off a few seconds after ignition. In contrast, a normal launch keeps the engines going till the rocket takes off.

The majority of possible faults discovered by a static fire are also revealed during the regular countdown on launch day. Therefore, completing a separate static fire before each launch is unlikely to be advantageous.

SpaceX engineers have been hard at work developing Super Heavy B7 for its next key tests, the outcomes of which might determine whether the giant rocket aids in the launch of a Starship later this year or not. The aim is to certify the first Super Heavy booster for flight.

To accomplish this, SpaceX must finally static fire a Super Heavy with all needed Raptor engines. That means 33 new “Raptor 2” engines capable of producing 7600 metric tons of thrust for Booster 7 and its near-term successors will be used.

That is precisely what SpaceX engineers have been working on since Booster 7’s second return to a Starbase assembly bay. They have spent every day installing Raptor 2 engines one at a time, and bit by bit. And, of course, they deserve an award for making this magnificent beast possible.

Due to the Super Heavy’s transition inside a brand-new assembly building known as the Megabay, High Bay 2, or Wide Bay, the half-dozen or so many photographers who have come to take a picture of Starbase regularly have yet to find an angle that shows the state of the Raptor 2 engines installation progress.

It’s obvious that SpaceX is taking its time, which means that the space company is also assembling Booster 7’s Raptors and engine section in shrouds to protect them during static fire testing and during launch reentry, and landing, assuming B7 survives that far.

For the previous months, SpaceX has been delivering at least a handful of new Raptor 2 engines weekly, meaning that all 33 engines may now be onsite at Starbase. Suppose certain engines are still undergoing proof testing at SpaceX’s McGregor, Texas facility, it might be a few more weeks before all required engines are onsite.

Aside from booster outfitting, SpaceX has been rapidly renewing the vast tank farm at the Starbase orbital launch site, which is capable of storing, subcooling, and distributing hundreds of tons of liquid oxygen, liquid methane, liquid nitrogen, and a variety of gases.

SpaceX would need to load the rocket with about 3400 tons of fuel for a full wet dress rehearsal, which has never been done with Super Heavy. To be on the safer side, Super Heavy B7 will almost certainly have far less propellant aboard during nearly all of its static fire tests.

Still, a full static fire with a full load of propellant, will almost certainly be one of the main final goals of any static fire campaign. At full speed, 33 Raptor 2 engines would likely consume roughly 25 tons of propellant every second, consuming a massive quantity of fuel.

We are all waiting for SpaceX to accomplish its mission and send the large, hefty Starship into orbit and on Mars; when it does, there will be a round of applause. In your opinion, what more tests are absolutely necessary for SpaceX to carry out on the Starship?