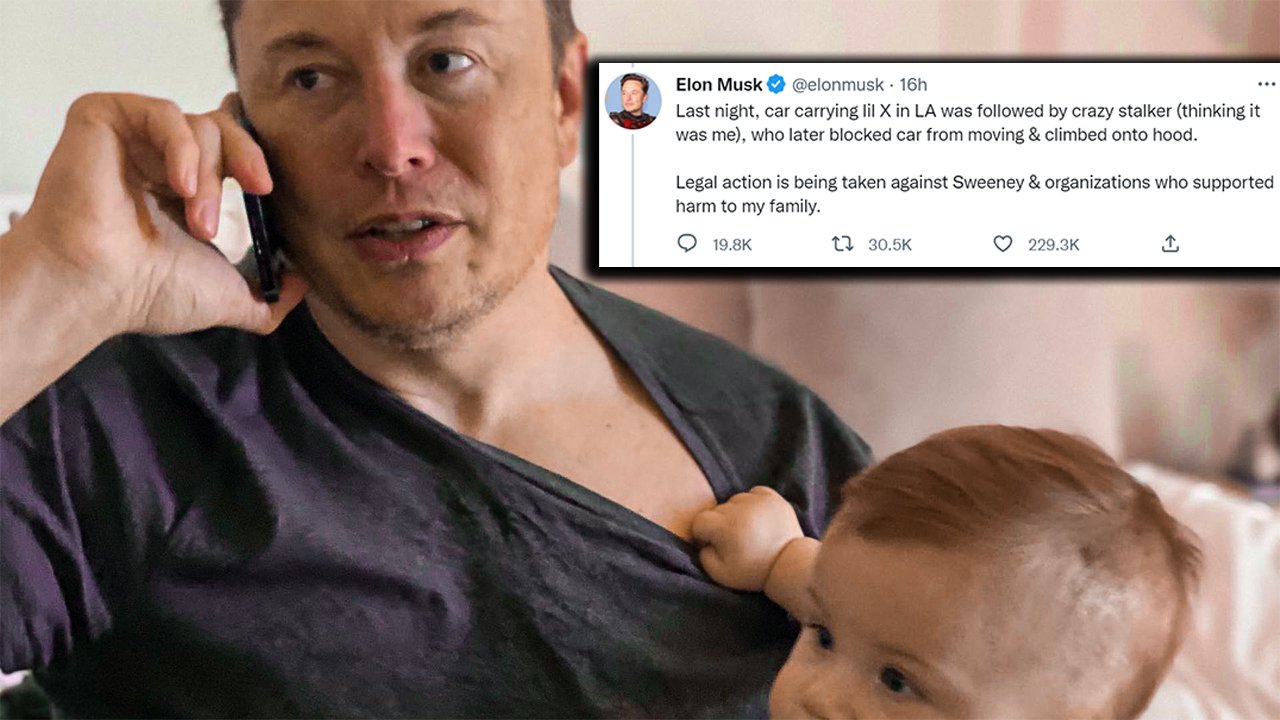 My young son was chased on the road by a ‘crazy stalker’: Elon Musk:- Elon Musk revealed on Thursday that his young son, nicknamed ‘X’, was stalked on the street in Los Angeles by a “crazed stalker”.

Elon Musk revealed on Thursday that his young son, nicknamed ‘X’, was stalked on the street in Los Angeles by a “crazed stalker”.

Musk tweeted, “Last night, a car carrying Lil X in LA was chased by a crazed stalker (that was me) who then stopped the car from moving and climbed on the hood.”

The pursuer stopped the car from moving forward and got on the bonnet.

Musk further said that any account doxing the real-time location information of any individual would be suspended, as it is a breach of physical security.

“This includes posting links to sites with real-time location information. Posting the locations someone has traveled with a slight delay is not a security issue, so it’s okay,” informed Musk.

Musk further commented, “Legal action is being taken against organizations that harmed Sweeney and my family.”

On November 7, Musk claimed that the account was a “personal security risk”, but that he would not suspend it as a part of his “commitment to free speech”.

In January, Musk offered Sweeney $5,000 to remove a Twitter bot tracking the movements of his private plane.

Meanwhile, some of Musk’s followers urged him not to take any legal action against Sweeney.

“Elon, she’s just a child. Don’t take legal action against her. I understand you’re upset when your child’s safety is put at risk, but even working with Greenspan, I don’t want to Somebody else go through that,” posted the Whole Mars Catalog.

Thanks for reading till the end. Comment what your opinion is about this information:–“My little son was followed by a ‘crazy stalker’ on road: Elon Musk”