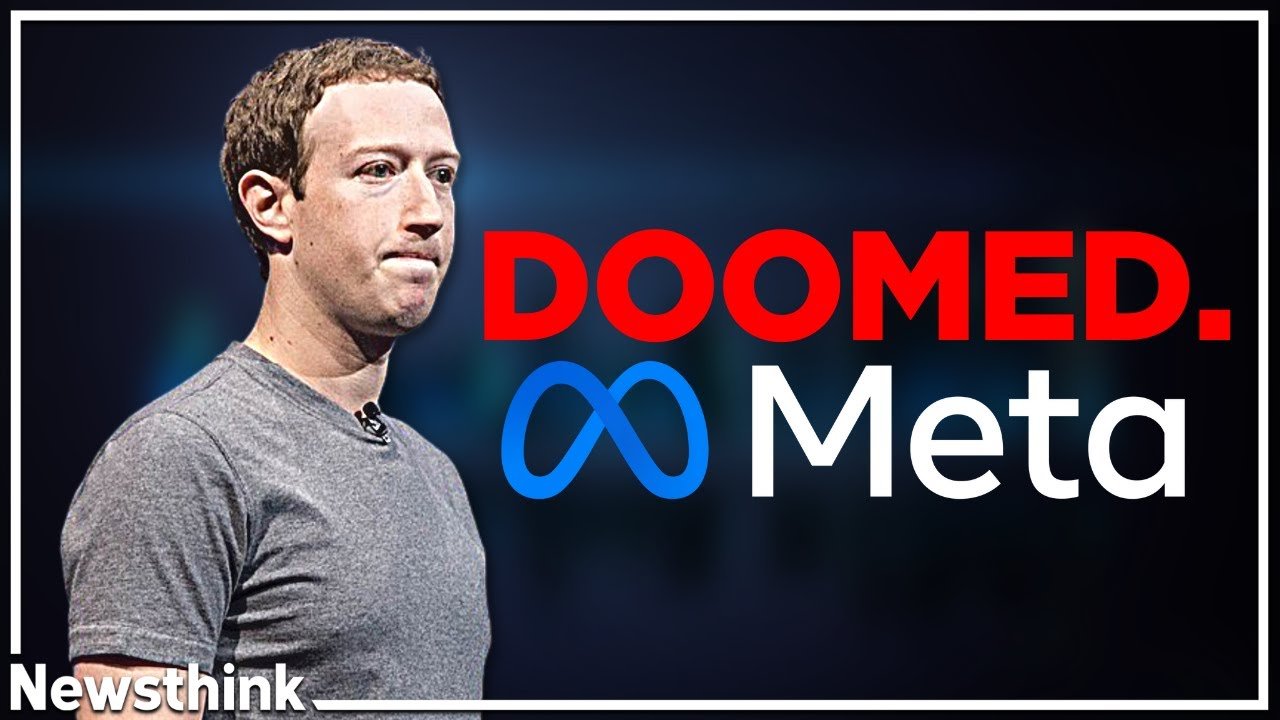 Zuck Bet His Whole Fortune on the Metaverse. Now, Meta is Failing. Why?:- Mark Zuckerberg was once on his way to becoming the richest person in the world. In September 2021, his net worth reached $142 billion, making him the third richest person on Earth.

This man gave birth to the social media industry. Yet today, the Facebook founder has seen his net worth drop by more than $100 billion…moving him down to number 28 on the Bloomberg Billionaires Index. Zuckerberg’s downfall mirrors the decline of his company. At one point, Meta was valued at $1 trillion.

Today, Facebook’s parent company has lost three-quarters of its value. Its market value is now lower than that of Home Depot. On November 9, Meta announced it laid 11,000 people, or 13% of its workforce.

That’s nearly three times the number of employees Elon Musk let go from Twitter weeks ago. In a message posted on his company’s website, Zuckerberg wrote: “I know this is difficult for everyone, and I am especially sorry for those affected.”

Meta has burned billions – spending so furiously on its virtual world that predictions suggest it could eventually cost more than the entire Apollo moon program… which was more than $250 billion adjusted for inflation.

We believe the Metaverse will be the successor to the mobile internet. We believe so deeply in this vision that we renamed our entire company after it.

Last year, in October 2021, the Facebook company officially changed its name to Meta to reflect a new focus. The Metaverse is a vision of the future where people share virtual worlds through virtual reality or augmented reality headsets. The Quest Pro is the first in a new line of advanced headsets.

In the same way that everyone has a smartphone today, Zuckerberg is betting they’ll have a headset tomorrow. He’s been intentionally pivoting away from Facebook. Facebook’s research shows it’s struggling to keep young people interested.

Facebook’s number of daily active users dropped at the end of 2021 for the first time. And TikTok has been taking away eyeballs from Meta’s Instagram while WhatsApp doesn’t run ads.

It was already a painful year for Meta before it announced massive layoffs in November. The value of Meta fell by $232 billion in a single day in February.

Zuckerberg blamed this partly on Apple’s privacy changes, which gave iPhone owners the choice of whether they would allow apps like Facebook to monitor their online activity.

$10 billion is just a number I had trouble processing. I feel sick to my stomach thinking about that much money being spent.” John Carmack is an adviser to Meta and the former chief technology officer at Oculus, the VR company Facebook acquired.

His comments put him at odds with Zuckerberg, who put all his eggs in one metaverse basket. Zuckerberg is committed to a division of Meta called Reality Labs — which makes VR and AR headsets and software.

Reality Labs reportedly has 17,000 employees — four times the size of Twitter’s entire workforce. Like other tech companies, Meta has gone through a hiring spree during the pandemic as everyone is locked at home on their computers.

But now, Zuckerberg admits that Meta has grown too quickly; The global economy has slowed, inflation has spiked, and investors are nervous about costs.

Facebook has weathered storms before — even scandals related to privacy and misinformation didn’t hurt its financial performance. But this time… it’s different. While tech stocks have slumped, Meta’s problems go far beyond both the Nasdaq and the S&P 500.

November’s job cuts are the most significant since the company was founded in 2004. A hiring freeze will be extended until March 2023. Employees will lose some perks.

They already lost free laundry and dry cleaning earlier in the year. Zuckerberg is asking his employees and investors to trust him. And his plan for the metaverse.

He’s made himself the face of his company’s push for the metaverse. According to the New York Times, some meta employees refer to metaverse projects as M.M.H., an acronym for “make Mark happy.”

ut he wasn’t too happy after he posted a selfie to Horizon Worlds, Meta’s virtual reality social network, and the world was laughing at him for how ridiculous it looked. People on Twitter were ruthless, comparing Horizon Worlds to some of the older stuff from decades ago.

In response to the mocking, Zuckerberg promised the graphics would get a lot better and shared an improved version three days later.

But even Meta’s employees are barely using its metaverse app! In September, the vice president in charge of Meta’s metaverse division, Vishal Shah, wrote in an internal message board obtained by The Verge:

“The simple truth is, if we don’t love it, how can we expect our users to love it?” He said managers would start tracking employees’ use of Horizon Worlds. Nearly all of Zuckerberg’s wealth is tied up in Meta stock.

So he is betting his entire fortune on the success of his vision for the future. During Meta’s earnings call in October, Zuckerberg defiantly said: “I think a lot of people may disagree with this investment.

I think people are going to look back on decades from now and talk about the importance of the work that was done here.” But for now, as one headline proclaims, its metaverse dream feels as far away as ever. It remains to be seen whether the metaverse will transform our lives.

Thanks for reading till the end. Comment what your opinion is about this information:– “Zuck Bet His Whole Fortune on the Metaverse. Now, Meta is Failing. Why?”