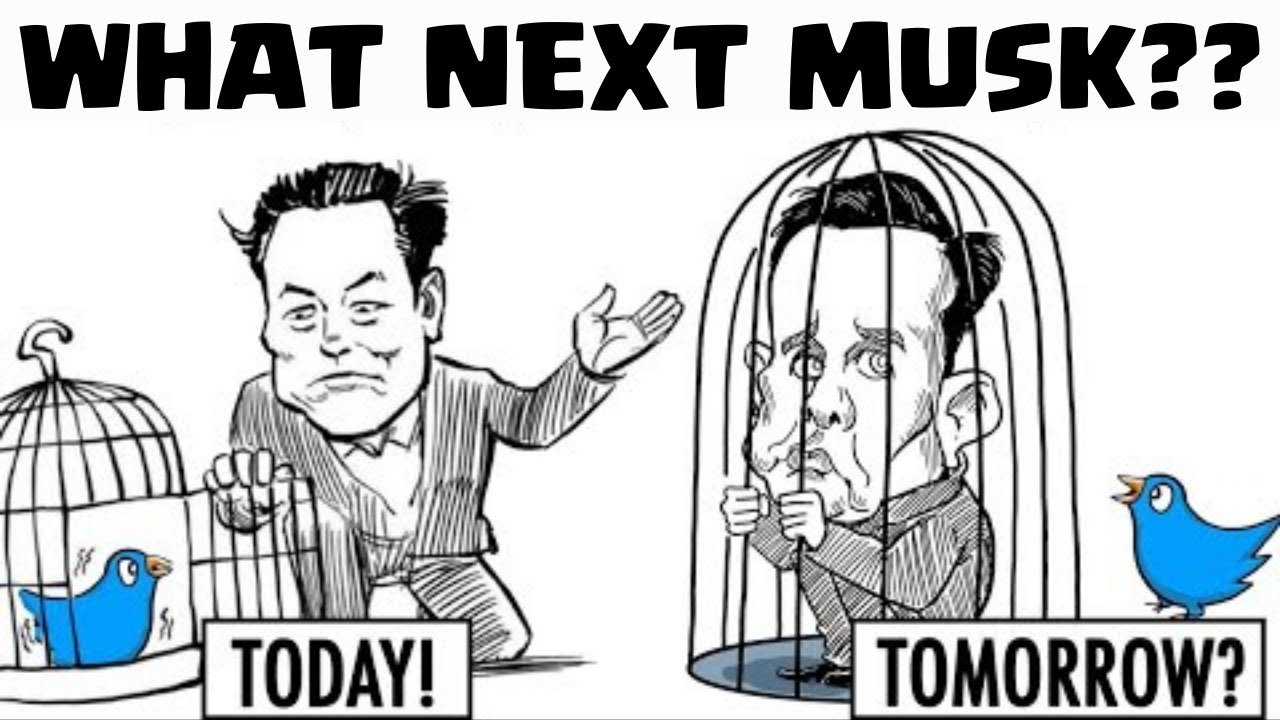 Is Twitter a trap for Elon Musk? | A distraction from Tesla & SpaceX?:- The world’s richest man Elon Musk just purchased his favorite thing, Twitter. CEO Parag Agrawal and the board weren’t that interested in the beginning.

Elon Musk succeeded eventually. Who could stop Musk especially when he was willing to pay $44 billion? Most billionaires have ownership of media houses. If you don’t know, Musk is responsible for making electric car cool.

Tesla and SpaceX, two of Musk’s companies are popular. Musk has other science projects in his bag, like solar city and boring company. Twitter takeover might be Musk’s most difficult.

Will running Twitter distract Musk? How can a social media platform disturb a genius billionaire businessman in his work? Or, is it possible that Twitter changes Musk? Before I tell you that, please subscribe to our channel.

Jack Dorsey, the Twitter founder said, he wouldn’t want to see Twitter becoming a one-man show, but he trusts Musk. First things first, Twitter is quite small compared to other social media. Even smaller than Pinterest and Snapchat.

But it is also true that news breaks first and fastest on Twitter. Privatization of Twitter could lead to regulatory problems. Any wrongdoing may be blamed upon Musk. Will Elon choose Twitter over Mars and an electric car? Because Twitter lacks some features, other social media platforms left it behind.

Musk wants spam accounts disabled. Twitter has known about these bots but has not acted. Nearly half of accounts tweeting about coronavirus were bots as per research.

So how many real users does Twitter have? Twitter does not have an edit button and if made available, people can change their tweets. This will be bad. Musk will provide verified badges to all humans.

So everyone will have a blue tick against their name. Elon said that he is a free speech absolutist. He believes Twitter has tremendous potential that he will unlock.

Question is, what is absolute free speech that Musk supports, and to what extent? Was the suspension of Trump’s account act against free speech or to discourage hate speech? Will suspended accounts return including Kangana’s? If free speech is absolute, then the conversation can turn ugly, involving personal attacks, or even misogyny, racism, and homophobia.

Where do you draw the line, Elon? But if Elon doesn’t want a clear line, the filth will increase even more on Twitter. Community guidelines are a norm on other social media platforms. Meet Mark Zuckerberg, who also advocated free speech absolutism.

Facebook started to allow holocaust deniers and Zuckerberg justified it by saying it’s their freedom of speech. Is it the duty of Facebook to provide space for such beliefs? So Zuckerberg thinks. Later on, when sponsors pulled money, Facebook reversed its stance.

Amnesty International is trying to explain to Musk that free speech does not mean a violation of personal space. Musk believes that Twitter is a big problem that needs to be solved. Elon Musk thinks he will find solutions with science, maths, and engineering.

Just like he did with electric car manufacturing and rocket reuse. But removing bots and free speech absolutism may not solve Twitter’s problems. Twitter is a human problem as machine learning cannot identify misinforming accounts.

How can 500 million daily tweets be scanned in multiple languages? Coding and engineering might not solve every problem. Human intervention is needed. A board to deal with sensitive issues was set up by Facebook. Twitter could do the same.

Now, Elon Musk will decide what’s gonna happen. There is no system, just a one-man show, it seems. Musk may not be a free speech absolutist as he claims to be. Musk spoke against the mask mandate in the USA, and made it optional in his company.

In China, which is Tesla’s 2nd biggest market, Musk is quite soft. He speaks nothing over there. Whatever the Chinese government demands, Musk follows. Like, workers will live in the factory, and Musk obeys. Musk will have to deal with other countries governments.

Twitter has to obey different rules in different nations. Like in India, new IT rules. Will absolute free speech be possible then? Only Elon knows how he will handle free speech and Twitter. What is the revenue model of Twitter? As Twitter is not a money-making machine yet.

Other social media platforms have become profitable, on the other hand. How long will the loss-making company last? Musk has secured $25 billion in debt for buying Twitter so this could cost him $1 billion in interest a year. This is more than what Twitter earns.

So there is a lot on his plate, regulations, rules, and financial struggle. Then will Elon have any time for the Mars mission? The right says that Twitter is dominated by the Left. The left says that the right spreads lie on Twitter.

Can Elon solve this problem? Can he manage Twitter and his other companies at the same time? Or, will he realize Twitter problems can’t be solved by coding alone? He could instead solve problems like climate change, world hunger, etc. with $44 billion.

Twitter may stay the same, even after purchase. And Musk may come to realize that this was an impulse purchase. Twitter is a reflection of human nature. Chaos is another name for Twitter and it may continue to define it.

Thanks for reading till the end. Comment what your opinion is about this information:–  “Is Twitter a trap for Elon Musk? | A distraction from Tesla & SpaceX?”

3 thoughts on “Is Twitter a trap for Elon Musk? | A distraction from Tesla & SpaceX?”