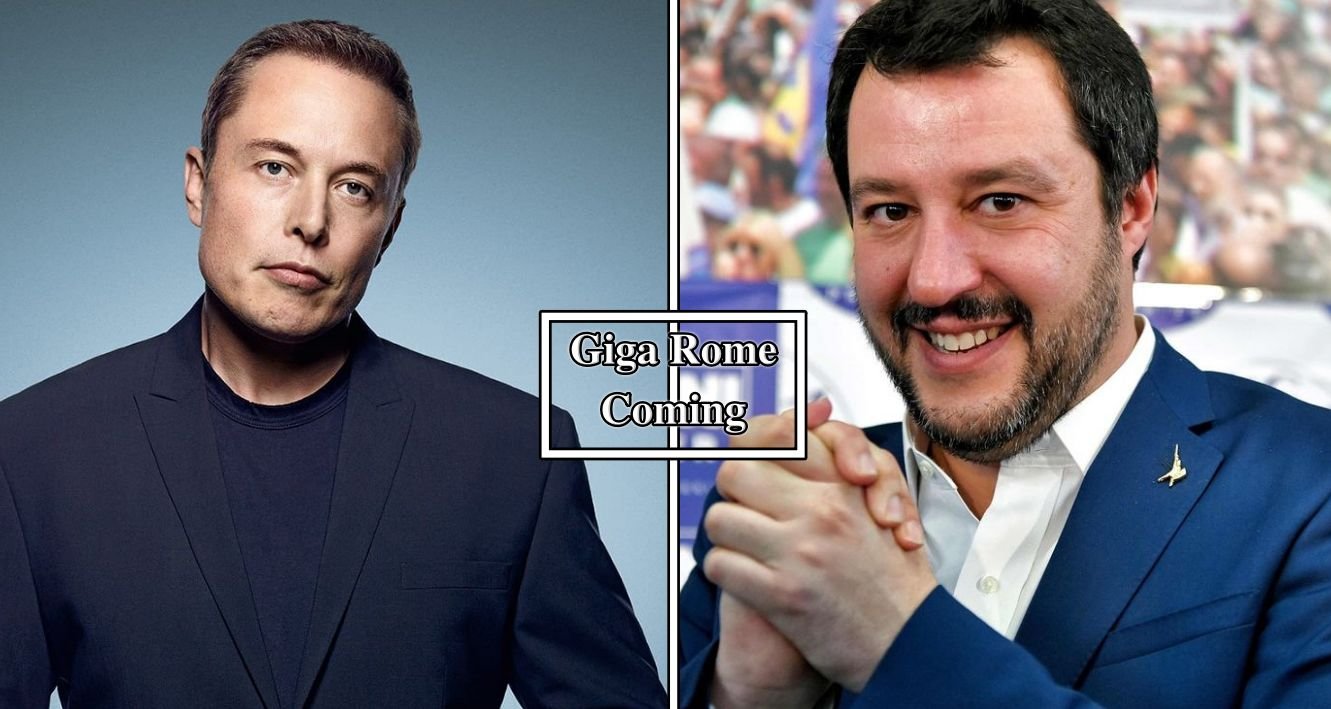 Tesla’s humongous Gigafactories have the ability to produce a minimum of 250,000 capacity per year. When pushed to the limit, it can do even more.

This rate of production offers vital employment and economic growth. Seeing these, Italy is on a hunt to have a Gigafactory for herself too.

It has been made quite obvious that Matteo Salvini, who now serves as Italy’s minister of infrastructure and transport, is keen on seeing Tesla increase the amount of money that it spends in the country.

In addition, the Minister promised Tesla would have the full backing of the Italian government. Salvini also talked about how he thought Tesla should be investing more in Italy.

[He openly asked Tesla to establish its next Giga Factory in Italy since he believed it would tremendously benefit the country’s auto industry. Bearing this in mind, where will the next Giga factory be?

He didn’t spare the chance to point out the Tesla number of issues Tesla has run into in Germany.

[These problems included Tesla’s desire to clear a protected wooded area from the GigaBerlin site in order to build there, and several protests in opposition to the construction of the factory.]

Even though Tesla received approval in the end, the legal process in Germany took months to complete. During a webinar, Matteo Salvini praised Elon Musk as one of the main inventive brains of the globe.

Tesla has in the past allowed owners of self-driving vehicles that were not produced by the business to use its Superchargers in the country of Italy. These automobiles were not manufactured by Tesla. Italy was the first country to adopt this approach.

It is possible for drivers of cars other than Teslas to take use of any of Italy’s 18 Superchargerlocations, which are spread out around the country. The Tesla Gigafactory Giga Berlin was officially opened for business earlier this year.

It is the first Tesla Gigafactory to be located in Europe and the second Tesla Gigafactory to be built outside of the United States. It has only been since 2011 that Tesla has been providing its electric vehicles for sale in Italy, but the business already has several hundred of its Supercharger stations spread out over the country.

LOCATION OF THE NEXT TESLA GIGA FACTORY

There have been persistent speculations that a Canadian Gigafactory would be built close to Montreal, and it is also possible that a facility could be located in Mexico. It is uncertain at this time whether or not Tesla intends to construct a second Gigafactoryin Europe.

[It will be very interesting to watch which of the potential locations for the second Gigafactory is chosen, especially given the fact that there are reportedly a large number of good candidates.]

In the year 2008, Elon Musk was charged with leading the organization as CEO. With a market value of more than $840 billion, Tesla is not only one of the most valuable corporations in the world, but among the fastest growing in the world.

Musk claims that Tesla’s objective is to hasten the transition to energy and transportation systems that are less harmful to the environment. Tesla had a market share of 21% of the global market for battery-electric vehicles in 2021 alone, as well as 14% of the market for plug-in electric vehicle charging stations.

Additionally, the company sells more battery and plug-in-electric vehicles than any other company in the globe. The Tesla Model 3 was the first electric vehicle to sell one million units worldwide, making it the greatest plug-in electric automobile of all time by June 2021.

It achieved this feat, making it the best plug-in electric vehicle ever. In a sales deal reached in 2020, Piedmont Lithium and Tesla agreed that Piedmont will provide Tesla with spodumene concentrate from its North Carolina mining facility in return for Tesla purchasing high-purity lithium ore for up to 10 years.

Additionally, the deal specified that Tesla would provide spodumene concentrate from its North Carolina mining location to Piedmont. It’s natural to be curious about this man’s place of residence, given that he’s planning on traveling to space and is also considering moving underground. Obviously, it exists on earth, but the question is: where?

Thanks for reading till the end. Comment what’s your opinion about this information “Is Elon Musk’s Next Giga Factory in Italy?“.