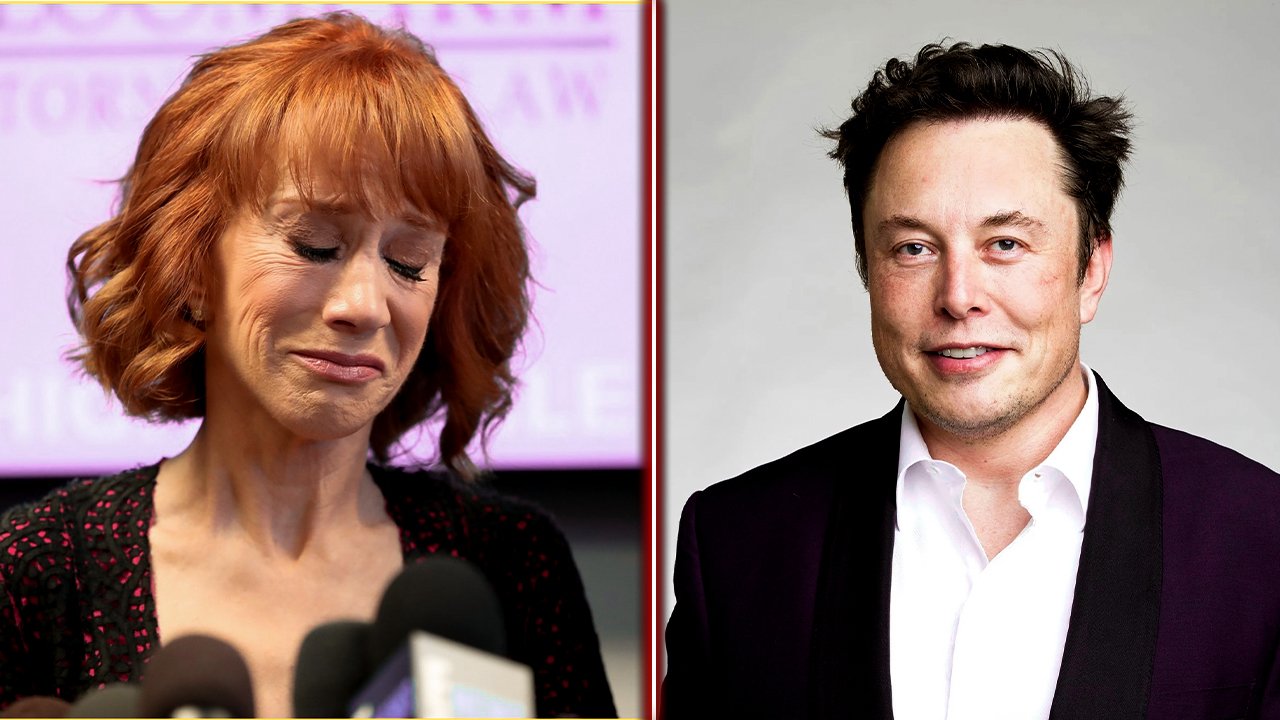 Kathy Griffin blames Elon Musk for rising in hate on Twitter, says it feels like ‘Hitler 2.0’:- I’ve always made fun of how unique my voice is, and so incredibly annoying. So, the most challenging thing in my life right now is finding what I call my “new voice”. My left vocal cord is paralyzed, and I can’t get my voice back.

I’ve been very conscious of it because now I sound a bit like Minnie Mouse and I have to explain it to the audience every time I stand up.

Some people think I’m joking, but I was diagnosed with lung cancer in August 2021, without ever smoking, and the surgery to remove the cancer left me with pretty extensive nerve damage. But it’s funny, I’m getting so many people that they like this sound better. If people have that attitude, then I’ve hit the jackpot.

The best thing about Cancer is that boy, are people nice. And I work it like a shameless two-dollar w****. When I go out to dinner, if there’s something I don’t like, I’ll yell, “Can I have that again? I have cancer!” Then people ask what stage, and I have to say, “Well, technically, I’m cancer-free.”

Thankfully, the cancer was completely removed by surgery and my six-month and one-year scans have been clear ever since. But I try to have a sense of humor about everything, even that.

how has Hollywood changed

The thing I miss most, and the thing that scares me about comedy in general, is the loss of context and specifics. I’m able to look back at my work from 30 years ago and admit that I certainly wouldn’t say 25 percent of the show today. But now, we’re in a time made worse by social media, where we have this universal lack of forgiveness.

In many ways, if this 2017 photo of me holding the famous Donald Trump head — a Halloween mask on a wig holder — hadn’t been shared on social media first, who knows what life it would have turned into?

First of all, real publications would not have posted this. This should have been in a gallery anyway, not TMZ, so there was no context or nuance. People didn’t know about photographer Tyler Shields and didn’t know where I was coming from.

I get frustrated because I think people don’t want to know the origin of something. But that’s what my whole creative process is about. I guess intent doesn’t mean anything anymore. I think of my dear late friend Joan Rivers and her sharp wit, and I suspect she will probably be canceled today.

When I think about the Fashion Police jokes that Joan did in her final episode, it saddens me to say, that she could never do those jokes now, they would be considered too controversial.

getting canceled and its effects

An erasure is what the reaction to that picture felt like at the time and still feels like today. I was fired from my CNN New Year’s Eve hosting gig with my friend Anderson Cooper, theaters canceled my stand-up shows because of bomb threats, I was investigated by the Secret Service, and many more.

I was put on the “no-fly” list for months, and I didn’t get a gig on TV for years. It went down so fast and was so seismic. At first glance, I thought people were upset with the photo, but I laughed it off. I did immediately in a phone interview where I said, “I’m not apologizing.”

I’m thankful it didn’t work, because, at the time, I heard the Democrats were thinking I was going to behead American soldiers in Syria. Way to keep a level head.

The night of the Trump photo, I made plans with Melanie Griffith, Rita Wilson, and Kris Jenner to have dinner at my house.

I had the worst day of my career all three of them looked for a million dollars and I was in my PJs. It turned out that it was quite wonderful to talk to him that night. So much so that I thought: Can it all stop tonight?

Oh no. There was more intense right-wing hatred than I could have imagined, but that was not surprising. But it was hard for the left wing to be so swayed by this campaign against me. It was too much for me.

I came to know that my old friends were not coming back. Anderson Cooper called my photo “disgusting,” still hurts because I liked him. Andy Cohen saying “I don’t know him” after it all went down was painful and is painful because I enjoyed my time at Bravo.

I think I’m still banned from most talk shows, but Jimmy Kimmel and Seth Meyers were great, they were the only two that would keep me going. Aubrey Plaza brought a casserole two days after everything had blown up.

I don’t think I even changed my f pajamas. It was very special and meaningful. Those moments do go a long way; It’s another person, another beacon somewhere on the horizon.

But eventually, I realized that I shouldn’t leave my house for a few months until everything slows down. I started taking any prescription pill I could find. I took a lot of Valium, which is very addictive, and Xanax.

I then overdosed on June 25, 2020, and went to the hospital on one of those psychiatric holds. My joke about it is that I have more in common with Britney Spears and Kanye West now than ever. But I got the help I needed. And now I go to AA even though I’m a pill girl.

Misogyny and men being “canceled”

So when I see Dave Chappelle mocking cancellation culture and saying, “If it’s going to be canceled, I love it.” I think: Dave, you weren’t canceled, honey.

You are fine You got in a bit of trouble for four seconds on a comedy special for comments that some perceived as promoting bigotry towards transgender people. The boys from Netflix have your back like everyone knew they would.

It’s frustrating to me because Chappelle, Joe Rogan, Kanye West, and Elon Musk; None of them have been canceled or erased, and they need to calm down.

Do they need clarity on what it looks like when it becomes real? That’s five and a half years of lost income. That’s two million dollars in legal fees. Those friends, all chatter about it, but they haven’t a clue. Misbehavior is staggering to me.

Thanks for reading till the end. Comment what your opinion is about this information:– “Kathy Griffin blames Elon Musk for rising in hate on Twitter, says it feels like ‘Hitler 2.0′”