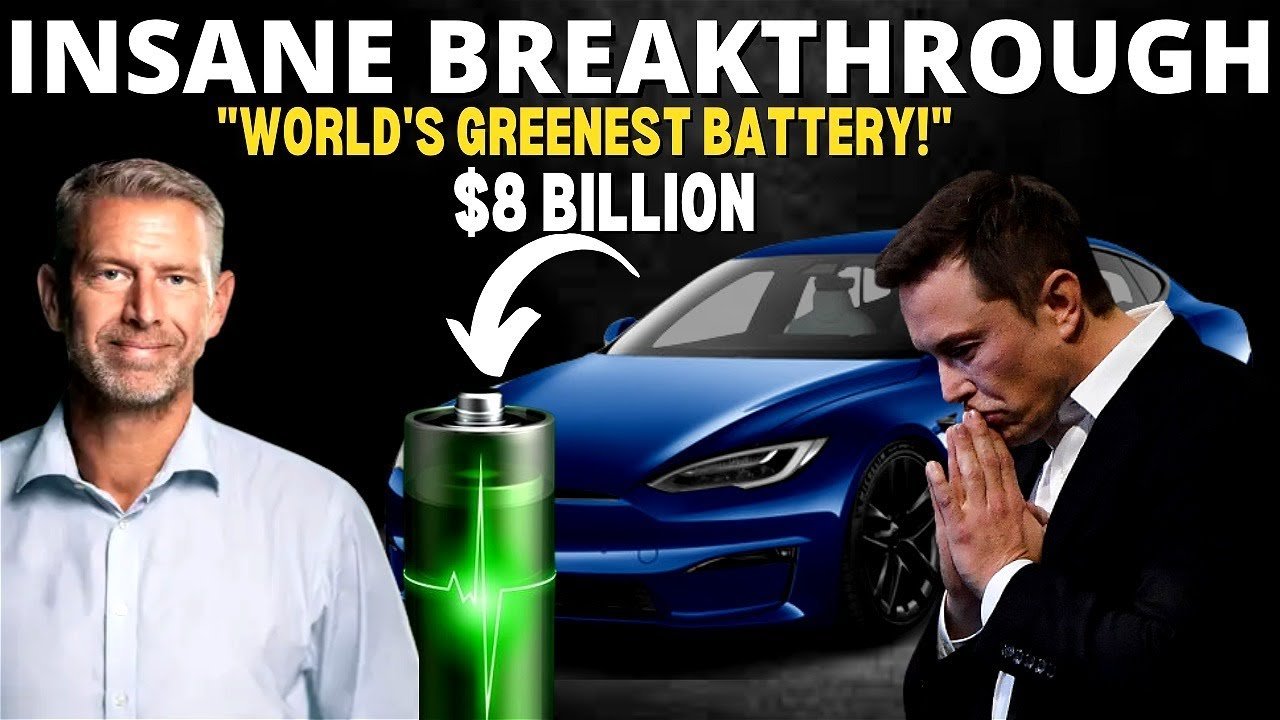 Ex-Tesla Engineer Becomes Elon Musk’s Biggest Competitor:- The market for electric vehicle batteries has been witnessing continuously strong growth rates over the past several years. This is due to the advent of electromobility and the subsequent increase in the production of electric vehicles or EVs.

For example, worldwide, makers of electric vehicle batteries generated an estimated 30 gigawatt-hours of storage capacity in 2017. This is approximately 60 percent more than in the prior year. Experts believe that this trend is likely to continue in the foreseeable future.

This market provides a significant opportunity, which has not yet been fully exploited, for European automobile manufacturers and battery manufacturers, as well as for the European economy as a whole.

Only around one percent of the demand was met by European companies. However, many automobile manufacturers have invested a significant amount of money into the start-ups of battery manufacturing firms.

It is becoming more apparent that Europe may soon become the next central production hub for batteries around the globe! In this video, let’s get into details about this new start-up battery manufacturing company by an ex-Tesla Engineer that will change the face of Europe!

Peter Carlsson, who supervised the supply chain for Tesla before returning to his native Sweden, thinks that the push towards electric propulsion by European automakers suggests a need for batteries far higher than anything that is now anticipated.

Some automakers are concerned about the dominance of Asian manufacturers like Panasonic Corp., LG Chem, and China’s CATL. Therefore they are considering increasing their manufacturing of batteries in-house. BMZ, a German business, launched the first portion of a battery facility last year.

LG Chem, a South Korean corporation, is spending $339 million on a factory in Poland, both of which involve the manufacture of battery cells. Samsung has announced that it will begin manufacturing batteries for electric vehicles in Hungary in 2018, creating an integrated production system that will range from producing battery cells to making battery packs.

NORTHVOLT Northvolt, Carlsson’s company, has secured a total of 8 billion dollars to expand capacity at the facility it is building in northern Sweden. This is in response to the growing demand for electric vehicles.

They’re aiming for yearly cell output comparable to 32-gigawatt hours once the facility operates at total capacity in 2023. However, there is a possibility that the facility might employ between 2,500 and 3,000 competent workers despite the production being heavily automated.

The facility would make use of inexpensive, renewable energy sources. It would be able to procure several essential battery components, such as nickel, cobalt, and lithium, from the local Nordic area. Peter Carlsson, the co-founder, and CEO of Northvolt stated that the company has been producing cells at its cell industrialization facility,

Northvolt Labs, for more than a year. He said they’re excited to bring the knowledge and technology they have developed to the north and start large-scale production.”

Carlsson, who has previous experience working for Tesla, continued by saying, “We have a solid foundation of world-class investors and customers aboard who share Northvolt’s aim of producing the world’s greenest battery to allow the European transition to renewable energy.”

The equity funding for the lithium-ion battery manufacturer came from investors such as Volkswagen and the investment bank Goldman Sachs in the United States. According to the firm, the private placement takes Northvolt’s total capital in stock and debt raised to $6.5 billion.

This makes the private placement one of the largest in Europe. The most recent round of funding for the firm, established in 2016, places Northvolt’s current market worth at over $12 billion. It has secured contracts worth over $27 billion from companies such as BMW, Fluence, Scania, and Volkswagen, which are accelerating their transition to electric vehicles.

At some point before the end of this year, it is anticipated that production will begin at the new plant. It will be the first battery plant built in the EU by a European company and be located in the EU!

As more people search for environmentally friendly vehicles and governments worldwide commit to reducing emissions, the demand for battery gigafactories has increased, and battery manufacturers have been working hard to keep up with it.

This is all part of an effort to reach net-zero emissions levels as quickly as possible. According to the projections of IHS Markit, annual sales of electric cars around the globe are anticipated to increase by over 70 percent in 2021, after reaching nearly 2.5 million in 2020.

The business anticipates constructing at least two further gigafactories on the continent over the next ten years and has stated that it is “actively evaluating the option” to build the next of these in Germany to fulfill its capacity target for the year 2030.

Additionally, Northvolt forecasts “tremendous growth” in other areas of the European value market. Northvolt sees “tremendous growth” in other aspects of Europe’s battery manufacturing value chain. This comprises the processing of raw materials into components, the fabrication of equipment, the production of battery cells and systems, and the building out of infrastructure for recycling.

“This is the beginning of a new European sector, and major investments will be required for it to thrive over the next ten years. It is heartening to see that the investor community has recognized the possibility at such an early stage.

Over the next few years, we anticipate seeing an increase in the number of investments made across the whole value chain, “remarked Alexander Hartman, Northvolt’s Chief Financial Officer. Carlsson stated that Northvolt has initiated finding a site for the facility and that the company will begin obtaining the necessary funding for a smaller-scale pilot line within the next few months.

Carlsson responded when asked how the CEO of Tesla, Elon Musk, felt about Northvolt’s plans: “We are not competing with Tesla because they are not going to sell batteries, but we do share a powerful vision, which is that it is enormously important to accelerate our society away from its addiction to fossil fuels.”

Europe must understand the significance of the potential for local battery manufacture. The continent is a very relevant player in the transition to producing electric vehicles or EVs. If it is not possible to establish this industry in Europe, it is possible that future electric vehicle manufacturing will take place somewhere else.

This will lead to the creation of value and jobs, which may eventually include the production of both current electric vehicles and legacy internal combustion engine vehicles.

However, establishing battery manufacturing in Europe might not only protect employment in the manufacture of electric vehicles and other forms of manufacturing but also create new jobs in fields such as cell manufacturing, the supply chain for batteries, and other related fields.

To seize this great potential, stakeholders must take action before electric vehicle makers sign supplier contracts that will last for decades, leaving latecomers to the electric vehicle battery business in the dust. So, do you think Northvolt will help meet the battery supply demand for EVs in Europe? Or do others need to follow its steps and build theirs too? Let me know your thoughts in the comment section below.

Thanks for reading till the end. Comment what’s your opinion about this information “Ex-Tesla Engineer Becomes Elon Musk’s Biggest Competitor.”