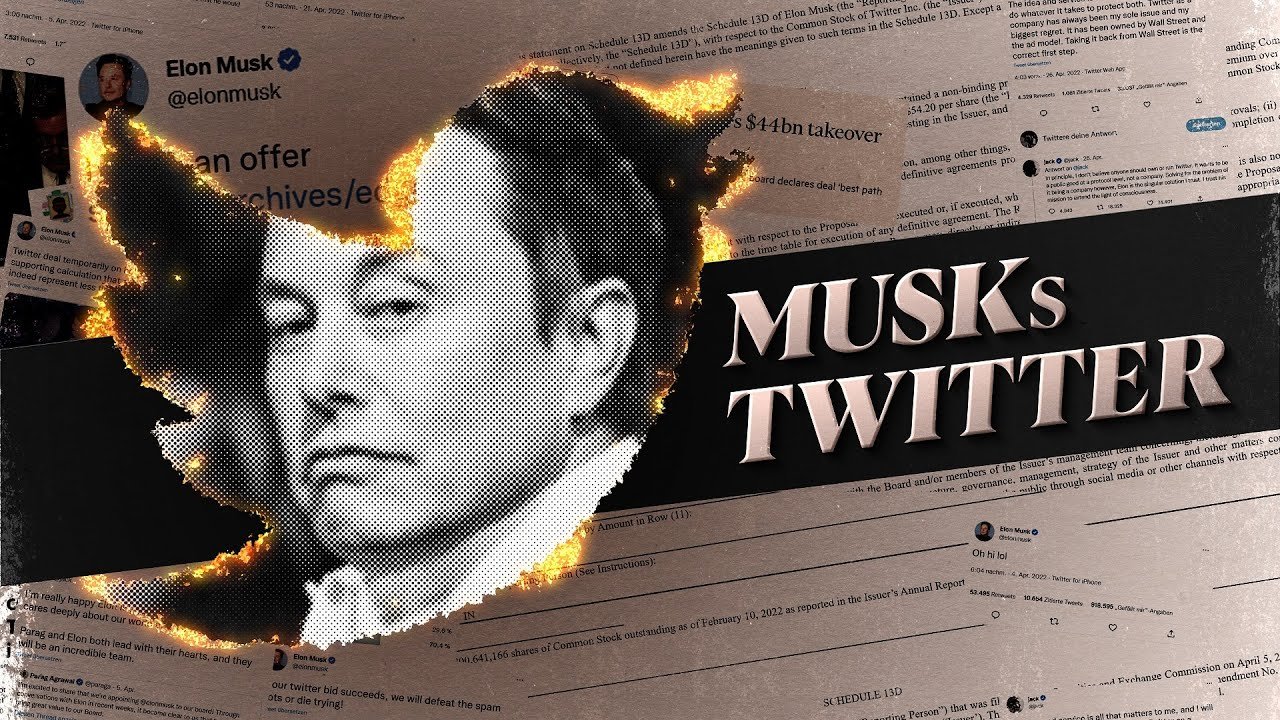 Elon Musk’s Twitter raises bankruptcy concerns, Twitter employees get fired. How?:- I expected that when Elon musk took over Twitter, it would be a train wreck.

It would be chaotic and it would be a massive failure. But even though I thought that it would like take a little while he is literally speed-running the destruction of one of the most popular social media companies on the planet. And even he seems to think that this could end in disaster at this point.

He said in a staff meeting with Twitter employees that bankruptcy isn’t out of the question. So to give you an idea of how great a CEO he is, he takes over and within nine days they’re contemplating bankruptcy. So he gathered all of his employees into an impromptu all-hands meeting.

Always a good sign. He gave them an hour’s notice. So it was an emergency impromptu all-hands meeting. He said that the economic picture ahead is dire and that they need to get to at least 50% of the money coming in via subscription.

I don’t know why that would be the measure. Why not just raise the ad revenue if money is what it’s about? Why is it so important that you get the subscription? I don’t know.

But anyway, that’s just the beginning of their issues. They’ve lost other key executives. So let’s see, we had the Chiefs of Info Security, privacy, and compliance. Their head of legal had warned their employees to call out sick and use a whistleblower service to avoid breaking the law.

Do you know why the head of their legal department needed to do that? Because Elon musk told the employees that they were gonna be responsible for complying with a bunch of the issues that they’re already having with the FTC, that is not on individual coders.

That’s why you have compliance departments in these major companies to make sure that you’re complying with the law.

The idea that some engineers that you’re having work 90 hours, work weeks, and sleep under their desks is also supposed to be like going through all the federal regulations to make sure that they’re complying with the law is insane.

Would open them up to legal jeopardy. And so their head of legal and tell them don’t do that, and there again on apparently the brink of bankruptcy, and that’s after just a couple of weeks. We’ve got other chaos, but Brett what do you think?

Guys, what I see here is a lot of Twitter employees who are refusing to rise and grind. And I think it’s a huge failure of people working hard for a guy that treats them like garbage.

And I’ve studied a lot of American history and that’s what built this town work hard for people who treat you like garbage. I know people who work for SpaceX and this is not overstated, at the end of the day, SpaceX has spent years and years and years trying and failing to build rockets that land, right?

They don’t have years and years and years to do this. That’s what’s so fascinating. They have to pay more interest on the loans that they took out to get this purchase done than the company makes every year. >> Yeah. Now they get caught.

What are you gonna do? And that all those loans are leveraged off of other companies he owns. So this is him doing that fancy project that’s just a vanity thing in an area he knows absolutely nothing about.

And he has to learn how to run a social media company. And I hope to God he fails. I hate to say it, but I think it’s so hilarious. And the thing that we take away from this is we’re watching libertarians learn that you need a few rules.

And he’s pretending that he hasn’t learned that in the last few days. Well, I think he’s trying to pretend to the advertisers that the rules will remain. But nothing about what he’s doing is reassuring everyone.

This isn’t just about coming up with good ideas that he doesn’t have the expertise or know the employees to accomplish, that would be bad enough. He’s coming up with ideas that on their face are horrible, and then he’s bundling the horrible ideas.

So the man who is going to save the planet one Tesla sale at a time, one overpriced luxury zero emissions vehicle at a time.

That doesn’t stop for Children and is kind of a menace on the road, Elon Musk, turns out we found out about a new private flight that he took. Probably, and I’ve been reporting on private flights for a little bit for TYT. One of the shortest flights I have seen.

Let’s go to this graphic from Hayden Clarkin. Elon musk took a nine-minute flight to san Francisco from san Jose y’all, which is five stops on the Caltrain. I have no words. There’s a map of it. You guys, if you’ve been to this area, I am from this area, and I know exactly what that is.

I’ve gone to see San Jose Sharks hockey games from San Francisco. It’s like a beer and a half of a trip. It is super short. It takes you 40 minutes if that, my man had to take a private nine-minute flight. That is what he did.

This is the same guy who by the way 2018 said Tesla exists to help reduce the risk of catastrophic climate change, which affects all species on earth. Even if your faith in humanity is faltering, this is worth caring about. Support makes a difference.

He was so different back then. And a mash-up was put together by of course Ken Klopfenstein of those two screenshots, in case we needed a reminder about how terrible private jets are for the environment.

A report from the United Nations warns that were absolute of course hurtling towards climate disaster if global greenhouse emissions like carbon dioxide don’t start dropping by 2025. Researchers pinpoint a potential guideline to keep things sustainable.

Everyone on earth should limit their carbon footprint too. A total of 2.3 metric tons per year, which still feels like a lot of tons. But let’s look at a private jet, it emits two metric tons of carbon dioxide per hour, per hour. Now, of course, if it’s a nine-minute flight.

I mean, maybe if you’re only taking, I mean, you could get within under that if you’re not taking that many short flights. But like is Ellen doing that? No, and we talked about how Kylie Jenner has been doing these all kinds of folks, whether it’s Steve Jobs or, Taylor Swift and Steven Spielberg have also been taking these.

If you need to go support striking workers in different warehouses, do you think Kylie Jenner even or Elon musk? Do you think these folks are flying commercially?