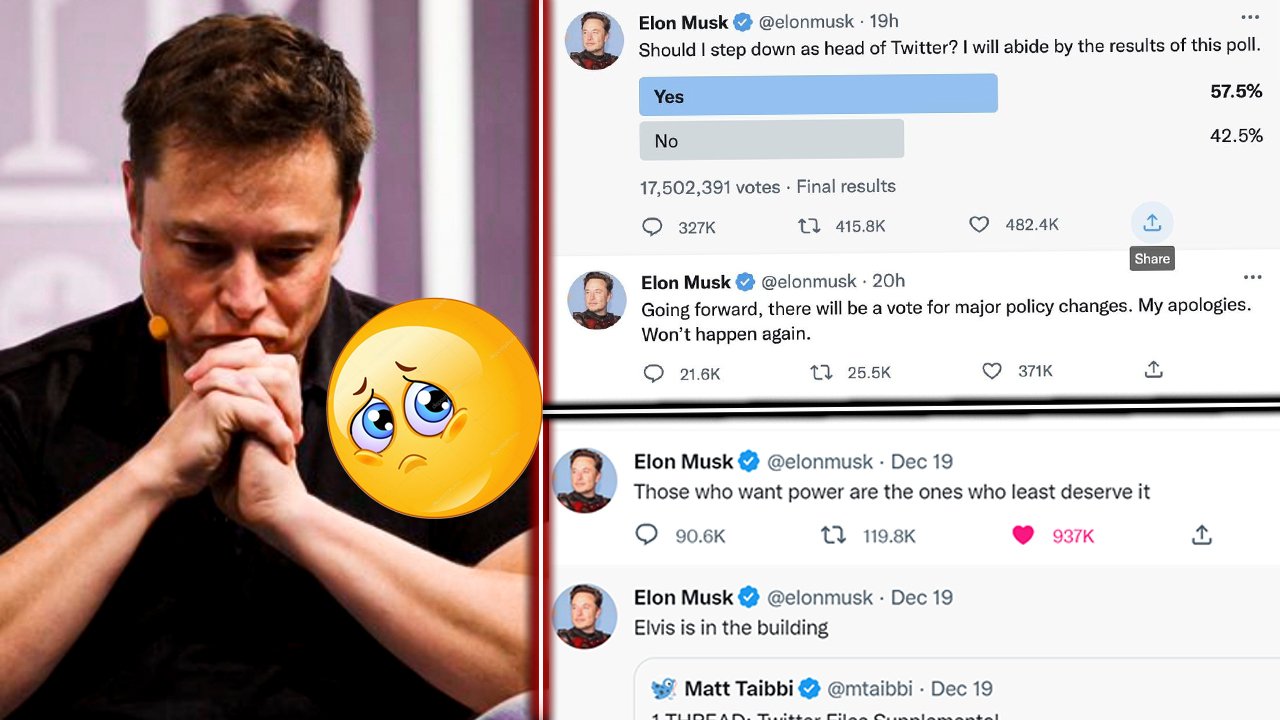 Elon Musk’s Twitter poll closed, and 57.5% voted in favor of removing him from the post of CEO; Tesla stock rallies:- Twitter CEO Elon Musk opened a poll asking people’s opinion on whether he should step down as the head of the micro-blogging platform.

The poll comes just a month after the Tesla chief closed a deal to take over the company. In the poll, it was observed that more than half of the voters want to see Musk step down as the head of Twitter. More than half of those who took part in the poll voted in favor of the move.

According to the poll launched by the billionaire on Sunday evening, about 57.5% of the votes were for “yes”, while 42.5% were against the idea of Musk stepping down as head of Twitter. More than 17.5 million people took part in the voting.

Elon Musk said he would abide by the election results, but did not provide details on when he would step down if the results were called.

Tesla shares soared on hopes Musk would step down from Twitter. Tesla shares climbed as much as 5.3% before the start of regular trading on Monday. Shares plunged 58% after Musk disclosed in early April that he had taken a stake in Twitter, compared with a 15% decline in the S&P 500 index.

Tesla closed last week at a two-year low, causing Musk to lose his spot on the Bloomberg Billionaires Index. While its CEO is kept busy on Twitter, the carmaker is cutting prices and production in China and offering incentives to customers to take delivery of vehicles in the US.

Tesla investors are concerned that Musk is spreading himself too thin after the Twitter deal.

Tesla has already lost nearly 60% of its value this year as, like other carmakers, it grapples with supply chain issues and increasing competition in the EV space.

Last month, Musk told a Delaware court that he would reduce his time at Twitter and eventually find a new leader to run the social media company.

“There is no successor,” Musk said on Sunday, responding to a Twitter user’s comment on a possible change in CEO.

The poll comes after Twitter’s Sunday policy update, which bans accounts created for the purpose of promoting other social media firms and content that contains links or usernames for rival platforms.

Thanks for reading till the end. Comment what your opinion is about this information:– “Elon Musk Twitter poll closes, 57.5% vote to oust him as CEO; Tesla stock rallies”