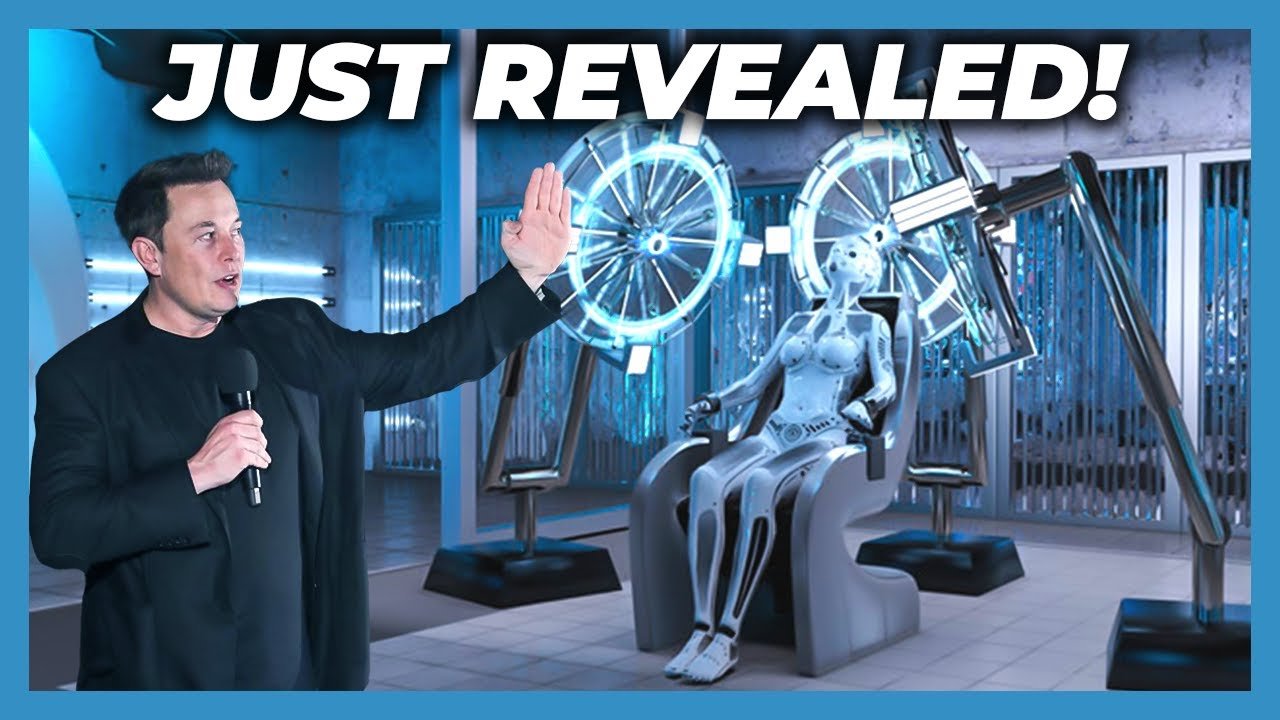 Elon Musk Reveals Optimus Humanoid Robot At Tesla AI Day 2022. Take A Look:- “Welcome to Tesla AI day 2022.” On the 30th of September 2022, Elon Musk declared the Tesla AI day open at the company’s headquarters in Palo Alto, California – showcasing a functional prototype of the Optimus humanoid robot to the world for the first time.

The event also saw Tesla display some other intuitive tech products, including a new creepy robot and the Dojo AI system

All the major highlights from the Tesla AI day 2022.

Tesla’s Optimus robot has been one of the most talked about tech innovations this year, with fans and analysts keen to catch a glimpse of Elon Musk’s latest invention. And in proper Musk style, the eccentric billionaire gave the fans what they’ve been yearning for and much more.

As Elon Musk took to the stage, the excitement around the venue reached peak levels in anticipation of the arrival of Tesla’s Optimus bot.

But just before Optimus made its long-awaited appearance, Elon Musk threw in a pleasant creepy surprise. “So, should we bring out the bot?” Within a few seconds, a skeleton-like humanoid robot called Bumble C emerged backstage with huge cheers and applause from the audience.

In appreciation, the bot waved at the audience while turning from side to side. One member of the presentation team was quick to point out that Bumble C works with the same self-driving system as in Tesla cars, and Elon Musk added that it was the bot’s first display without a support system.

“This is the first time the robot has operated without a tether and was on stage tonight.” The presentation was decent at best, and Bumble C didn’t display any special features other than acknowledging the cheers and applause from the spectators.

We saw exposed wires and actuators dangling all over the place, which made it look more like an exhibition of a steampunk robot. But in fairness to Elon Musk and Tesla, we were warned earlier that the prototype that was displayed is nothing close to what the finished product will look like.

“That’s our sort of rough development robot using semi-off-the-shelf actuators.” Also, Musk stated that the bot could do much more than what it showed at the event. And to prove him right, the media team put up a video reel of Bumble C carrying a package around an office space, lifting water cans, and performing simple tasks in a factory.

Still, humble beginnings, but the prospect is exciting nonetheless. Once Musk’s little surprise was done and dusted, it was time for the main central attraction of the day, the Tesla Optimus robot, to make its much-anticipated debut.

Knowing fully well the high level of anticipation around the event center, Elon Musk sought to water down expectations a little bit and prepare the audience for what was to come. The Tesla CEO warned that the Optimus wasn’t “quite ready to walk.”

However, in terms of design and other features, the displayed prototype will be very much similar to the finished product. “We wanted to show you the robot, something that’s fairly close to what will go into production, and show you all the things it can do, so let’s bring it out.”

And out came a prototype of the Tesla Optimus robot, albeit with the help of three members of Tesla’s engineering team. The sight of Tesla officials dragging it out wasn’t too pleasant to the eyes, but it was much better than what the company presented last year when a human dressed in a robot suit posed as Optimus.

Despite being wheeled onto the stage, Optimus did manage to pull off some movements, waving to the audience like the Bumble C robot did when it appeared on stage earlier. From then on, Musk and his team began to read out the exciting features that would make Optimus different from other robots, and of course.

To start with, Elon Musk says Optimus will have up to 200 degrees of freedom, meaning the robot would be able to make some human-like abilities like moving its fingers independently, climbing the stairs, lifting objects, operating different tools, and doing useful work.

“Optimus is designed to be an extremely capable robot but made in very high volume, probably ultimately millions of units, and it is expected to cost less than a car.

I would say probably less than $20,000.” You’ve probably heard of other humanoid robots like Sophia, Ameca, and the like, but none of them are produced in large quantities like Elon Musk and Tesla plan to do with Optimus.

Unlike conventional robots, Musk says Optimus would also be designed to be a friendly robot. “Optimus can both do utilitarian tasks and do tasks but can also be like a friend and a buddy and hang out with you.”

That would be quite interesting, and if Tesla can keep the unit cost below $20,000 like Elon Musk suggested, that would completely blow out the competition in the industry and perhaps help Musk achieve his goal of having a humanoid robot in every home by 2050.

Right now, this sounds like fiction, and many people probably don’t know the significance of this ambition. However, we bet it will be much more obvious a few years from now when the Tesla Optimus robot is officially launched.

The Tesla Optimus robot will weigh around 165 pounds and is equipped with pre-installed wireless connectivity and audio support. It will have a battery pack of 2.3-kilowatt hours, which should last the robot for a full day’s work.

In addition, Optimus will be equipped with a central computer that will function in the same way as the human brain, processing vision data and making split-second decisions. These decisions will be based on the robot’s multiple sensory inputs and communications.

More importantly, Optimus will be equipped with hardware-level security features to protect the robot and the people around it. As highlighted by Elon Musk during the presentation, the Tesla Optimus robot will have great real-life capabilities with its sophisticated actuators and fully functioning hands.

The Tesla Optimus robot will have a total of 28 actuators, with each one able to lift a half-tonne, nine-foot concert grand piano. The robot’s fingers are made of metallic tendons, which are both flexible and durable.

They’ll have the ability to perform wide-aperture power grasps as well as high-precision gripping for small and delicate items. Each hand will have six actuators, 11 degrees of freedom, and an in-hand controller to regulate movements and communicate with the system’s autopilot system.

As mentioned earlier, the robot’s autopilot system is the same as the one that’s used in the Tesla cars, except that the one installed in Optimus was trained with a different set of data. So rather than looking out for cars and pedestrians, Optimus is specially trained to detect humans and objects.

According to the Tesla official who anchored the presentation alongside Elon Musk, the Optimus robot that was displayed was assembled in six months, which makes the achievement even more impressive. Interestingly, Tesla has also been designing the next-generation Optimus robot in parallel to the current prototype.

And just before the close of the event, Tesla introduced its newly built custom supercomputer platform called Dojo. The dojo is an artificial intelligence system built from scratch by Tesla to be used for video training using data gathered from its fleet of vehicles.

Tesla already has a large NVIDIA GPU-based supercomputer which is among the most sophisticated in the world. However, the new Dojo customized computer is entirely designed using Tesla’s infrastructure.

According to reports, the new Dojo system will enhance Tesla’s capacity to train neural nets using video data. This is critically important to improving the computer vision technology behind Tesla’s autonomous vehicles.

The demonstrations by the Dojo AI system and Bumble C robot were quite impressive, showcasing Tesla’s strength as one of the biggest players in the tech industry. But understandably, Optimus grabbed all the headlines on the day.

And just in case you’re wondering how long before the Tesla Optimus robot hits the market, Elon Musk has the answer you seek. “I don’t know I’m like, I’d say probably within three years and not more than five years, within three to five years you’ll probably receive an Optimus.”

Thanks for reading till the end. Comment what’s your opinion about this information:- “Elon Musk Reveals Optimus Humanoid Robot At Tesla AI Day 2022. Take A Look”