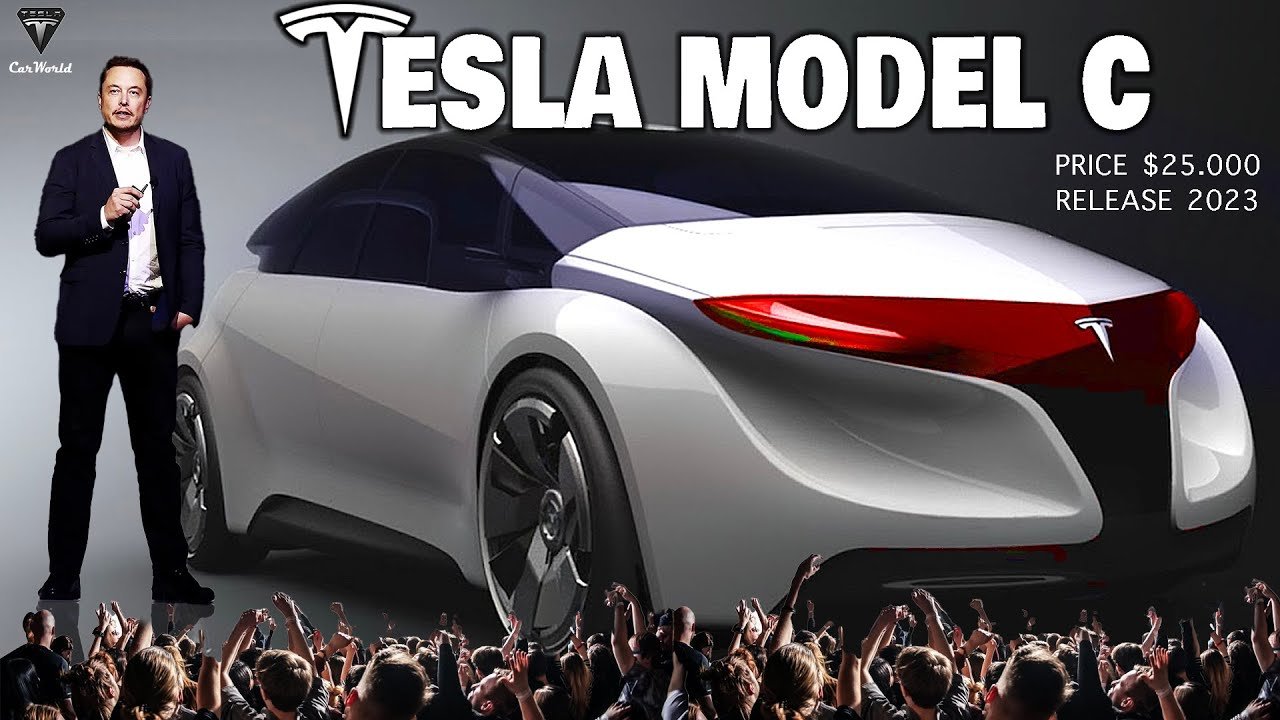 Tesla’s strategy has been to start with high-end vehicles and gradually launch more affordable vehicles to reach the mass market. It all started with a $100,000 sports car called the Roadster.

Then, came the Model S sedan and Model X SUV, both of which were high-end luxury vehicles that were only slightly less expensive than the Roadster. Later, options in the $45,000-$60,000 range were added to the Model 3 sedan and Model Y SUV.

With this, Tesla fans are looking forward to the much-awaited $25000 Tesla model to be revealed as promised by the company’s CEO himself, Elon Musk. Let’s Start with the $25000 Tesla Model Elon Musk stated in an interview with the Wall Street Journal that Tesla will produce a $25000 car.

He believes that the electric car company’s new battery cells and production initiatives will enable it to achieve this competitive price threshold, which might result in a 50% reduction in battery costs.

According to multiple sources, Tesla’s Gigafactory in Shanghai will produce the $25000 automobile before exporting it to other countries. In 2021, Tesla announced the opening of a new R&D center in China to build an electric vehicle in the Chinese style for the Chinese market.

Tesla has also begun accepting design submissions for its projected model from well-known design firms. It began hiring employees for the program shortly after design proposals were received. Musk has been attending company-wide meetings in recent days, making it a little easier to predict when the next Tesla will be released.

Musk indicated during one of those sessions that production of the next Tesla electric cars will begin in 2023. He also claimed that access to the next Tesla model would be largely contingent on Tesla’s entire self-driving system being manufactured and deployed.

Tesla’s CEO has frequently complained that the business’s cars are too expensive, and the company has a history of using price discounts and incentives to boost deliveries during important quarters.

The Tesla Model 2 is said to go on sale in 2023 Tesla currently has four mass-produced models on the market, all of which are performing exceptionally well. The S3XY range is now mature and will keep Tesla’s momentum going, but it’s time for the carmaker to focus on its next quartet to cement its dominance.

We already know that the Cybertruck, the next-generation Roadster, and the SEMI are all in the works, but there’s another future model that, if it plays its cards correctly, might become the company’s best-seller.

This might be feasible because the Biden administration is attempting to enact the GREEN Act, which would triple the federal tax credit cap for electric vehicles.

Instead of the present cap of 200,000 vehicles, the tax credit will be available on 600,000 vehicles from each automaker. Tesla, as we all know, has exceeded the 200,000-cap and is no longer eligible for a federal tax credit under the existing system.

However, if the GREEN Act is passed, 400,000 more Tesla vehicles will be eligible for a federal tax credit of up to $7,000, which is $500 less than the previous sales. This is without taking into account the state credits, which reduce the effective price even more.

In 2020, Tesla delivered 235,000 automobiles in the United States and 499,550 worldwide. This means the company’s new cap could be depleted in less than two years.

With 184,800 Teslas delivered around the world in the first quarter of 2021, the business had the best quarter in its 13-year existence. There’s no news on when the GREEN Act will be passed, but the Tesla models now on the market will likely profit from the program, while those priced at $25,000 may not.

It’s difficult to say until both the GREEN Act and the launch of the cheapest Tesla have a clear timeline. Tesla to focus on making cars affordable after profit boost Musk expressed concern over the price of Tesla cars during a conference call on the financial results.

“Right now, the thing that bothers me the most is that our cars are not affordable enough, and we need to solve that,” he stated. “All we want to do is be modestly profitable, grow as much as possible, and keep the automobiles as affordable as feasible.”

The Model 3 starts at £40,490 in the United Kingdom. Musk pointed out that the high cost of batteries is one of the reasons that electric cars are still relatively expensive to purchase, and he asked mining companies to increase nickel output, which is a major component in their manufacturing.

“If you mine nickel efficiently and environmentally sensitively, Tesla will give you a huge contract for a long time,” he added.

However, due to the forced closure of Tesla’s facility in Fremont, California because of the coronavirus lockdown, output was down 59% in the first three months of 2020, while being only 5% lower year on year.

The company stated it still plans to deliver half a million cars every year, despite the Covid-19 disruption making this “challenging.”

“I believe it is the way all-electric cars in the future will be manufactured,” Tesla CEO Elon Musk said at the company’s “Battery Day” event outside its Freemont, California, manufacturing facility.

Tesla claims that its new battery cell has a “tables” design that will give five times the energy, six times the power, and 16% more range than its previous battery cell.

The energy stored in the battery pack is transferred to the car’s drivetrain via a conductive metal tab in the company’s current vehicles, which are obtained from Panasonic.

The new battery pack achieves the same result by incorporating a sequence of microscopic bumps and spikes into the design, which the business thinks will eliminate the need for a tab and, as a result, save costs and production time.

After the patent was approved, Musk tweeted that the technology is “much more important than it sounds.” The new batteries will also be 56% less expensive to manufacture and are being developed wholly in-house, according to Tesla.

Thanks for reading till the end. Comment what your opinion is about this information:– “Elon Musk Reveals Next Generation Tesla Model Priced Only At $25k! FIRST LOOK!”