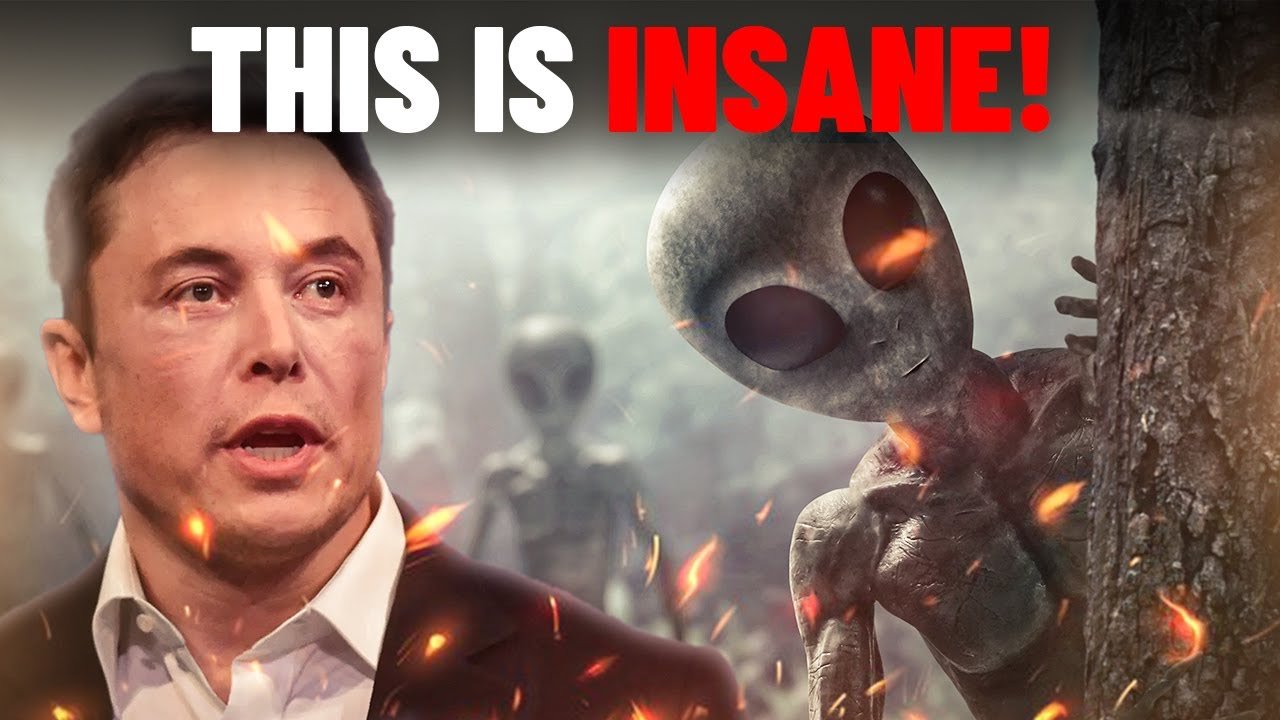 Elon Musk Real Thought About Alien’s Existence:- In case you missed it, Elon Musk is convinced that we’re not alone in the universe. He’s gone on record saying that he thinks there’s a “good chance” that aliens exist and they are probably observing us right now.

Why does Elon Musk think that we’re not alone in the universe? What does he know that we don’t? Is he just trolling us? In this video, let’s look at Elon Musk’s thoughts on aliens and see if Elon Musk has a point. Stay tuned till the end, and we will tell you everything.

First, let’s take a look at what Elon Musk thinks about alien life on Earth. So a common speculative theory that has been making the rounds is that extra-terrestrial visitors influenced human history.

The History Channel brought this theory to the mainstream in its show titled Ancient Aliens. It is claimed that everything from the Pyramids of Giza to Stonehenge was the work of alien visitors. What does Elon Musk think about this?

So it does seem like Elon Musk is skeptical of the idea that aliens had an influence on human evolution or the development of human civilization. However, back in 2020, Elon Musk tweeted, “Aliens built the pyramids obv.”

In addition, he also said that Pharaoh Ramses the second was probably cool with that or that the Pharaoh was an alien. This led to a storm on social media, and subsequently, the Egyptian government requested Musk to visit the pyramids and see how they were constructed.

In all likelihood, Elon Musk was just trolling to blow off some steam (It is possible he was stressed out waiting for the SpaceX Crew Dragon capsule to land back on Earth, after all, there was a lot at stake for Elon Musk and SpaceX in that mission.)

Now let’s get to the contentious topic of whether we have been contacted by aliens. There are many who believe that the governments of the world have conspired to keep communications and visits from extra-terrestrial beings private. However, most people are skeptical about these claims. Yet popular culture has been pushing this idea forward.

Next, let’s talk about alien sightings. Many people, including members of the US military, have come out with accounts of sighting Unidentified Flying Objects or Unidentified Aerial Phenomena. Back in 2020, the United States government even set up a task force to look into these sightings.

Now, what does Elon Musk think about alien sightings? So it seems like Elon Musk is not convinced that we have been contacted by aliens or that UFOs sightings showed that aliens were visiting Earth.

His point is that most of the photographs we have on record are of really poor quality, and it is easy to doctor or manipulate these images. The current scientific consensus also agrees with Elon Musk. But what if someday in the future, we get a surprise visit from some friendly or unfriendly neighbors? Does Elon Musk have a plan?

Now let’s look at what Elon Musk has to say about the prospects of the human race and why we should be looking to settle on other planets. You may think, of course, the CEO of SpaceX, a company that’s developing spacecrafts, would want to promote space travel!

After all, he does have a vested interest in selling tickets to Mars for 100,000 dollars! With any other billionaire, this level of cynicism may be warranted. But Elon Musk is different; he believes that humanity has to spread across the universe.

Lastly, let’s look at the prospects of finding a planet on which we can settle and what settling down outside Earth would mean for us. The first step toward settling on another planet would be establishing regular spacecraft service.

Then we can move the equipment and manpower necessary to build a settlement. Mars seems to be the closest habitable planet. So let’s look at Elon Musk’s views on settling on Mars. So Elon Musk believes it is not only necessary that we look to settle outside Earth for the safety of the human race; he believes that it would kindle a sense of adventure.

That we would stop fighting for land and resources on Earth and instead devote our energies toward space exploration. And that’s a wrap.

Do you think aliens have visited us in the past? Do you disagree with Elon Musk on this point? Do you think the human race is going to become multi-planetary in the future? Let us know your thoughts in the comments.