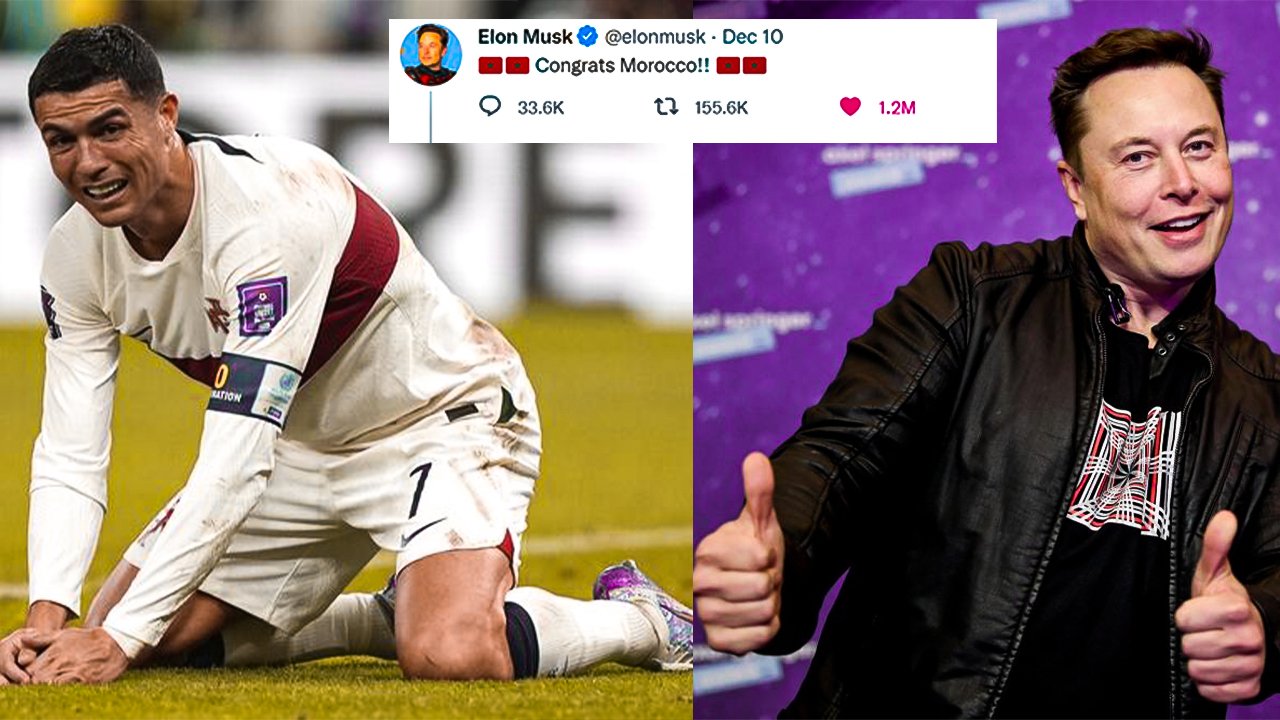 Elon Musk and Sundar Pichai react to Portugal’s defeat to Morocco; Check what they say in their posts:- Football is an exciting sport. Don’t know when the winds start blowing from different directions.

Morocco became the first African country to qualify for the semi-finals after beating Ronaldo-led Portugal 1-0 in the quarter-finals.

The moment halted Portugal’s march into the Qatar Football World Cup 2022 and broke Ronaldo’s heart for never winning a World Cup title again in his career.

It was Ronaldo’s last FIFA Football World Cup and his last chance to win it. It was a heart-wrenching moment for Ronaldo’s fans to see him break down on the ground in tears.

Social media is full of pictures and videos of Ronaldo in tears. Victory and defeat are part of life. Even if he fails to win the FIFA Football World Cup title, he will remain the greatest and most extraordinary footballer the world has ever seen.

Touted as the biggest upset in the history of the Football World Cup, it sent shockwaves across the world from Elon Musk to Sundar Pichai. They express their feelings in the post.

Google and Alphabet CEO Sundar Pichai called it a historic moment. He wrote, “It is wonderful to see the scenery in Marrakesh (one of the most beautiful cities I have visited).

Historic moment – the first African country to make it to the semi-finals – congratulations Morocco!”

A user replied to Pichai’s post and said, “Morocco has a population of less than 40 million and is around 148 on GDP basis and around $3500 on PPP basis with a per capita GDP of $113 which is close to that of India.”

1.67 times more than that. They just made history to become. The first country to reach SF in FIFA. It’s unbelievable but true!!”

Anand Mahindra this time asked for Africa by singing the theme song of the 2010 FIFA Football World Cup ‘Waka Waka’ sung by popular pop-star Shakira. “The prophecy is finally fulfilled… they rise!”

Thanks for reading till the end. Comment what your opinion is about this information:– “Elon Musk react to Portugal’s defeat to Morocco; Check what they say in their posts”