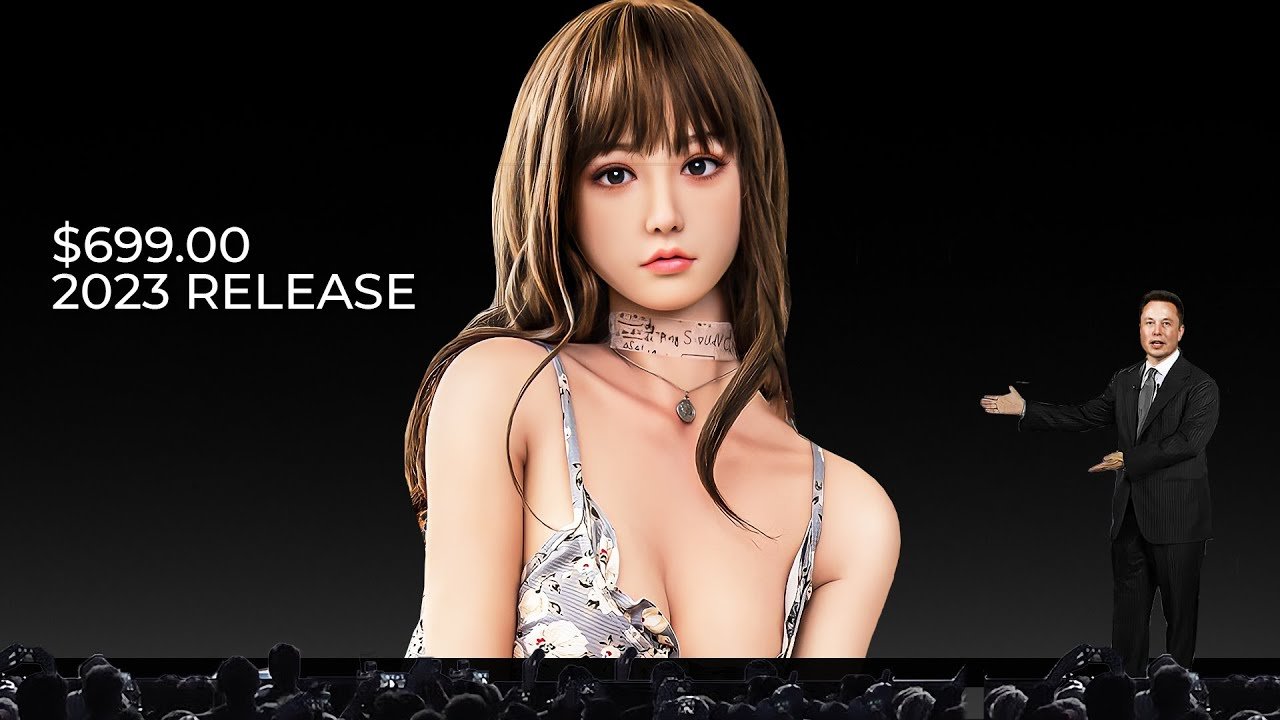 Elon Musk Just Released Fully Performing Tesla AI Bot! Take A Look:- While Black Mirror and even the Powerpuff girls have touched on the chaos that might ensue if you let AI robots into your home.

Elon Musk has ignored all of it and has been working on the Tesla humanoid robot for years now, and well, it’s finally here, and it’s going to change everything.

Today we’re going to be talking about the Tesla bot Optimus, everything it is supposed to be, and why Elon Musk is even making it. So let’s jump right into it! Elon Musk is a man of many words. We say that because there have been times the man’s made some serious claims with nothing to back them up with.

But other times, he’s said things that seem insane, almost impossible, but somehow has fought through the world to make those things happen anyway. The Tesla cars were one. The literal Moon landing was another thing that the world thought was impossible, but Elon Musk did it anyway.

With both of those alone, it’s clear that if this man sets his mind on doing something, he’s going to do it. But in all of those legit claims came the Tesla Bot. For years now, Elon Musk has talked about the possibility of AI doing everything for us.

He’s given us a real-life glimpse of that with the Tesla Autopilot, and while there are some kinks to work out there, overall, it’s a pretty massive step in technological advancement. No one can deny it! But what would it be like if the same idea was applied to a human-like robot? That’s the question that Elon Musk is asking, and well, he’s also got the answers.

After teasing the possibility of AI robots being essential to the world for years, Musk showed the world a little peek at it last year at Tesla’s AI Day. We got to see the look of the Tesla Bot, and well, it got people talking.

Now, before we get into what’s happening right now, we have to talk about the things we were told about the Tesla Bot at the initial unveiling. So, Tesla has been working on improving the self-driving feature of their cars.

With it, they’ve even made their D1 chip that just takes the whole thing to another level. That’s also how they transitioned into the thought of making robots in the first place. At the 2021 AI Day, Musk himself called Tesla a “Robotics Company,” not a car company, which most of us knew Tesla to be this entire time.

But it does make sense. Tesla develops intricate software for their cars and just happens to also make cars that could use AI. As Musk put it, “The cars are essentially robots on wheels.”

So the next logical step might just be to make robots without the wheels, right? That’s where things are going so far! Musk revealed the Tesla Humanoid, a 5 foot 8, one hundred and a twenty-pound robot that looks like a human.

It has arms, legs, a head, and all ten fingers; no toes, though, but maybe robots don’t need toes. At least, this one doesn’t. Now, before your mind goes into high gear about a robot army killing all the humans and taking over, this one isn’t supposed to let that happen.

It can only run at a max speed of 5 miles an hour, only lifts around ten pounds in its arms, and is generally just built to do repetitive, boring tasks that humans simply don’t want to do.

So what Musk is saying is that the Bot might be taller than a lot of us and be artificially intelligent; it won’t be a direct threat to us. We will be able to outrun it, and because it’s also lighter, we could push it out of the way if we ever need to.

Considering the AI doesn’t just learn how to use its physical limits as an advantage and take over anyway, but that’s a conversation for later. For the time being, he’s just described it as the robot that will do things that you don’t want to do.

Tasks that are too boring or repetitive for your time. One of the things they mentioned could be is grocery shopping! Imagine the hours you’d save if you didn’t want to be the one to get in your car, go to the store and pick up some random item that you just forgot for the delicious pasta recipe you wanted to try out.

Sure, you’ve got delivery services and all that Jazz, but who wants to pay those exorbitant fees whenever you can just have your very own little robot to go fetch whatever you want for you? Think of it like a robot butler. It could easily just help you around the house all day so you can focus on the things that matter.

Pretty great, right? Well, sure! If it can be achieved. So, fast forward to the 2022 AI Day, and the prototype of the Tesla Optimus was finally here! When the Tesla AI Bot was initially talked about in 2021, an actor in a suit was a stand-in to convey the idea of the robot itself, but this time, it was the real thing.

Now, yes, the Tesla Bot that’s been unveiled isn’t nearly as pretty as it was supposed to be, but you can always brush up on the aesthetics before the eventual launch. The whole point of the prototype was to see if the claims Elon Musk had made about the Tesla Bot could come to life.

And to some extent, he’s proved that they can! The Tesla Bot Optimus is a bipedal robot that Tesla’s AI Chip powers, it’s 161 pounds now and can hold 20 pounds; the speed is still 5 miles an hour, though, so that’s a relief at least. But the thing is, right now, it’s not as functional as you’d be expecting.

Sure, the robot can walk and pick up stuff, but for now, it’s having a lot of trouble balancing and everything else. It’s nowhere near the threatening robot we all thought it would be! But that’s part of the process.

The fact that Tesla was able to build a robot that was able to walk independently has been no small feat. So it’s not that far off to think that, eventually, it will be able to get to the level that Musk has already promised.

When he was asked about a potential timeline, he just said that things would take time but that Tesla is trying to bring to the world the fully functional, dependable humanoid robot as fast as possible. Plus, considering Musk has confirmed that these robots aren’t just for a select few.

They’re going to be mass-produced by the millions, so they will make sure to have them ready for use with as close to zero problems as they can! The Tesla Bot Optimus is supposed to retail for $20,000. However, it’s possible that it would end up being a lot more expensive once it comes out.

He might just be making them sell them as armies to the world’s leaders that might want to amp up their armies without risking losing the manpower. That would also explain why the robots are in humanoid form.

Generally, robots are not made to resemble humans because even though we’re efficient at doing most things and can figure out our way around the world, we’re not really in the “optimal” shape to do things.

Unless, the purpose is to replace humans by doing something that’s somewhat robotic, and doesn’t involve emotions, like being on the battlefield! It wouldn’t be that far off an idea considering Musk got pretty involved in the Russia and Ukraine conflict and has been pretty outspoken about his views on world politics.

Elon Musk’s real motivation to build the humanoid robots is something that only he knows, but for now, it’s pretty intriguing to see how the robots would come to life, and what they can do for the world! And on that note, What do you think about the Tesla Humanoid robot?

Thanks for reading till the end. Comment what your opinion is about this information:– “Elon Musk Just Released Fully Performing Tesla AI Bot! Take A Look”