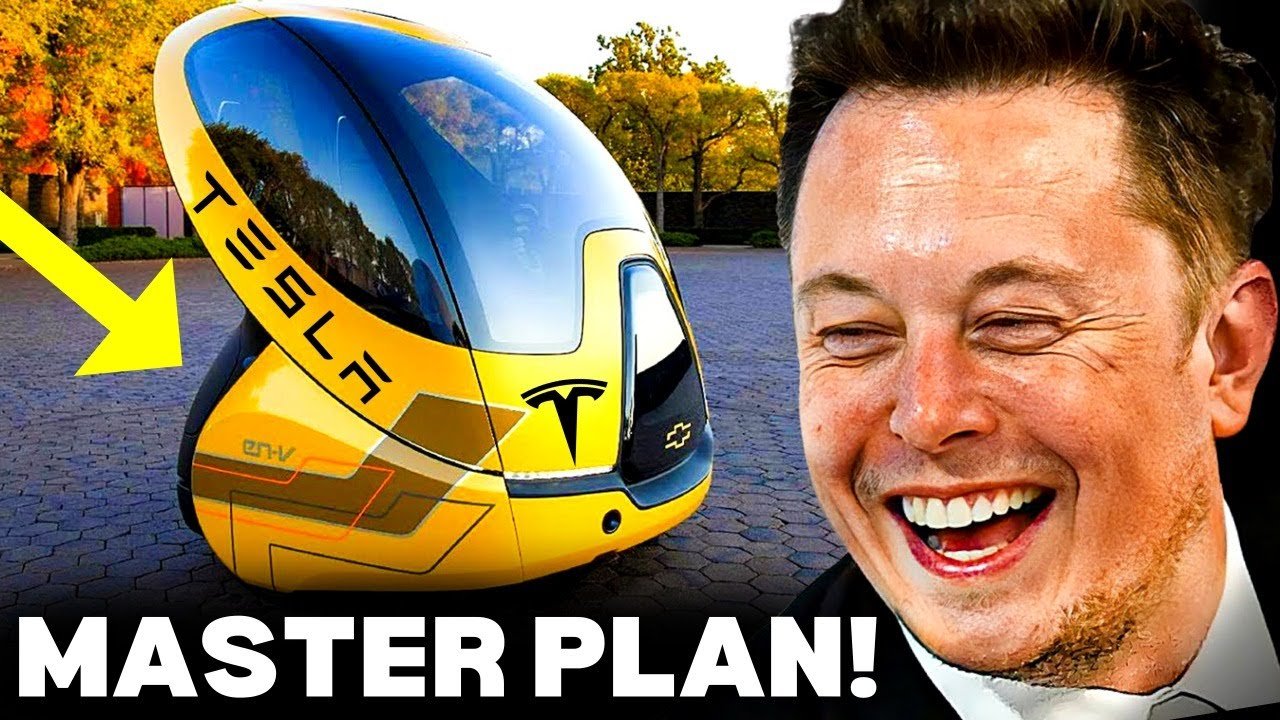 Elon Musk Just ANNOUNCED New Masterplan That Will Shock Ford!:- In recent years, diesel vehicles have received a lot of backlash because of the harmful emissions they release. In some instances, authorities are even considering outright bans on their operation in populated regions.

Nevertheless, there have been some hostile responses from diesel vehicle owners. And they claim they just got these cars because they were the most eco-friendly choice. Luckily, there is now an alternative to diesel that is less harmful to the environment and cheaper to buy: hydrogen.

In fact, some cars on the road are also using this! However, the automotive industry is still researching hydrogen fuel technology and how to properly and cheaply transport it. It’s all About a breakthrough in how to transport hydrogen by an Israeli company that will SHUT DOWN the entire EV market!

Hydrogen, the most common substance in the universe, is used to power fuel-cell electric vehicles. And even though fuel cell vehicles use electricity, they do so differently than battery-powered or plug-in hybrid vehicles.

Now, when hydrogen undergoes an electrochemical reaction, electricity is generated and used to power the vehicle. Furthermore, hydrogen was unanimously supported by the governments and delegates present at United Nations Climate Change Conference or COP26 in Glasgow in November 2021.

Delegates heard from the International Renewable Energy Agency or IRENA that switching to green hydrogen and its derivatives may reduce carbon emissions by 10% from current levels by 2050. Now, the CEO of an Italian energy infrastructure company, Marco Alvera, has also spoken out.

And according to him, an energy revolution is just around the corner. Because of this, hydrogen may play a significant role in implementing entirely decarbonized energy for buildings. For quite some time, fuel cells have been the subject of research and development in the automotive sector.

Moreover, thousands upon thousands of hydrogen-powered electric vehicles are currently operating on the roads. Hydrogen supply for refueling fuel cells is a significant issue for original equipment manufacturers.

But now, the Israeli firm GenCell proposes transforming renewable hydrogen into ammonia so that it can be more conveniently transported and stored. Now, we recently made a video about GenCell. However, for the sake of those who haven’t watched it yet, let me tell you a bit about this company.

GenCell was established in the midst of the growing severity of the climate crisis in 2011. It was developed to speed up the process of switching from polluting fossil fuels to hydrogen, which is a clean energy source with fewer environmental impacts.

GenCell Energy is the industry standard in producing alkaline hydrogen fuel cells. In addition, its products supply humans with backup and off-grid electricity that is stable and robust without emitting harmful pollutants.

The backup power it generates using an alkaline fuel cell technology is reliable and requires no upkeep. This spans a wide variety of industries worldwide, from telecommunications and utilities to security and healthcare to autonomous electric vehicle charging stations.

Now, GenCell aims to make renewable hydrogen energy commercially and widely available. And it is effective because it reduces the time and money required to implement it. Moreover, GenCell has created a game-changing method for producing hydrogen on demand from ammonia.

So, why ammonia, among other compounds? You see, liquid ammonia is the best medium to transport hydrogen. This is because its hydrogen density is high at standard conditions at room temperature and pressure.

It’s also considerably simpler and cheaper to transport ammonia than hydrogen because a massive infrastructure already exists for storing and delivering it. Because of this, converting hydrogen into ammonia provides a practical method of storing renewable energy during off-seasons.

In addition, the abundance of solar and wind-generated renewable energy prevents their needless waste. Now, the expensive cost of manufacturing fuel cells is another issue that has hampered their widespread use.

However, the company’s patent-protected advancements have drastically lowered GenCell’s fuel cells’ capital expenditures and operating expenses. And because of this, they can now be used by the general public at a lower cost.

You see, diesel is popular since it meets many people’s fuel needs, is readily available, and costs less than other options. However, diesel causes severe air and soil pollution. It’s also simple to steal and resell for profit, especially in outlying areas where it has a wide variety of applications.

Similarly to diesel, the infrastructure necessary to transport and store ammonia is well-established. However, ammonia is preferable to diesel because it costs much less. In addition, by making green ammonia locally using renewable energy, GenCell seeks to achieve entire green solutions.

This is done so that green hydrogen may be supplied to its fuel cells, facilitating a zero-emissions energy economy from “well to wheel.” So, where does GenCell envision hydrogen’s future in the auto industry? Hydrogen will undoubtedly be pivotal in the future of the automobile industry.

In addition, this is the best option for emission-free and long-term energy storage. You see, batteries work for lightweight passenger vehicles with low power needs, but they aren’t practical for large vehicles like trucks, buses, or trains.

And large, energy-hungry cars can’t get enough power from batteries because they’re too hefty, which drives up production and transportation costs. Hydrogen fuel cells provide a more cost-effective and stable power source for various applications.

The need for a widespread network of distributed EV charging stations will increase dramatically as the number of EVs on the road rises. On the one hand, the projections suggest that the power provided by the system will not be sufficient.

And there’s a huge demand to fuel the predicted number of EVs hitting the roads. Furthermore, many destinations that EVs will need to drive to will be off the power grid. And these problems can be solved using hydrogen and ammonia-powered, off-grid EV charging stations.

Now, because of this collaboration, progress on the charging infrastructure needed to satisfy the needs of the global EV market will be made. The first step of the project is to set up several pilot sites in Israel, perhaps at the beginning of 2022.

Additionally, e-mobility businesses around the globe are likely to show interest in them. The two businesses will also discuss taking their partnership to China and other regions. And the initial experiment in Israel was so fruitful that they decided to expand it.

Moreover, they intend to do so through EV Motors’ current partner network, which includes Sun Surplus Energy and Co Ltd. So guys, what do you think of this breakthrough technology by GenCell?

Thanks for reading till the end. Comment what’s your opinion about this information:- “Elon Musk Just ANNOUNCED New Masterplan That Will Shock Ford!”