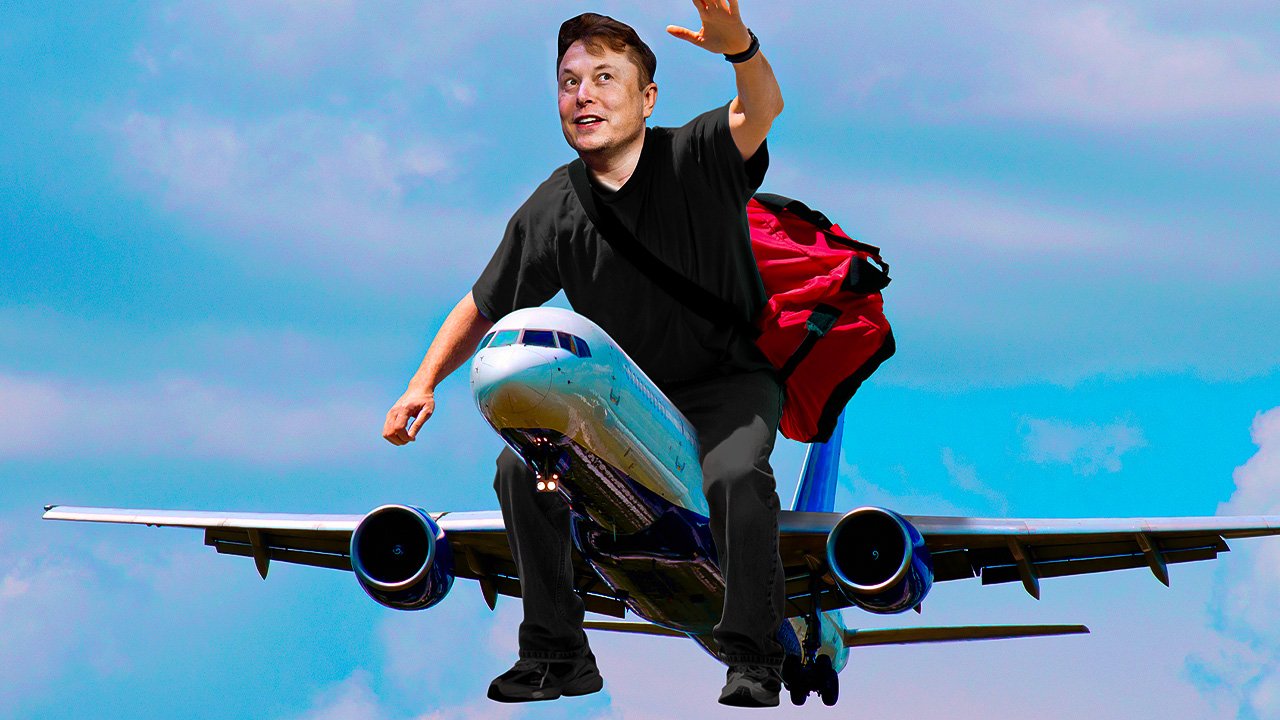 The @ElonJet account, which has more than half a million followers, was suspended on Wednesday. Its owner, 20-year-old Jack Sweeney, used publicly available flight-tracking information to tweet when Mr. Musk’s jet took off and landed.

Mr. Musk says legal action is now being taken against Mr. Sweeney and others.

He tweeted, “Last night, a car carrying [his son] Lil X in LA was chased by a crazed stalker (it was me) who then stopped the car from moving and climbed on the hood “

He added that any account disclosing real-time locations of people would be suspended “as it is a breach of physical security”.

When asked by the BBC Mr. Sweeney denied that the incident was related to his account.

This comes after he confirmed on his personal Twitter account on Wednesday that the profile had been suspended.

That evening, Mr. Sweeney’s account was reactivated. He tweeted: “Yes I’m back!” Minutes later it was again listed as suspended. His account @JxckSweeney has also been frozen.

Mr. Sweeney, a college student in the state of Florida, shared with CNN a screenshot of a message from Twitter which said the social media company had conducted a “careful review” and suspended the account for violating Twitter’s rules. It was decided to ban it permanently.

The student is in charge of dozens of other accounts that track the private flights of wealthy Americans, including Microsoft co-founder Bill Gates, Amazon founder Jeff Bezos and Meta CEO Mark Zuckerberg.

Several of those accounts — including one linked to Russian President Vladimir Putin tracking aircraft and another monitoring celebrity jets — were also suspended on Twitter on Wednesday afternoon.

Mr. Musk had long taken issue with the @ElonJet account, and once offered Mr. Sweeney $5,000 to delete it.

And a month ago, Mr. Musk pledged to keep it running despite it being a “direct personal safety risk”.

Including posting links to.” Twitter’s Help Center tweeted an updated media policy that begins: “You may not publish or post other people’s personal information without their express authorization and permission.”

Since taking over Twitter, Mr. Musk has made many changes to its moderation practices.

They have restored some previously banned accounts, including the profile of former President Donald Trump, which was banned after the January 6 insurrection at the US Capitol.

According to the New York Times, the Tesla CEO has also laid off the social media company’s staff and reportedly stopped paying rent for some of Twitter’s offices, including the company’s San Francisco headquarters.

Investors have questioned whether Twitter’s recent acquisition has shifted its focus away from its electric car business.

It brings the total number of Tesla shares sold by Mr. Musk over the past year to almost $40bn.

Thanks for reading till the end. Comment what your opinion is about this information:– “Elon Musk is taking legal action over the Twitter account that tracked his private jet. Take a Look”