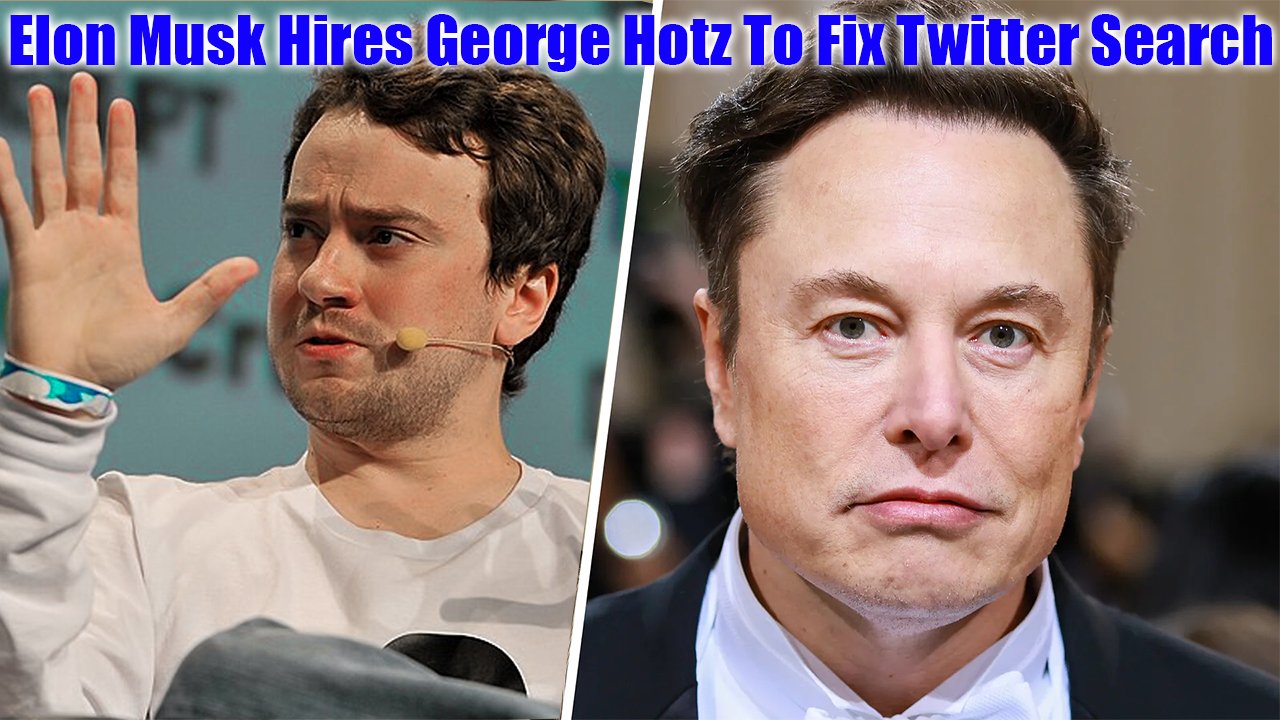 Elon Musk Hires George Hotz To Fix Twitter Search. Who Hacked iPhones As A Teen.:- When the majority of employees have had to quit Twitter, Elon Musk hires star programmer George Hotz.

Who is George Hotz, what is his background, and what he has done to be hired by Twitter when everyone else had to quit? American security hacker, entrepreneur, and software engineer, George Hotz, alias “geohot”, was born on October 2, 1989.

George is known for developing iOS jailbreaks, reverse engineering the PlayStation 3, and the subsequent lawsuit brought against him by Sony. In September 2015, he started working on his AI and machine learning vehicle automation company: comma dot AI.

In August 2007, when George Hotz was only 17 years old, he became the first person to successfully remove the SIM lock from an iPhone. He traded his unlocked 8GB iPhone to Terry Daidone, the founder of Certicell, for a Nissan 350Z, and three locked 8GB iPhones.

George continued with his jailbreak activities until July 13, 2010, when he went public stating he’d stop these actions since he had received unwanted personal attention. However, George continued to release software-based techniques until October 2010.

A few days later, he released his work, so others could do the same on their PlayStation 3 devices. About 6 months later, George posted on his Twitter that he was abandoning all efforts toward Playstation 3, but on January 2, 2011, George Hotz was back poking fun at Sony and Playstation, when he posted a copy of the private key that made it possible to play pirated games on the device on his website.

Sony responded by filing for a temporary restraining order against George a couple of days later. George then went public and released a satirical rap song about being sued by Sony.

In turn, Sony required the platforms where George Hotz had accounts, including YouTube, to hand over the IP addresses of people who visited his profiles, along with those who read his posts and watched his videos. PayPal was one of the companies that released information to Sony.

By April 2011, Sony and George Hotz had settled the lawsuit out of court, and George promised that he would never again do any hacking work on Sony products. George Hotz gained a big side income when people started donating money to him because of the security operations he carried out.

After the settlement with Sony was completed, George joined the Facebook team, where he worked from May 2011 to January 2012. In July 2014, George started working for Google, with the Project Zero team, where he developed Qira to dynamically analyze application binaries.

He was also employed at the start-up company Vicarious from January to July 2015. After a tweet on Twitter in mid-November 2022, in which George Hotz wrote that it was time to check out how Twitter worked, and with a successful stream, George Hotz described how he wants to make the internet free again.

A few days later, it was announced that Elon Musk had hired George Hotz on a 12-week assignment. George has previously stated that he does not sign long-term contracts but only works with projects for shorter periods. Even big names like Twitter it seems.

George Hotz founded AI startup company Comma dot AI in September 2015. The company focuses on vehicle automation technology through AI and machine learning. George built a self-driving functional program that he demonstrated via a video in 2016.

On October 31, 2022, George announced that he would be taking some time off from the company. Before we wrap up, here are some quick fun facts about George Hotz: In 2008, he was named a top 10 overachiever under 21 by PC World.

In 2013, he started making music, and until June 2021 he released 28 songs that are still up on Soundcloud. In 202, he founded the cryptocurrency ETH.

George Hotz has a Twitch channel with over 62,000 followers, where he often live-streams his programming. Comment your thoughts on George Hotz! What do you think he’ll be doing with Twitter?

Thanks for reading till the end. Comment what your opinion is about this information:– “Elon Musk Hires George Hotz To Fix Twitter Search. Who Hacked iPhones As A Teen.”