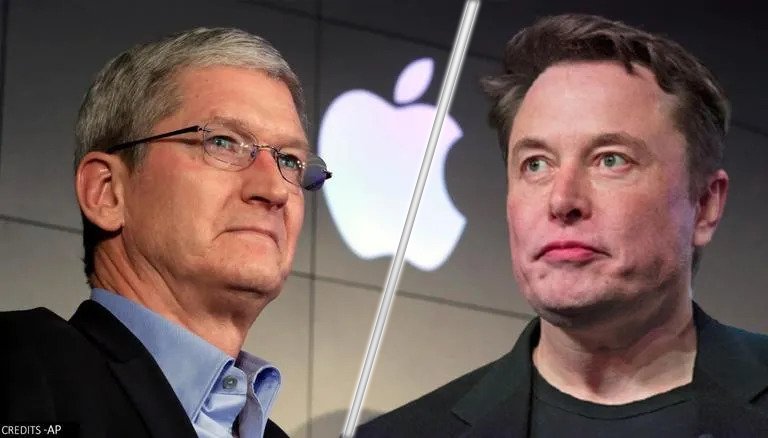 Must even tag Apple CEO Tim Cook in the threat, asking him quote what’s going on. Apple has not responded to requests for comment. However, many advertisers have paused their ad campaigns on Twitter. Since Musk bought the company last month, citing concerns about harmful content on the site.

You know, looking at this from the outside, it seems pretty risky for Ellen must be going after Apple. Why is he doing this? In a lot of ways.

This is very much Elon Musk’s thing, right? He’s a very abrasive individual online. He has made his name by going against a lot of the grain and Silicon Valley and so no surprise he would decide to pick a fight with the world’s most valuable company.

It’s worth noting. He’s also the world’s richest man, so he doesn’t have a lot of people who tell him, no, a lot I imagine And when Apple said, you know, Hey, we’re not going to be spending as much money with you even Matter what the reasons were. He was not very happy with that.

It’s worth noting that He has complained a couple of times publicly about how advertisers have pulled spending so much that it’s hurting Twitter, which of course, is part of the whole problem here is something we’ve seen some reporting that Apple might consider removing Twitter from the APP store if it doesn’t abide by Apple’s content standards.

How likely is an apple to take that kind of action? Yeah, it’s interesting because when we think of censorship in this debate about moderation, we usually think of social networks, but one of the things that we’ve been writing increasingly about on Cnet is that Apple and Google serve as gateways as well, and they don’t typically flex their muscle.

But they do have rules that they set and every once in a while, there are apps that run aground against them, and they kick them out of their app stores. And with Apple, in particular, there’s no other way to get an app on the iPhone that is sanctioned unless you use their APP store.

So it’s the only option. And the big thing is that they’ve been telling other social networks, particularly ones that are more popular with extremists. Think of the parlor and Gavin.

Stuff like that is that they have been saying we’ve been hearing through the grapevine that if their moderation standards aren’t up to snuff right, and they don’t have enough stuff that stopping, for example, mass hate speech or child abusive imagery, which does show up on some of these platforms that they’re not going to allow them on the APP store.

And so that might be what Twitter is up against when you cut Half the staff Elon Musk you don’t have as many people to do the basic moderation that he needs in these tweets here, Musk really is taking aim at Apple’s APP store fees.

These 30% fees that they charge which we’ve known about, obviously for a long time. What are the implications of the fees the APP store fees for the new subscription service that he’s rolling out? Is this possibly what musk is worried about having you know, having to pay Apple for those subscriptions? You are connecting exactly the right dots.

This is part of the problem that Elon Musk is under. He’s losing advertising money. He’s trying to rely more heavily on subscriptions. Twitter blew right.

Is this idea of being able to not only be able to have access to new features like editable tweets but also have a blue check mark next to your name that caused its own trouble? But that’s $8 a month and he said, OK, well, if I can get enough people to sign up for this, maybe I can get Twitter out of trouble.

Well, he didn’t count. On on. It seems that apple charges of 30% fee on the first year of subscriptions and that is required through the APP store. They do this also with like new looks for your characters in video games and stuff.

They don’t charge fees by the way to Amazon and eBay when you’re buying real word girl goods So it’s going to be very interesting to see how this plays out. But Elon Musk is not the first person to this issue. As you pointed out, I imagine he won’t be the last to complain about a diva.

Thanks for reading till the end. Comment what your opinion is about this information:– “‘A huge mistake’ | Elon Musk claims Apple wants to remove the Twitter app. But Why?”