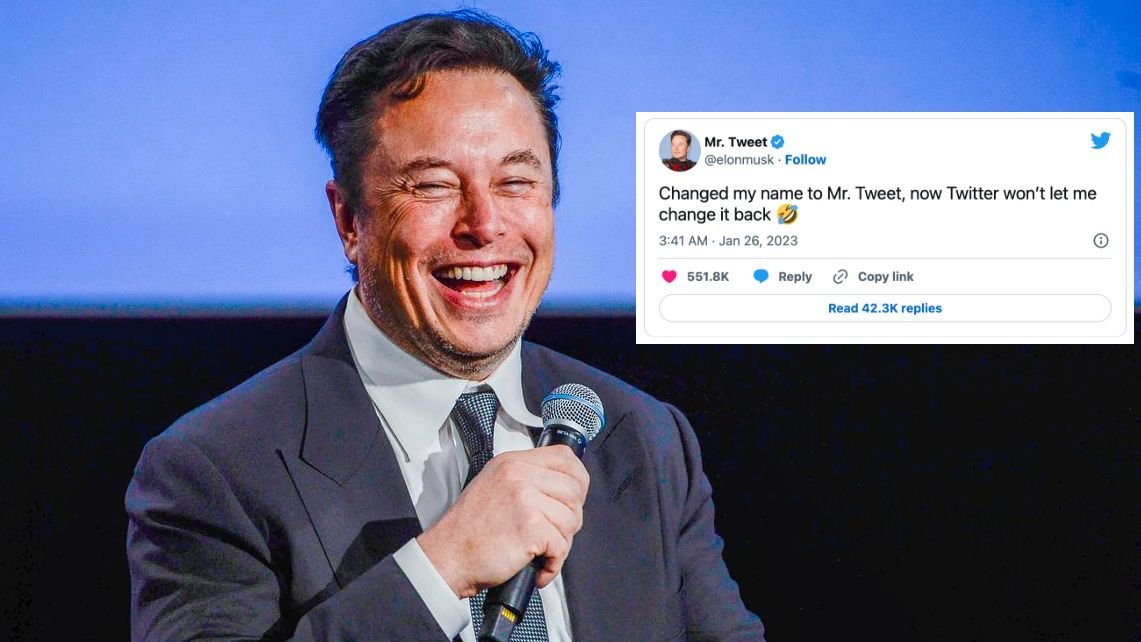 SpaceX and Tesla founder and CEO Elon Musk is known for his whimsical posts on Twitter, the microblogging website he took over last year.

Showing his self-deprecating humor, Musk changed his Twitter name to Mr. Tweet on Thursday and joked that the site wouldn’t let him change it back.

The reason behind Musk’s name change is an inside joke because a lawyer representing Tesla’s investors referred to him as such during a hearing.

“For anyone not in on the joke, the lawyer for the investors suing Elon accidentally called him “Mr. Tweet” while grilling him this week,” Elon Musk posted.

“I’m sorry there’s no recording of this — it was prohibited — but basically Elon replied “Mr. Tweet?” The whole courtroom laughed. And then He said: “actually pretty accurate,””.

According to McGee, Nicolas Porritt, the attorney representing investors suing Musk over Tesla’s share price, mistakenly referred to him as ‘Mr. Tweet’ in court on Monday.

A group of shareholders has accused Musk of manipulating Tesla’s share price when he tweeted in 2018 that he was considering taking the company private at $420 a share.

After Musk’s acquisition of Twitter, its policies and verification process changed tremendously.

In 2022, American rapper Doja Cat changed his stage name to “Christmas” and begged Musk to help him change it back.